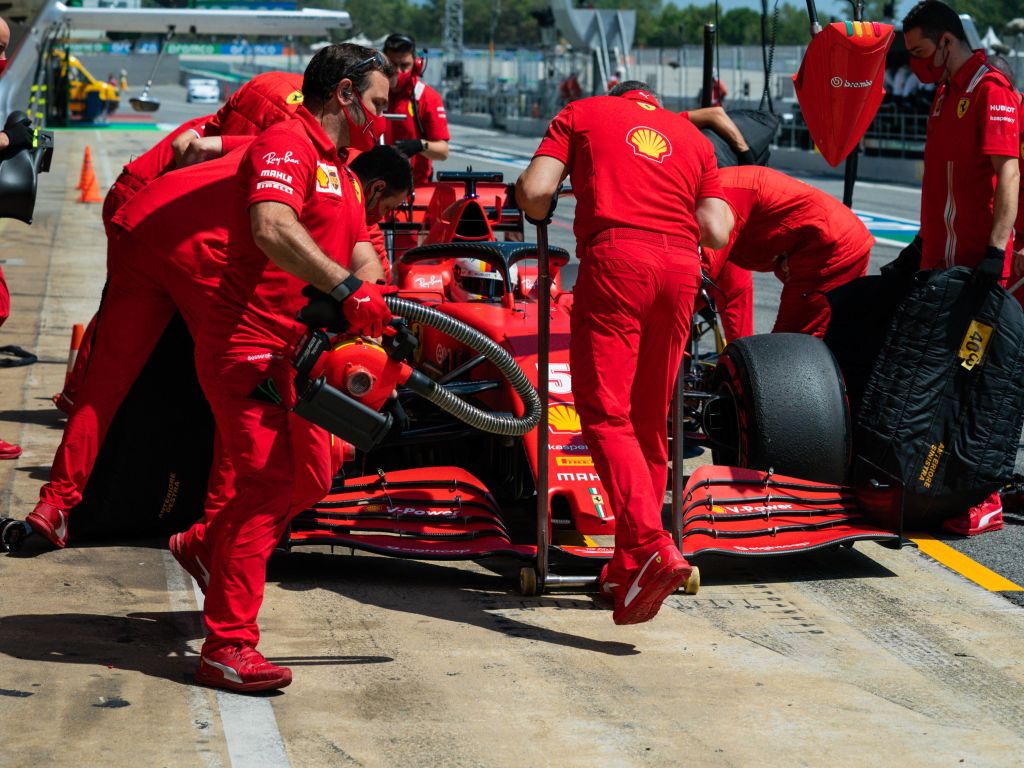 Ferrari’s Sebastian Vettel was again left without any answers following his Q2 exit at the Spanish Grand Prix.

It was a much closer affair this time around than when the four-time World Champion missed out on Q3 last weekend – 0.002 seconds was the margin by which he failed to make the final stage of qualifying in Barcelona.

But while that can be simply passed off as fine margins, the same can’t really be said for the gap to team-mate Charles Leclerc.

P9 represents a disappointing starting position for Leclerc, even considering Ferrari’s struggles this year, but Vettel still had 0.2s to find on his team-mate, making it the second weekend in a row so far where Vettel has been the slower of the two Ferrari drivers.

And even though Vettel said it was one of his better sessions of the weekend, he admitted his SF1000 is feeling “nervous”.

“The first sector was OK, but then in the middle sector the car started feel more and more nervous,” he told reporters at the Circuit de Barcelona-Catalunya.

“I struggled in particular in Turn 7, losing the rear halfway, so it was difficult to judge how much speed to carry in. Also Turn 5 was very tricky for me this afternoon.

“That’s the middle sector, and in the last sector, it got better towards the end, but still very tricky to find the right balance.

“It was one of the better sessions this weekend, but still obviously not good enough.”

Vettel has been given a new chassis for the Spanish GP, but as for whether it has improved his situation at all, the German racer said it remains “up and down”.

“There are some things I can’t really put an answer to,” he added.

“But I’m trying to do everything I can, and ignore all the things that might not be right, and do the best that I can. That’s all I can do at the moment.”

There had been talk heading into the race weekend that Ferrari could lead to part ways with Vettel mid-season, rather than at the end of 2020 as planned.

Team principal Mattia Binotto quickly shut that down though when speaking to Sky F1.

“That’s completely wrong, there are no reasons for it,” he said.

“He’s a talented driver, we know his potential.”