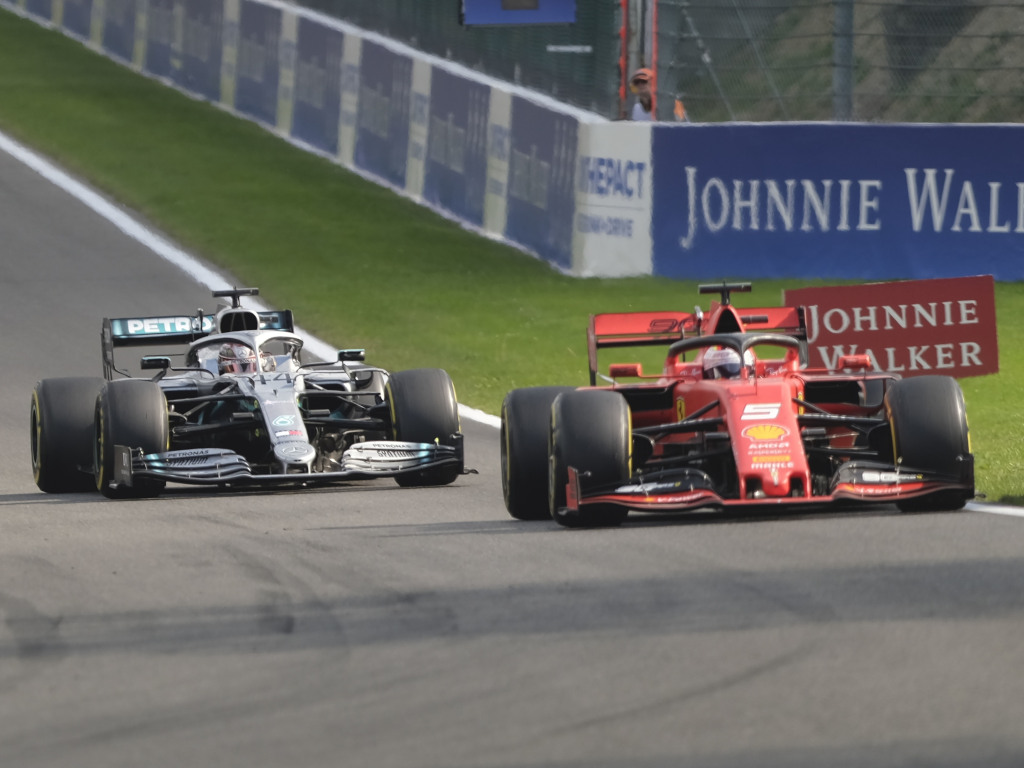 It is not a role that he is accustomed to, but Sebastian Vettel had no problems “playing a road block” for team-mate Charles Leclerc at the Belgian Grand Prix.

The German was comfortably outpaced by Leclerc during qualifying and in the race at Spa as the Monegasque driver secured his maiden grand prix victory ahead of Mercedes duo Lewis Hamilton and Valtteri Bottas.

Vettel, who finished fourth, did play a part in his team-mate’s win as he held off Hamilton for several laps, which allowed Leclerc some breathing space at the front.

And in the end he needed it as the chasing Hamilton finished just +0.981s off the pace.

Vettel, though, was more than happy to help out his fellow Ferrari driver.

“I was struggling in the corners, so that allowed him to get close,” the 32-year-old told Autosport.com.

“I couldn’t hold him off for a very long time. I tried to obviously make him lose time in order to give Charles a cushion, and in the end it was just enough, so it did the job.

“I couldn’t stay in range to look after myself, and I was sort of playing a road block to make sure that Charles was gaining some time.”

As for his own race pace, Vettel admits he was just never at the races on Sunday as he was “struggling for grip” and “sliding too much”.

He added: “I didn’t have the pace, I didn’t feel comfortable with the car.

“I was going through the tyres way too quick.

“I was struggling to feel the grip, to stay on top of the tyres, I was sliding too much. It was quite a tough race for me.

“And obviously from that point where we came in quite early it was clear that we won’t be there until the end. I guess I was sliding more [than Leclerc] but I don’t know why.

“[The race approach] was about the team. After the first couple of laps I felt I was not able to look after the tyres the way I would like, and from that point onwards I was just there to try and help the team, which I did.”