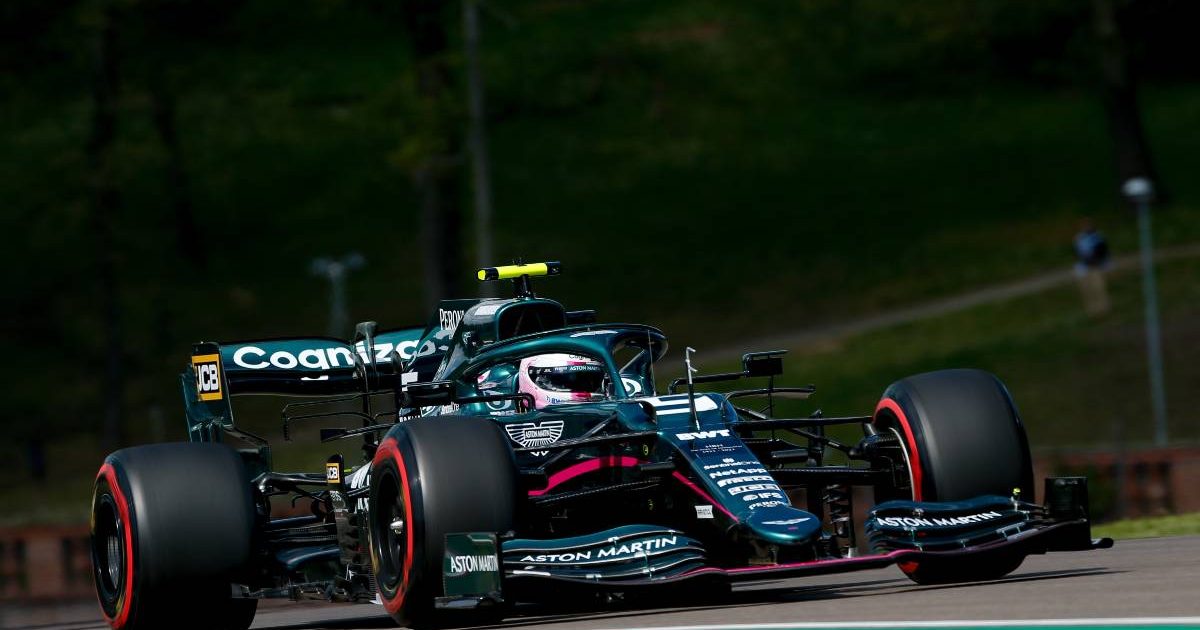 Sebastian Vettel has revealed he and his Aston Martin team expected a standing restart at Imola and based his strategy around that.

The race was brought to a halt following the collision between Valtteri Bottas and George Russell to allow the cars to be moved and the track to be cleared of the debris they had left behind.

Many expected things would get back under way with a standing start, including Vettel and Aston Martin.

In fact, they based their tyre choice for the final stint of the race on that assumption.

“I don’t know why it was a rolling start,” Vettel said as per RaceFans.

“With the red flag, we tried to start on a softer tyre but there was a rolling start which we didn’t expect.

“And then we had a higher degradation on the soft than others on the medium.”

It was widely expected and reported throughout the Red Flag period that a standing start would be used at the restart, with broadcasters not knowing that would not be the case until the cars left the pit-lane and headed back out.

Otmar Szafnauer, the Aston Martin team principal, feels the information was indeed provided by the sport somewhat late in the day.

“We anticipated a standing start again, but then we were told it was a rolling start quite late,” he said.

“All the teams were given the information at the same time and it was quite late that we were told it was a rolling start.

“I think the last red flag situation we had – where was it, Monza? – that was a standing start.”

A huge impact for last year's Monza winner on Sunday

Though his race was over, Charles Leclerc was okay after this crash coming out of Parabolica#ItalianGP 🇮🇹 #F1 pic.twitter.com/gwZbEQfVdT

A standing start was indeed used at Monza for the Italian Grand Prix last season after Charles Leclerc had crashed out at Parabolica.

FIA race director Michael Masi says the same call was not made again this time around at Imola due to concerns about damp patches on the track following the earlier rain.

“After a suspension, we can either have a standing start, as we’ve seen previously, or a rolling start,” he said.

“And having looked at the situation, particularly with the left-hand side in particular of the track on the approach to turn two, the far left-hand side, being quite damp, determined we would go for a rolling start.”