Home News Vettel effectively rules out Mercedes as an option 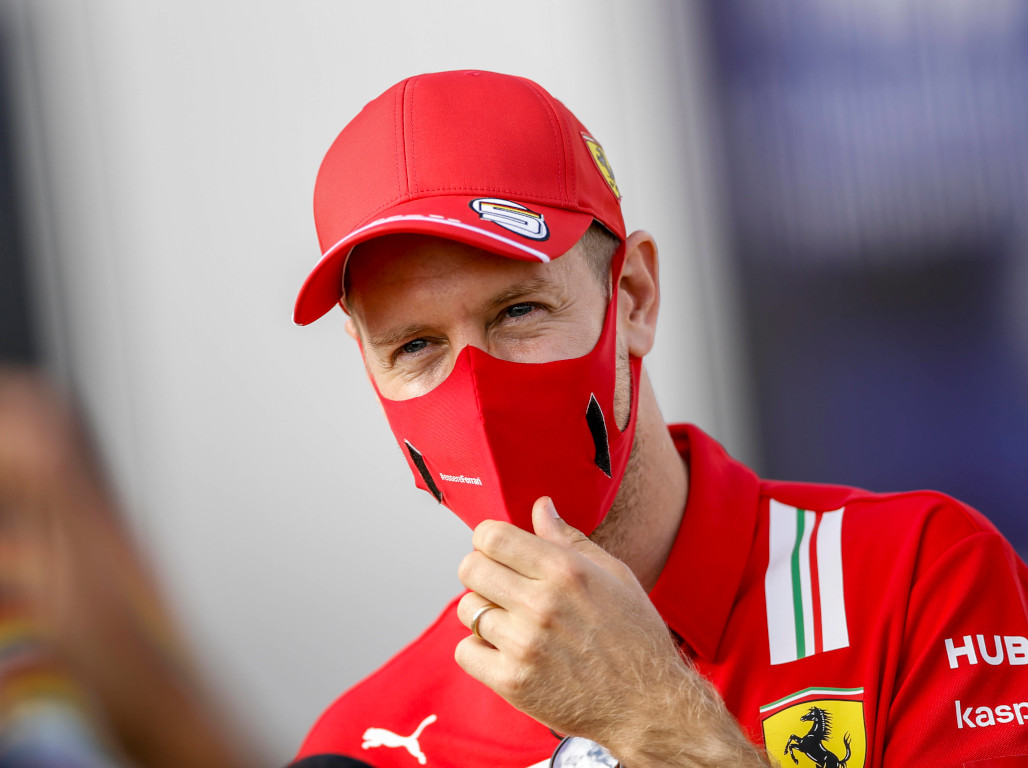 Sebastian Vettel says Mercedes is not an option for him despite the team only confirming one driver for next year’s championship.

Mercedes announced in the build up to the 70th Anniversary Grand Prix that Valtteri Bottas would be staying on in 2021, having signed on for “at least” one more season.

That, though, was where the announcements stopped.

Mercedes did not say anything about Bottas’ team-mate Lewis Hamilton, prompting questions about whether Vettel thought Mercedes could be an option for him.

The German, who will be leaving Ferrari at the end of this year, said no.

“I don’t think so,” he told F1.com when asked if it was a possibility.

“I think [Lewis] wants to continue. I haven’t really spoken with him about it, but I’d be surprised if he wasn’t continuing.

“But I don’t think there’s a rush as well.

“Obviously if he’s staying, then he’s staying with Mercedes and if not then I guess he quits, but I don’t see that as an option.”

One option that is on the table is Racing Point, which will run under the Aston Martin brand next season.

The 33-year-old is reportedly in talks with the team about a drive with Gazzetta dello Sport claiming that has been “substantially decided for some time”.

Vettel, though, is refusing to confirm that rumour.

“I’ve got lots of possibilities, maybe not so many in Formula 1, as you can do the maths and see what seats are taken,” he said.

“But I think as I’ve always mentioned, the most important is that I’m happy with my choice. Time will tell what the choice is and then go from there.

“So I’m not too stressed about it.”

Seb on what he talked about with Otmar Szafnauer, when he left the track with him: We were talking mostly about the car because he's got a nice car 😆#F170 🇬🇧 #Vettel #SV5 pic.twitter.com/ZvUi4wCx1m

He, however, downplayed the drive.

“I find it a bit awkward nowadays that people make a fuss out of everything,” he said, “and actually I don’t… see the news in that.”

Asked whether Szafnauer had a contract in his ‘glove compartment for Vettel to sign’, he replied: “Well I signed something, I’m not sure – he told me it was a waiver in case he crashed.”

“That was a joke – just making sure because nowadays people get everything a bit wrong.”