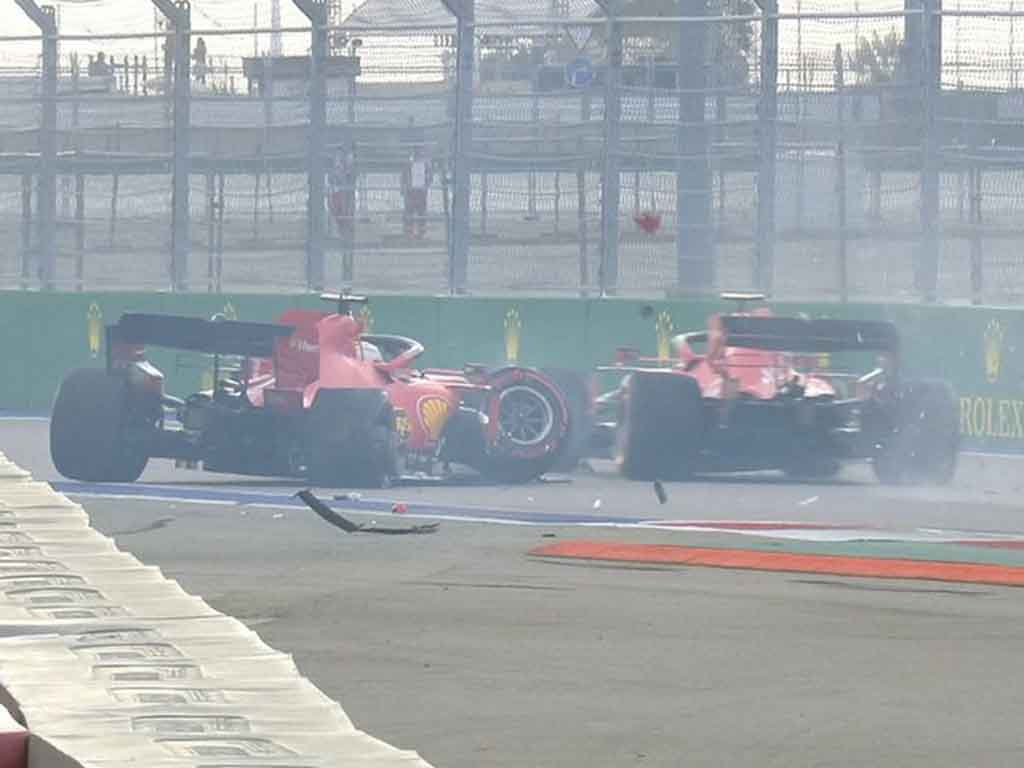 Sebastian Vettel’s miserable final season with Ferrari hit another low as he crashed out of Q2 for the Russian Grand Prix at Sochi, bringing out the red flag.

The four-time World Champion, who is only P13 in the drivers’ standings after nine of 17 races, spun his car after crossing a kerb and crashed into the barrier – with his team-mate Charles Leclerc only narrowly avoiding him as he followed on track.

The German was unhurt and helped to clear away some of the wreckage of his Ferrari but, assuming his car can be rebuilt overnight, he will start the race in P15 after another qualifying session in which the Scuderia struggled for pace.

Leclerc, only a few seconds behind on the road, said over the team radio “that was very, very close” after he ran over some of the debris in just about managing to steer away from Vettel’s car.

That was too close 😨 pic.twitter.com/GnZKpnhISp

The session was stopped with 2mins 15secs remaining and left Lewis Hamilton in a precarious position – his first lap time was deleted as he had exceeded track limits, so needed a fast ‘out’ lap to get round to the start line and give himself a chance of making it through to Q3.

But the World Champion made it with just 1.25sec to spare, under the urgings of his Mercedes race engineer Pete Bonnington who said “need to go, need to go, need to go” over the radio, and although only fourth fastest, Hamilton took his place in Q3. Ultimately, he claimed pole position too.

Vettel, who will join Aston Martin for 2021, said afterwards: “I had lost the car already at Turn 2 and then in Turn 4 I lost it again and couldn’t catch it.

“In qualifying I had been struggling in the first sector and I tried to take more risk. I knew there was a bit of margin, so I went for it and carried more speed in but then lost the car quite suddenly.”

“So, not happy. Obviously compared to this morning I struggled in the afternoon.”