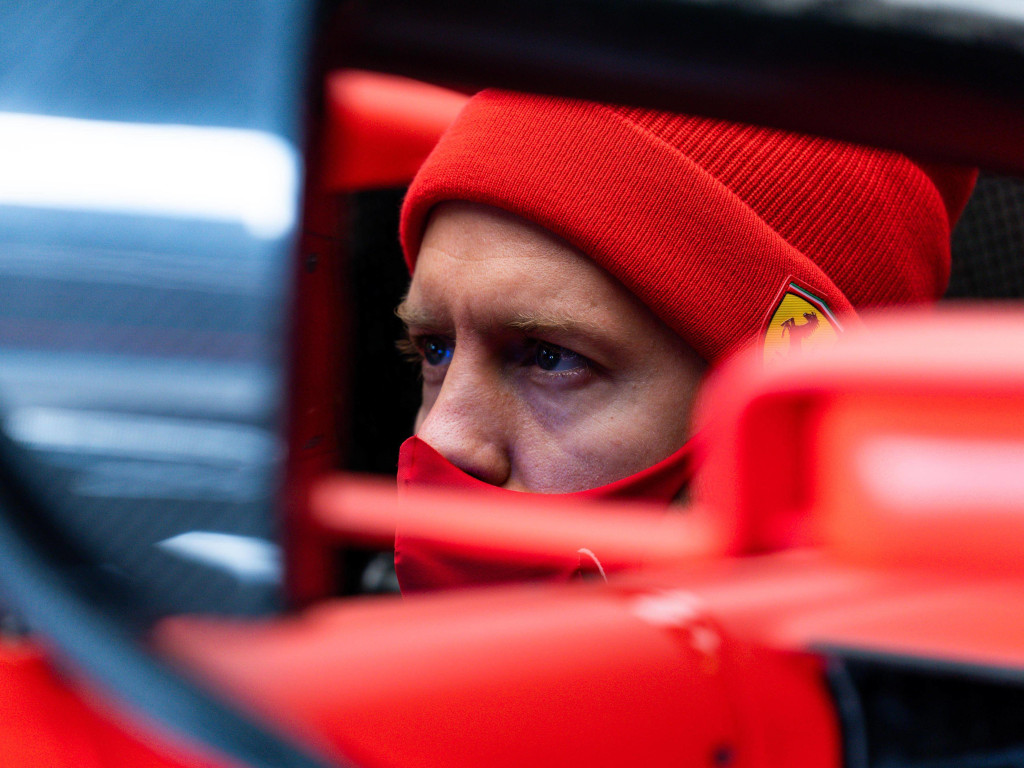 Ex-F1 driver Ralf Schumacher doesn’t see how Sebastian Vettel’s claims that Ferrari gave him a slower car in Portugal can be true.

Ferrari announced before the 2020 season began that Vettel would leave at the end of the year, and since then the gap in performance between Vettel and team-mate Charles Leclerc has grown from a crack to a canyon.

After qualifying for the Portuguese Grand Prix Vettel said his team-mate was in a “different class“, and that has shown in the Drivers’ Championship as well with Vettel down in P13 on 18 points while Leclerc has 75 to his name.

How can it be that a four-time World Champion is now so far off the pace? Well, Vettel himself suggested at the Portuguese GP that Ferrari had given him a slower car, something team principal Mattia Binotto strongly denied.

And Schumacher also doesn’t believe Ferrari were intentionally slowing their soon to be ex-driver down.

“Vettel was once a serial winner: four-time World Champion. A celebrated champion. But that was a while ago,” he wrote in his Sky Sports Germany column.

“The present is dreary: He only drives behind. He seems more and more desperate, helpless…

“After the race in Portimao, Vettel indicated in an interview that he obviously had a worse car than his team-mate Leclerc.

“You can tell that Sebastian is desperate. He is insecure. He can’t explain why he’s so much slower than his team-mate. He tries with all his might to close the gap. But he just doesn’t succeed.

“A racing driver questions himself, but I wouldn’t suspect that he suddenly forgot how to drive and is so much slower than his team-mate.

“The problem is that he lacks self-confidence. The feeling in the car is not there and there is also a lack of trust in the team. But I can’t imagine Ferrari giving him a worse car. I rule that out. In my opinion, Charles is just doing better right now.”

Earlier in the season there was talk that Vettel could walk away from Ferrari before the season ended, and despite the German’s form only getting worse since then, there has been no further mention of that option.

Schumacher said it could still though be an option for Vettel not to see out the season at Ferrari, but warned that it’s also dangerous for his compatriot to criticise Ferrari so strongly as he did in Portugal.

“I think Binotto is handling the situation well. He says clearly that an earlier end of the collaboration is not an issue on his part,” he explained.

“Although the overall situation is precarious. The only one who could decide that would be Sebastian. He would have to say: “I don’t want to anymore.” But I can’t say whether he does that. Only he knows!

“From his point of view, it doesn’t really make sense. He still wants to show that, if everything works, he can still drive a car very well. Staying at home as an alternative doesn’t help him either.

“Of course you have to be careful how you treat each other. If for any reason the situation escalates, anything can happen. There are also contractual penalties. That would be the only sticking point.

“In my opinion, that would not help Ferrari. You could theoretically get Hulkenberg. But who else?

“At one point it would be really dangerous for Sebastian. If he became too critical of the team and said, for example, that Ferrari was deliberately slowing him down. But he has not done that yet.”