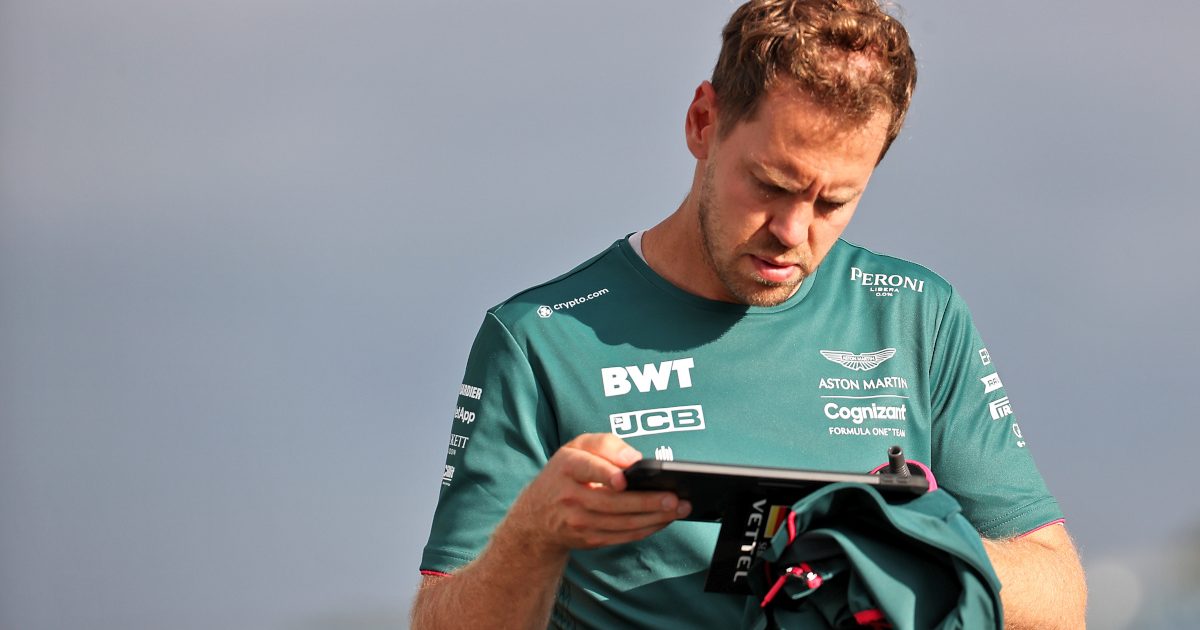 Sebastian Vettel says his easiest retirement plan from Formula 1 would be to become a “Sky reporter”, but that is not currently lined up.

After Vettel’s struggles during the 2020 season, his final in Ferrari red, many started to speculate that it could be the four-time World Champion’s last season in Formula 1.

Instead though he signed with Aston Martin, taking his experience to the returning team who hope that Vettel can lead them up the Formula 1 pecking order.

But at the age of 34 and now more active than ever with his environmental and political beliefs, Vettel is much closer to the end of his career than the start.

Naturally, his most obvious transition out of the cockpit would be to become a pundit.

“I have a lot of interests,” he told Motorsport-Total.com.

“In general, I get carried away easily by passionate people. Even if they are things I don’t really like, I can easily develop a new passion.

“How sustainable that is then, one has to wait and see. I can understand that it is a big challenge to find something else.

“The easiest way out would be to become a Sky reporter and stay in the same place for how many years? I can’t necessarily see that happening, but who knows.”

Vettel though also feels it is important to explore his interests ahead of the next stage of his life, so his post-F1 future does not necessarily have to involve working around motor racing, although he will never completely turn his back on the sport.

“You know, I love the sporting side of it and you don’t want to turn your back on sport either and say ‘never again’. So you never know what’s going to happen,” he explained.

“But I think it’s important to think about what might come after. You’re already exploring different things.

“Also, I have a family as well. So it’s pretty easy to take care of other things if I retire.”