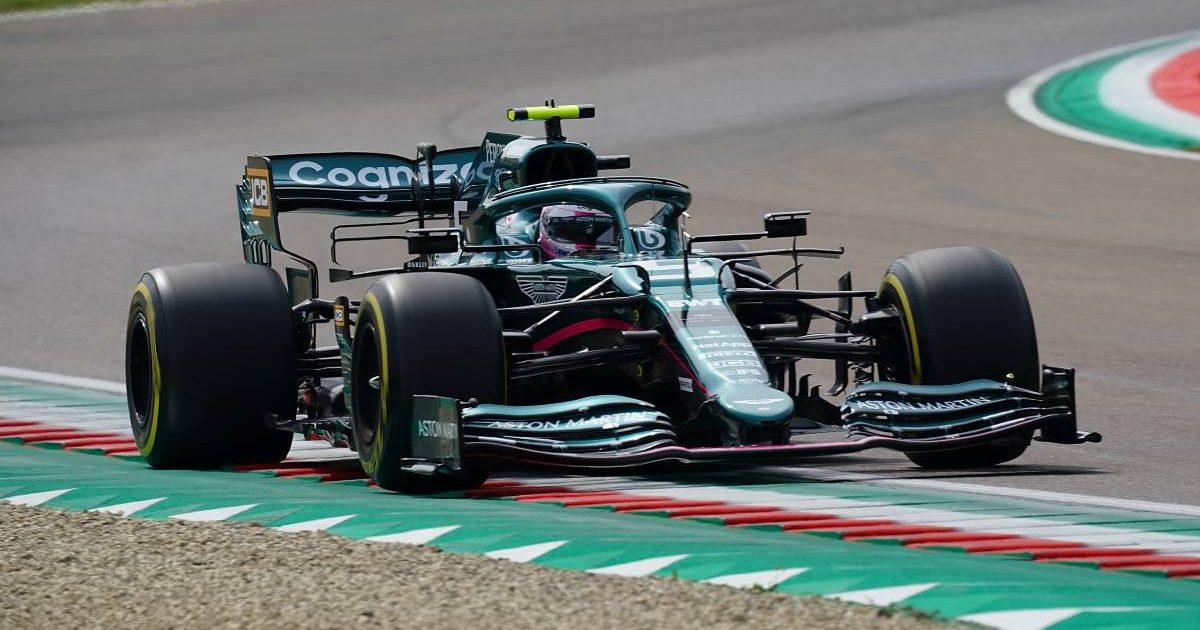 Sebastian Vettel thinks the closeness of F1’s midfield battle is exacerbating his struggles to fully get to grips with the Aston Martin AMR21.

The four-time former World Champion had a better qualifying session for the Emilia Romagna Grand Prix than he did on his debut in Bahrain, but still starts 13th on the grid at Imola – three places behind his team-mate Lance Stroll.

But there was only 0.256sec between the duo in Q2 and Vettel, who is still trying to make himself fully comfortable with the Aston Martin car, believes how tight the midfield is means every tenth gained or lost can make a significant difference.

“It’s better,” said the German. “I think it was a reasonable session. I think there was a bit more I could have put together with the laps.

“I’m not entirely happy, but it’s obviously very tight and small differences in time can make quite a lot of positions.

“The midfield is very tight – obviously the first teams have a bit of an advantage, but then I think it’s quite tight and every weekend is probably going to be a bit different.”

Room to improve, but #SV5 is confident for tomorrow. 💪

Both Vettel and Stroll, who each shone in the wet at the rain-affected Turkish Grand Prix last year, would not be averse to the forecast of possible showers for the race being correct.

“It’s one of the most difficult tracks to overtake on but I think in terms of race pace we should be quite okay,” added Vettel. “Let’s see to have a clean getaway and take it from there. Maybe we will have a bit of rain that could help us.”

Stroll, meanwhile, is getting used to P10 – he started and finished in that position in Bahrain and, barring any last-minute penalties, will occupy the same grid berth at Imola.

The Canadian would have been one place higher, however, had he not transgressed the track-limits rules in the deciding session – but having set his fastest time on soft tyres in Q2, he knows he will be vulnerable on strategy to those behind him, assuming the start is dry.

“Just a bit of a shame that in Q3 we got a lap deleted,” said Stroll. “We were P9 and obviously P10 now. It’s fine margins for the track limits, so Turn 9 I got pinged and that was a bit annoying, but we’ll get it back tomorrow.

“The medium-tyre runners tomorrow will be strong, there’s no doubt. We have a different race ahead of us compared to them – [Carlos] Sainz in P11 is on the medium, I’m sure he’ll be strong.

“So we have to watch out for some other guys but we’ll see what happens tomorrow – the weather could be interesting.”