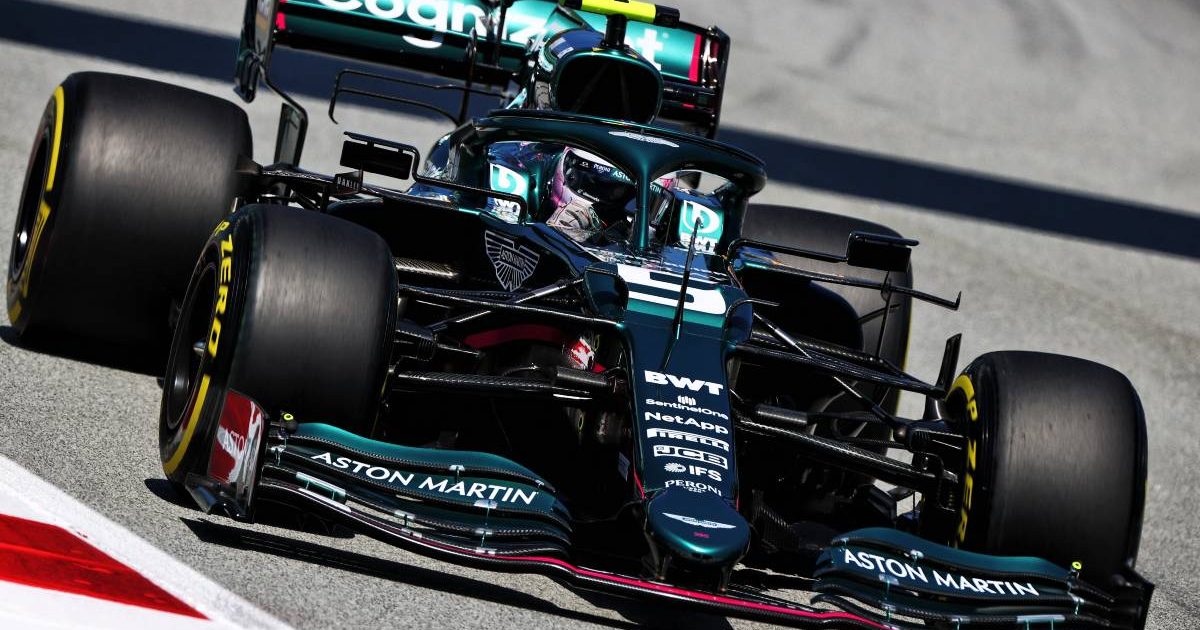 Sebastian Vettel said the upgrade package on his Aston Martin was “doing what it’s supposed to do” even though he failed to reach Q3 at the Spanish Grand Prix.

Last weekend in Portugal, Vettel had his best qualifying session since joining Aston Martin as he started 10th on the grid before dropping down to finish 13th in the race, leaving him still without any points this season.

But even with the aero updates which only his team-mate Lance Stroll had last time out, the four-time former World Champion was unable to make it through to the top-10 shootout at the Circuit de Catalunya-Barcelona and will line up 13th.

In fairness, however, the German was only just over a tenth of a second away from Q3 and it was a matter of thousandths for Stroll, who starts 11th.

Asked what he had expected from qualifying, Vettel said: “I think the position is difficult to project. It was very tight. I’d like to have been a bit better off but there wasn’t much missing.”

Regarding the update package, he added: “It’s doing what it’s supposed to do, so it’s working.

“As we’ve seen, it’s very close and every weekend is a bit different. Unfortunately we weren’t quite there this weekend to step into Q3 but let’s see what we can get tomorrow.”

Over the team radio on his in-lap, Stroll sounded satisfied he had given it all he had in Q2 only to agonisingly bow out, but is entitled to feel hopeful of repeating his points-scoring finishes at Bahrain (10th) and Imola (eighth).

“A little bit frustrated to miss out on Q3 by only a few hundredths or thousandths, whatever it was,” said the Canadian. “Still some work to do. Looking at our competitors, when they want to pick up the pace they have it and we still have a bit of work to do in that regard.

“At Portimao, we had a bad Saturday but in general we’ve been hovering around these same positions in qualifying for the first few races – 10th in the first couple of races and today just outside of Q3.

“It is where we are, but tomorrow is a long race and overheating the rear tyres will be an issue. I’m sure that will play a big part in the strategy.

“It’s important here to get a good start. It’s a long run down to Turn 1 and from there it’s pretty much a track-position race, so we can still be focused on having a good race tomorrow.”