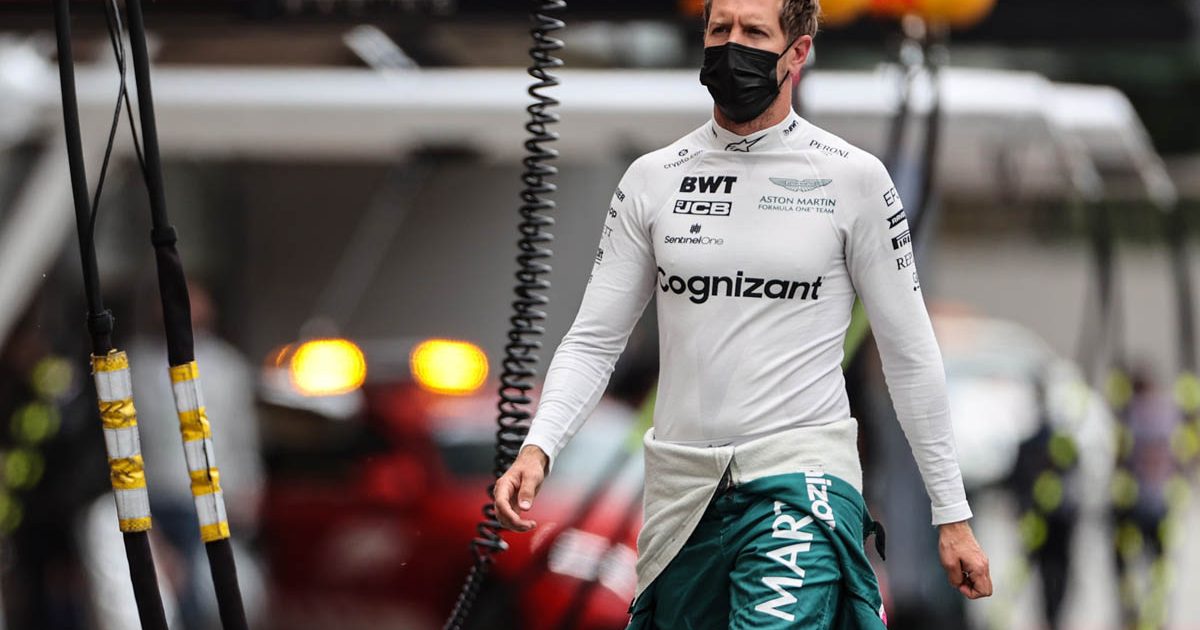 Sebastian Vettel said he had a “tricky afternoon” at the Spanish Grand Prix after finishing out of the points in P13.

The midfield was congested in Barcelona but Vettel could not capitalise and get into the top 10, despite having received upgrades on his Aston Martin at the weekend that made him “a lot more at home” in his car.

With strategies varying throughout the field, Vettel said he could not quite eke out his tyre life far enough to be competitive at the end of the race.

“It was quite a tricky afternoon and I was running out of tyre life at the end, even though we went for the two-stop strategy,” the four-time World Champion told Aston Martin’s official website.

“I made quite an early second stop and came out behind Kimi [Raikkonen], which I think hurt my tyres quite a lot. That’s what made it difficult to fight for points.

“With hindsight, it’s always easy to say what you would do differently, but it was difficult to fight the cars around me in the closing laps when they had a tyre advantage.

“But we will keep working hard and we know there is a long season still ahead of us. The new parts we had here helped and we need to keep taking steps forward each weekend.”

Some close battles out there today but it wasn't meant to be. @lance_stroll and #SV5 just miss out on the points.#SpanishGP pic.twitter.com/Kg8uOa5Gkb

Vettel’s team-mate, Lance Stroll, echoed the German’s sentiments with the Canadian finishing just outside the points in P11 – with a close midfield battle throughout the race.

Stroll pulled off a move around the outside of Fernando Alonso in the race and both drivers escaped a penalty after Stroll ran wide at Turn 1 without returning to the track through the designated bollards, with the pair battling for position.

“It’s a bit frustrating not to get the point at the end. We fought hard with the AlphaTauri but just didn’t have enough to get P10,” he said.

“We also raced hard against Fernando and the moment at Turn 1 was a racing incident – I braked deep into the corner and he was late on the brakes. We made some contact and he pushed me wide.

“This weekend has helped us continue to learn and improve the car. We will keep pushing to unlock some more speed before Monaco.”