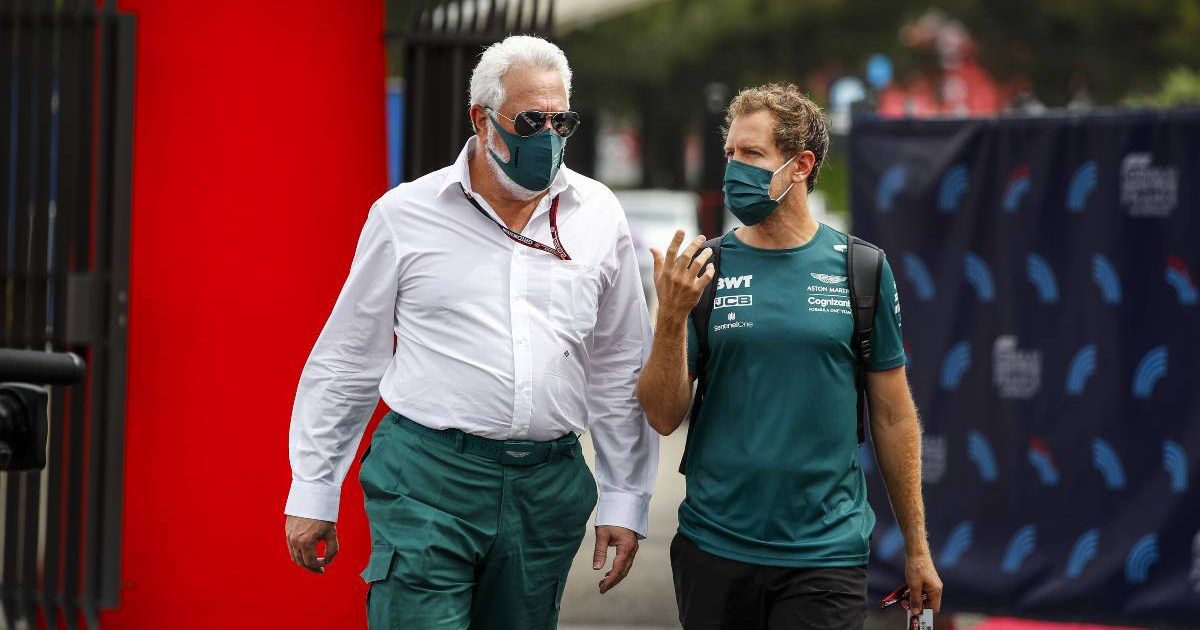 Lawrence Stroll has said he hopes Sebastian Vettel will keep his journey with Aston Martin going and “stay forever” with the team.

The four-time World Champion has confirmed he will continue with the team next season, and team owner Stroll has been vocal about how Aston Martin’s expansion of staff, new factory, new wind tunnel and hiring spree mean they are trying to put a structure into place to compete for wins and titles in the future – and the Canadian wants Vettel to be a big part of that rise to the top, even if it’s not in a driving capacity.

As a result, team principal Otmar Szafnauer hopes to open talks with the 53-time race winner over a new contract for 2023 earlier in the calendar than they managed this year.

Aside from a podium in Azerbaijan, Vettel and Aston Martin have very much been competing in Formula 1’s midfield this season and currently sit seventh in the Constructors’ Championship.

Stroll described how Vettel’s move came about but, most importantly, the Aston Martin owner does not want to lose his services moving forward.

"It should be a number of races that is sustainable so that you keep your passion for many years."

Sebastian Vettel believes that Formula 1 risks diluting the occasion of a grand prix with the continued calendar expansion.https://t.co/nRvvvxp8KS #F1 pic.twitter.com/UcoSm6Ueg7

“I think it was a perfect storm for both Sebastian and us [when his Ferrari departure was announced in 2020],” Stroll told Formula 1’s Beyond the Grid podcast.

“Sebastian and I have known each other for a while. He understood very clearly my passion and plans for the team.

“We were recruiting over 250 new people and it is not just the quantity but the quality and it is all about bringing Aston Martin back to winning World Championships.

“Obviously, to have a four-time World Champion and the experience he can bring to the team, which has never won a World Championship, so the way to think and to act.

“For Sebastian, it really was a beginning of a new journey, of this new team coming to life and he wanted to be part of it for the beginning and hopefully will remain forever in one way, shape or form.”