Home News Vettel: Then don’t say anything and let me go 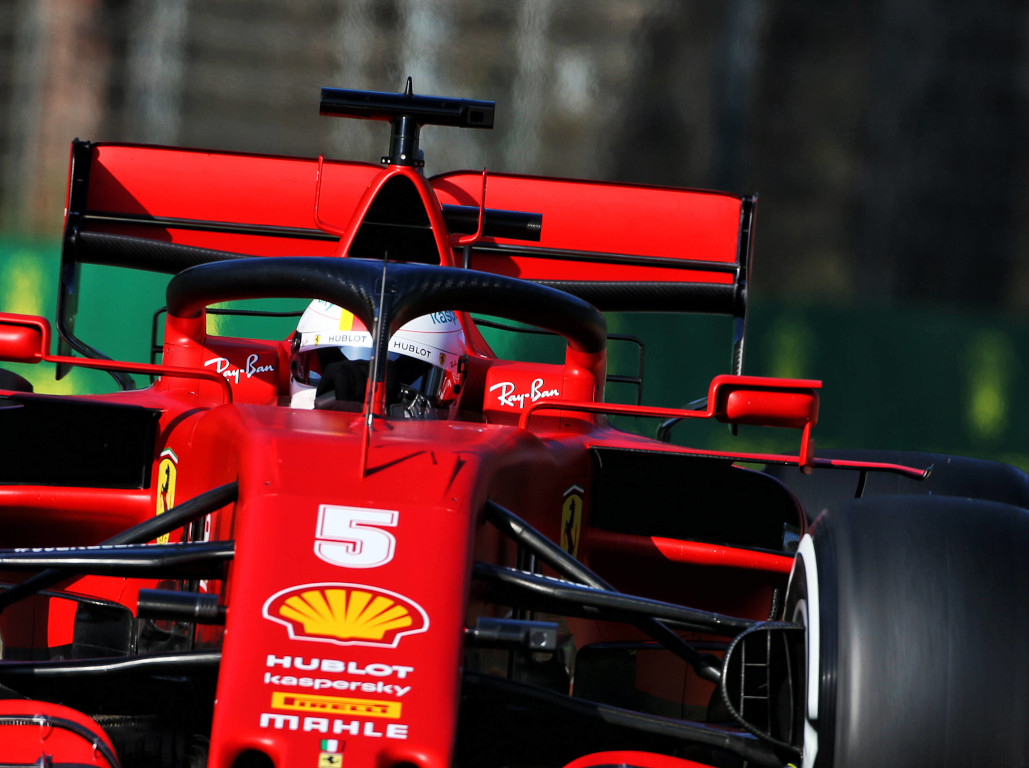 Denied a points-scoring finish by a botched pit stop, Sebastian Vettel wasn’t in the mood to rehash the race with the media after the Imola GP.

Starting 14th on the grid, Vettel ran a long first stint in Sunday’s Emilia Romagna Grand Prix, putting him up into the top six.

While he was well aware that he would lose positions when he finally stopped, a slow pit stop – 13 seconds – meant he lost more than expected.

The German fell all the way back to P14 and could only recover to 12th.

Facing the media after the race, F1TV said: “Sebastian, I almost don’t even know what to say to you, I just want you to have some luck…”

Vettel replied: “Then just don’t say anything and let me go.”

With Kimi Raikkonen, who Vettel had been fighting for much of the first stint of the race, finishing P9, Vettel was left to rue a lost points finish.

“More than just a point,” he said. “With the Safety Car at the end we could have capitalised because our tyres were very fresh.

“With hindsight it is always easy, we’ll see next race.”

Failing to score on Sunday, Vettel dropped to 14th place in the Drivers’ Championship as he has just 18 points, six behind AlphaTauri’s Daniil Kvyat.

The Ferrari driver revealed that he had hoped his long first stint on the medium tyres would have given him the opportunity to swap to the soft tyres for the final stint.

Ferrari, though, told him that would have cost him a position to Lando Norris as he would have had to run a little longer on the mediums.

He reckons that would have been better for his result, well, if he hadn’t had the pit stop problem.

“I wanted the soft tyres,” he explained. “They told me that we are losing against Lando.

“I would have preferred to lose a position, stay out longer and attack with the softs. But I don‘t see the data/gaps and have to rely on the team.

‘With the pit stop it should not have been anyway.”