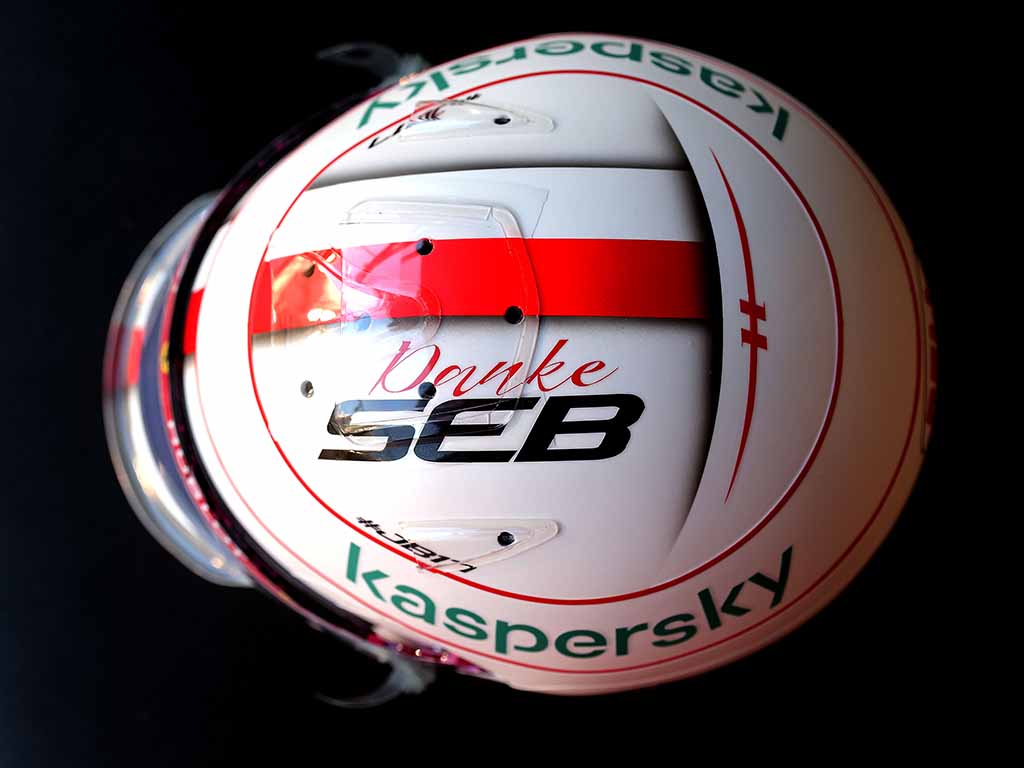 It is not a regular occurrence to see one driver honour a team-mate, but Charles Leclerc wanted to show his gratitude toward the departing Sebastian Vettel.

The 2020 Abu Dhabi Grand Prix marks the final chapter in Vettel’s Ferrari story, one that he brands as “a failure” due to the fact that he was unable to emulate his idol Michael Schumacher and bring silverware back to the Scuderia.

In amongst Vettel’s demise and eventual confirmed departure from Ferrari has been a scattering of major flashpoints between himself and Charles Leclerc since the latter’s arrival to the team in 2019.

The pair have engaged in various on-track squabbles over the past two seasons with Ferrari ultimately deciding on Leclerc to be the driver to take the team forward.

Although the team dynamic has not been the most harmonious at times, Leclerc and Vettel have always maintained that they have no personal issues with each other.

Leclerc has also been grateful for Vettel’s experience in helping him settle into life as a Ferrari driver and so his special race helmet for the season finale at the Yas Marina circuit is a token of that appreciation.

Here’s to your final race with us 🏁

We’ll miss you but you’ll always be part of the @ScuderiaFerrari family ❤️#essereFerrari 🔴 #Seb5 pic.twitter.com/TkfgAXkvwm

“Seb has given so much to the team, which will benefit me indirectly because I’ve got a long contract with the team,” said Leclerc, via Motorsport.com.

“And most of all, as soon as I arrived in the team, he welcomed me in the best way possible.

“Sure, there was some competition, but as a human being he is a great guy. So, I just wanted to show him my respect that way and I know he liked it.”

Vettel has said his last race with Ferrari will be an “emotional” one but is not particularly looking forward to starting it from a lowly P13 on the grid.

“Obviously it is not nice to start my final race with the team from 13th on the grid,” he said after qualifying.

“The result itself is quite bad, even if I was happy with my own performance on the lap.

“Maybe putting together the perfect lap would have got me as high as 10th, but no better than that.

“My plan for the race is simply to try and do my best. I guess we won’t have an easy race.

“I think it will be special since it is the last one.

“I want to enjoy this race and feel very close to the people in the garage, the mechanics, the engineers, everyone. It will be very emotional.”