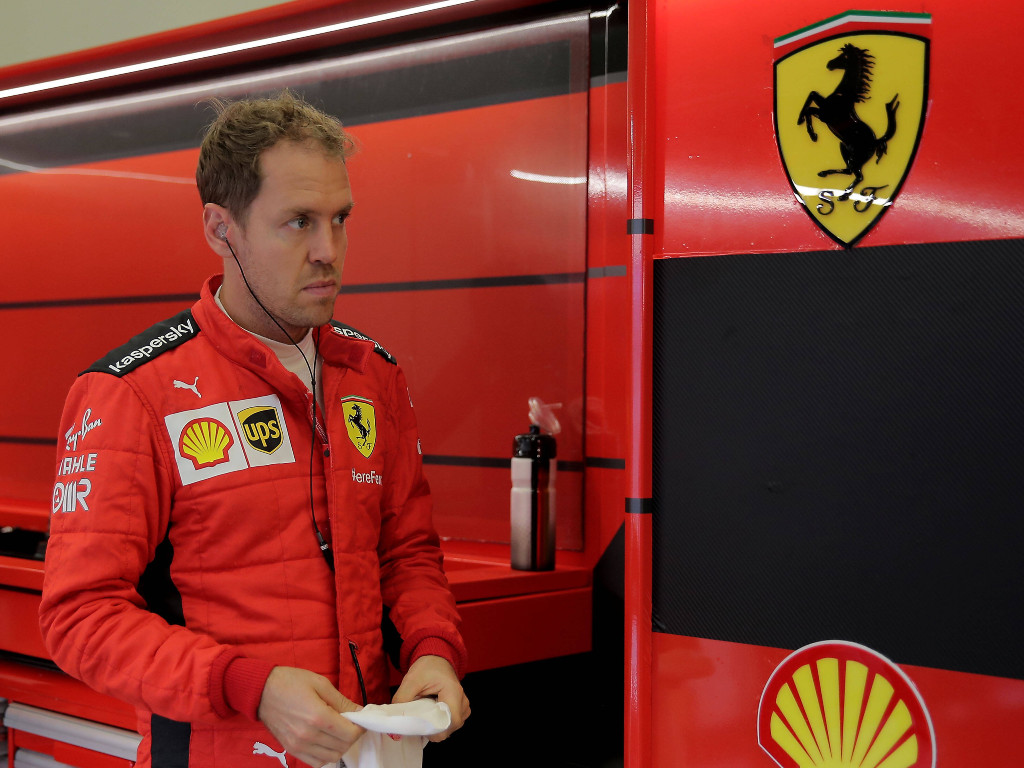 Sebastian Vettel believes the drivers will start to bunch up more heading into qualifying for the Turkish Grand Prix.

The extremely slippery new tarmac at Istanbul Park meant that there was little to take from Friday practice in terms of driver performance, instead it was more like a drifting challenge.

“The asphalt is very new so it was very very slippery, but it did get better toward the end of the day and I’m guessing it only gets better from here onwards,” Vettel told reporters at the Turkish Grand Prix.

A positive for Vettel though in what has been a very poor final season for him at Ferrari was the fact that he constantly featured in the top 10 on Friday.

He would finish the morning session in P5, before slipping slightly to P8 in the afternoon. Still though, that was a solid improvement for the four-time World Champion who has found the top 10 to be quite elusive in 2020.

But Vettel felt the difficulty of the track was behind his impressive Friday form, rather than a sudden improvement on his side.

“It was very slippery so I think it was more a question of finding the rhythm and being on-track and it was just getting faster and faster.

“I don’t think there is any particular reason.”

The next hurdle now for Vettel will be maintaining that performance into qualifying and then the race on Sunday.

“I think naturally the field will bunch up tomorrow,” he said.

“Obviously we’ve seen big gaps in FP1, I think mostly because some people struggled to get the tyres to work, I think maybe we’ve been on the better side today.”

Vettel’s team-mate Charles Leclerc had an even more impressive Friday, trailing only the Red Bulls of Max Verstappen and Alex Albon in the morning before improving to P2 in FP2.

But for all the fun he had Leclerc said he learnt very little heading into Saturday.

“At first I was really not convinced by the grip of the track and I was like ‘oh this is going to be a very bad day’,” he told reporters

“But after a few laps I actually really enjoyed it so it was actually very, very fun to have such low grip.

“We need to understand why though. To be honest, it’s probably not great to have a Friday like this [where] we don’t learn much. In terms of driving it was very fun and we have been very competitive too.”