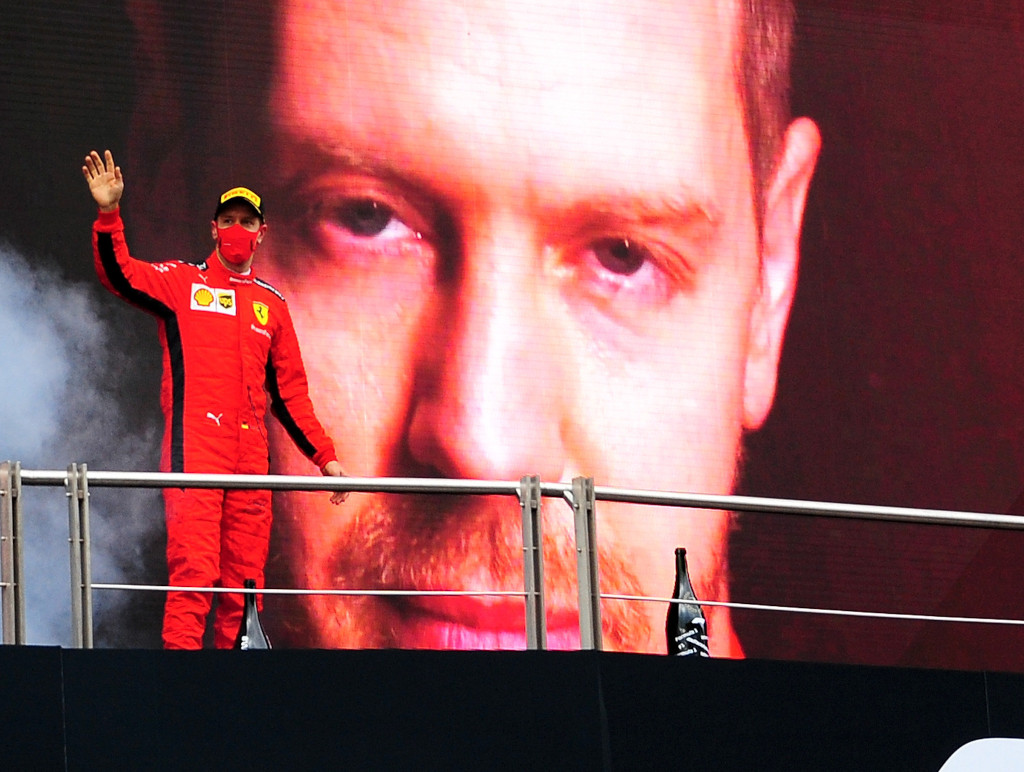 Sebastian Vettel was not particularly impressed after being asked if his Turkish GP podium shows he is “still capable of being the quality of driver that won four World titles”.

After 13 races off the podium, Vettel broke his 2020 duck at the Turkish Grand Prix where he raced his way to third place.

Qualifying P12 in the wet on Saturday, the German made a flying start to the grand prix, up to fourth place on the opening lap as others squiggled and twitched their way off the grid.

Finding good pace on the intermediates late in the race, the two-stopping Vettel closed in on Sergio Perez in the battle for second with the Racing Point driver, who only made one stop, running very worn intermediate tyres.

Vettel crossed the finish line 0.3s down on Perez to bag his first top-three result of the season.

He’s now hoping it is a sign of better things to come in his final three grands prix as a Ferrari driver.

“Well it has been a difficult year,” he acknowledged.

“I think qualifying has been the Achilles’ heel this year and the races obviously have been largely defined by being stuck in the pack.

“I think it’s been a while that I’ve been racing in the midfield, it’s very, very close and even though you have a better pace, sometimes you can’t really show so it’s tough.

“But I think we look forward to the last couple of races and hopefully for improvements.

“I’m looking forward to trying to squeeze out anything that there is to squeeze in the last races to finish as high up as possible for myself and also for the team.” 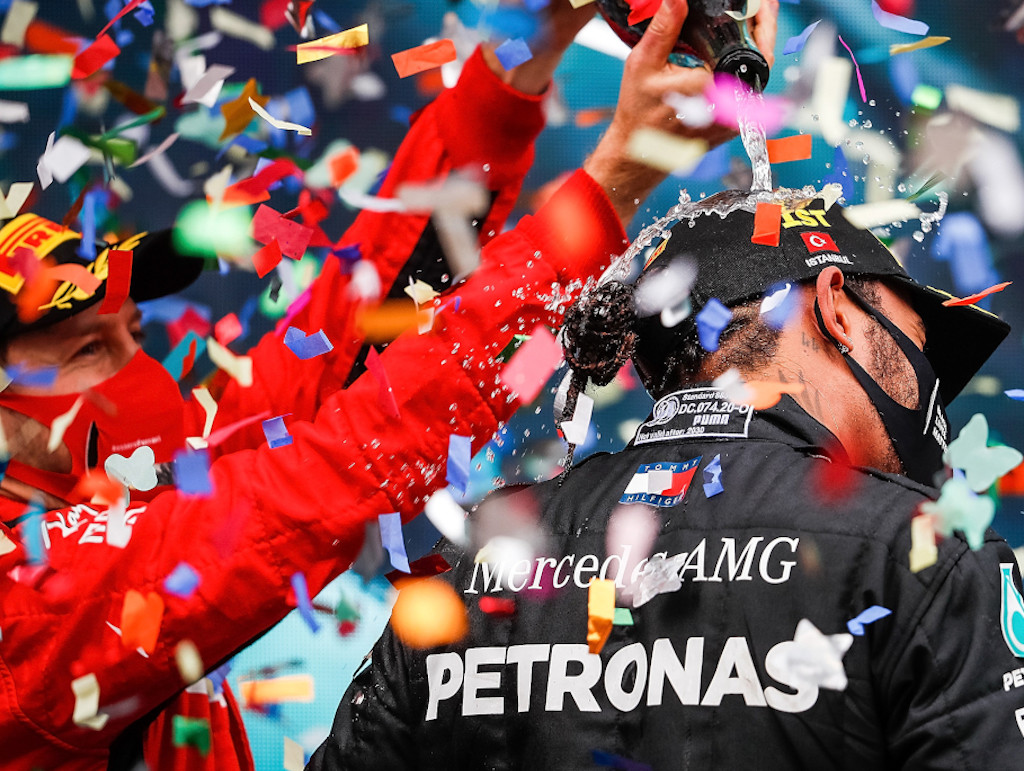 Speaking with the media in the post-race press conference, Vettel was asked if his podium shows that “even after a difficult season, you’re still capable of being the quality of driver that won four World titles and so many races?”

He wasn’t all that happy with the question.

“Well I’m a bit shocked by the way you phrased your question there,” he replied.

“I don’t think… well, F1 is a very fast living world. We drive the fastest cars, you always get judged by your last race.

“I’ve said that we had a difficult season, there’s been moments where certainly I haven’t been at the top of my game but I don’t doubt that I can do a good job in the car and don’t feel that anything has changed, so bit surprised. But thank you.”

Vettel’s P3 means he is up to 33 points but still down in 13th place in the Drivers’ standings.

The German will race for Aston Martin next season, replacing Perez at the team currently known as Racing Point.