Home News Perez thinks he got off lightly after Albon clash 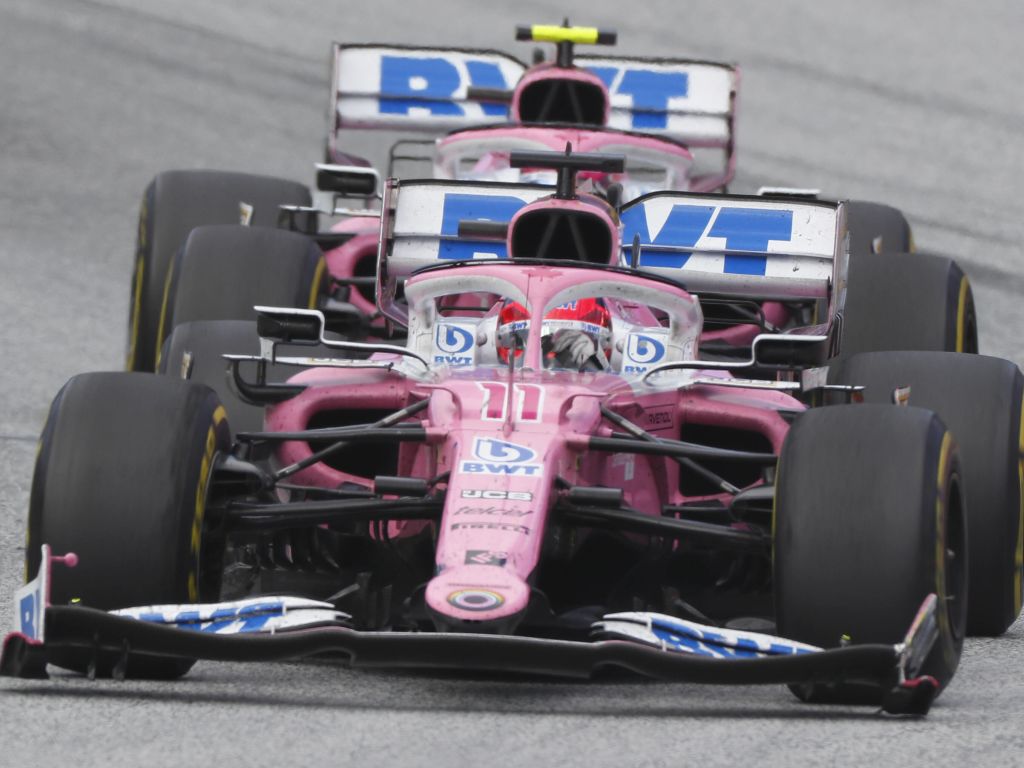 Sergio Perez said he was lucky to lose only one position after he damaged his front wing whilst battling Alex Albon.

The Racing Point driver started the race from P17, but delivered one of his trademark tyre-preserving drives to make his way up to P6 at the chequered flag.

But that didn’t come without controversy.

In the closing stages he made his way up to the back of Red Bull’s Albon, at which point Perez went for a move which Albon said gave him “Lewis flashbacks” following last week’s incident.

The contact damaged Perez’s front wing, and as Albon went on to finish P4, Perez lost P5 at the final corner to McLaren’s Lando Norris.

But he said he was lucky to have lost only one position as a result of the contact.

“I think it was a great recovery. Great pace from the car, the team had a fantastic strategy,” he told Sky F1.

“We were nearly P4 in the end. I was pushing really hard on Albon and I didn’t have any opportunity other than the one that I took. I understeered a bit towards the exit. I opened up the steering wheel while picking up the power and then I broke the whole front wing.

“I was very lucky just to lose one position from that. I had to give it a go, especially because we were pushing flat out with all that we had, and that was the only opportunity I was going to have. I was quite strong in that medium speed, but unfortunately, that didn’t work.”

Perez’s team-mate Lance Stroll was disappointed with his P7 finish after a controversial late overtake on Daniel Ricciardo, though he was quickly cleared by the Stewards after the race.

“I really believe today we had you know, debatably the second quickest car, maybe third, but we were definitely quicker than than Renault, McLaren and a lot of other of our competitors. So that was really positive,” he said.

“You know, it wasn’t the perfect race setting for both of us. I mean for Sergio starting 17th it was a pretty good result. I think he probably would have signed up for that before the race!

“From my side there were definitely some frustrating parts of the race, being stuck behind Ricciardo, but the pace was there the whole race and that’s what’s really promising going forward.”