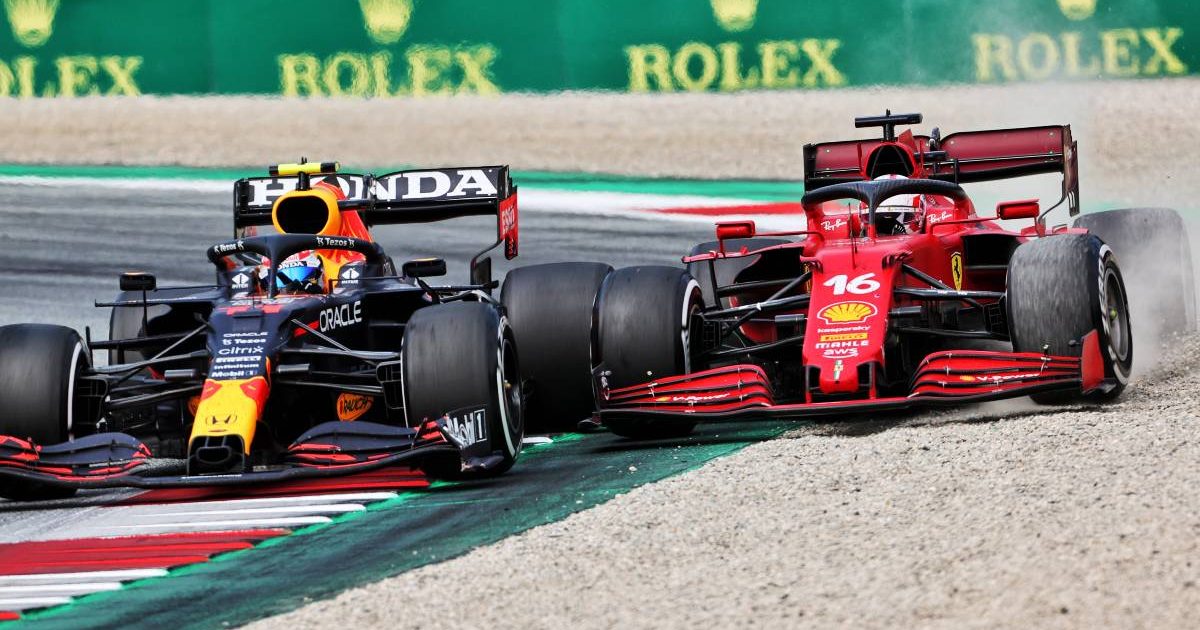 Sergio Perez said he is “very sorry” after collecting a pair of five-second time penalties for pushing Charles Leclerc off the track twice.

Earlier in the race it had been Perez who took a trip into the gravel while battling Lando Norris, with the Briton earning a five-second penalty for that, but the tables would soon turn.

With Perez now trying to fend off Leclerc, on two occasions Leclerc ended up off the track as he tried to make a pass, with Perez picking up the same punishment which Norris met for each of those incidents.

Ultimately that meant 10 seconds added to Perez’s time, with the Mexican demoted to P6 at the finish.

There were no complaints though, with Perez instead disappointed at himself, feeling that his actions were not typical of his character inside a Formula 1 car.

“With Charles I’m very sorry because it’s not the way I like to race, I’m not that type of driver that races that way,” he admitted to reporters.

“We were in very dirty air, on very hot tyres, very hot brakes and we were just trying to brake as late as possible.

“Obviously I haven’t seen the incidents but I’m very sorry if I ended up affecting his race because Charles is a driver that races very hard but always on the limit and I’m the same. So I’m not happy with myself in that and I just move on.”

Leclerc confirmed that Perez had apologised to him in person, adding that he is not the type of individual who would allow any frustration to linger.

“It was tricky. I spoke with Checo. He told me that he exaggerated, he knows it,” Leclerc revealed.

“He apologised for it. It’s life! I am not the type of guy that is staying on this incident for a long time. I will move on. It’s life.”

We're back to racing! Verstappen leads the way

Norris and Perez fight for P2, but the Red Bull goes wide and drops to P10 through the gravel!#AustrianGP 🇦🇹 #F1 pic.twitter.com/pN65OtXsLw

There was no sympathy from Perez towards Norris though, with the Red Bull driver stating that Norris forced him off the track in their early battle, a view which the stewards shared, but Norris certainly did not.

“Basically with Norris it’s lap one, he got away with it, he didn’t have any damage,” Perez stated.

“But obviously next time can be very different and it’s only lap one. I felt that I was ahead and he just ran me off the circuit which wasn’t fair enough in racing.”