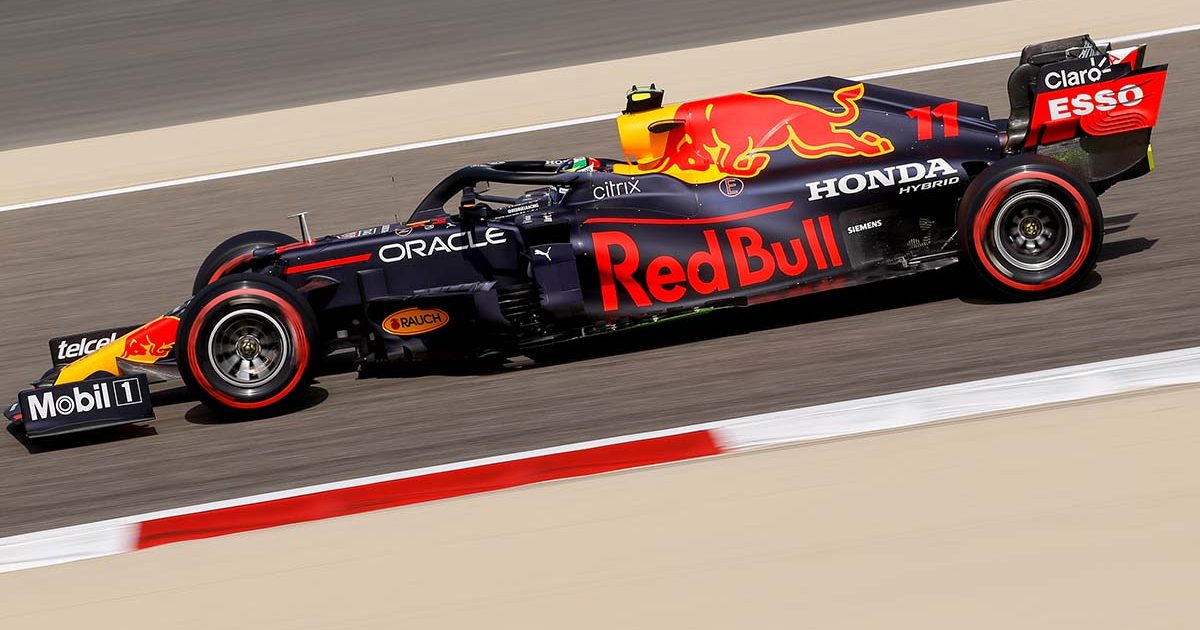 Sergio Perez’s debut race for Red Bull became an even greater challenge after issues on the formation lap forced him into a pit-lane start.

Before the teams made their way to the grid, Red Bull mechanics were seen working frantically on Perez’s RB16B in the garage.

Reports suggested that the Mexican racer had encountered power unit issues, and indeed Red Bull fitted new control electronics and a new energy store, while Pierre Gasly over at AlphaTauri got the same treatment.

Pit lane start for Checo after his RB16B momentarily stopped on track during the formation lap #BahrainGP 🇧🇭 pic.twitter.com/YN0ZoQPR7o

Perez would make it to his P11 spot on the grid to take the formation lap, but on the approach to the back straight the Red Bull completely shut down on Perez.

He was able to get going again, but was forced to start from the pit lane as a result of his dramas.

An early Safety Car allowed Perez to make a first pit stop of the afternoon, swapping medium tyres for more mediums, and from there he made solid progress through the pack.

Come Lap 8, Perez was back up to P13, while team-mate Max Verstappen led the race after taking pole position on Saturday.

As the leaders began to make their first stops, Perez found himself ahead of Mercedes’ Valtteri Bottas, and so Red Bull were hoping that Perez could hold the Finn up for at least a few laps and keep him out of the Verstappen/Hamilton battle.

Bottas made quick work though of Perez on fresher rubber, before the Red Bull man made his second stop of the afternoon and dropped back into the midfield.

After that stint on the hard tyres, Perez made his third visit to the Red Bull box, returning to the mediums and coming out P8.

Perez would cross the line P5 on his Red Bull debut, marking a solid recovery drive.