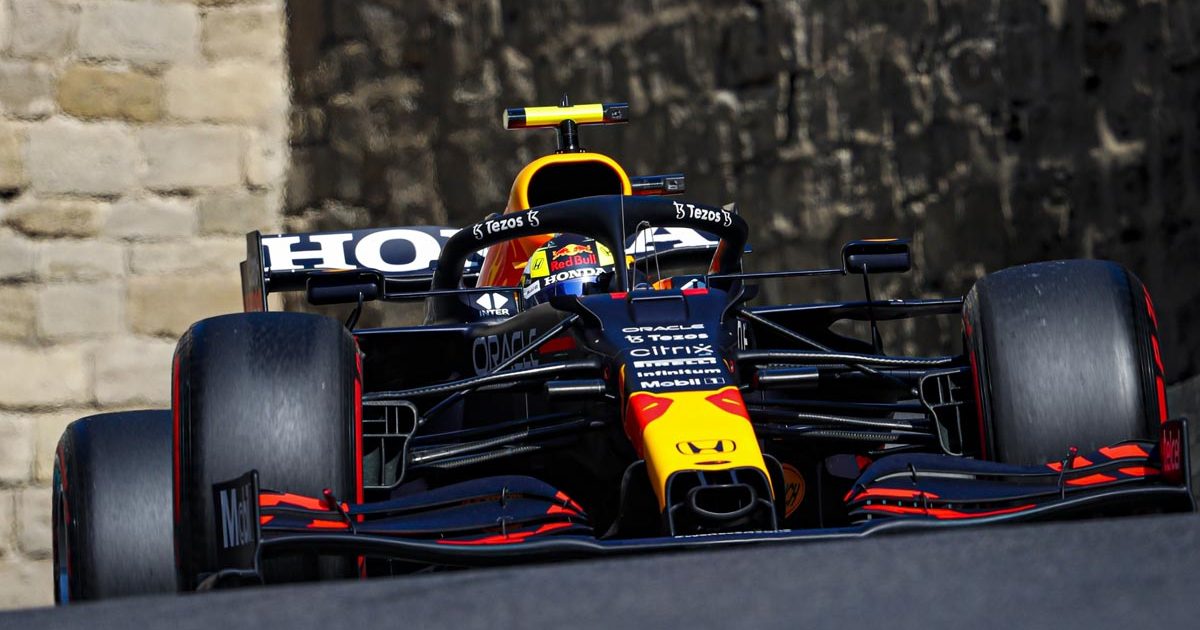 Red Bull boss Christian Horner said that Sergio Perez was nursing a hydraulic problem as he stopped shortly after winning in Baku.

Perez made solid early progress after starting the Azerbaijan Grand Prix from P6, joining team-mate Max Verstappen and Lewis Hamilton in the battle for the lead during the opening stint.

And after Verstappen suffered a tyre failure while running P1, all responsibility then fell on Perez to salvage the afternoon for Red Bull as he lined up first for the race restart.

Hamilton would go far too deep into Turn 1 as he tried to pass Perez, leaving the Mexican free to control the final few laps and take his first win in Red Bull colours.

He would stop though shortly after the finish line at the order of his team, and Horner later confirmed that it was a “hydraulic issue”, one which very much threatened Perez’s chances of victory.

“He’s been great, Sergio has been quick all weekend, the only lap he didn’t get right was the quali one yesterday, the first run in Q3,” Horner told Sky F1.

“But his race, his pace was stunning in the race, he put the pass on the Ferrari, and actually if he hadn’t have gone deep in the pit stop, he missed the mark, he might well have overcut Max as well such was his pace on that in-lap.

“Then you saw him racing Lewis hard, and he was nursing a hydraulic issue as well and we were really concerned that the car wouldn’t get to the end of the race, which was why he stopped after the chequered flag.

“You thought we could only lose when they’ve got the restart, but thankfully it all worked tremendously well and Sergio did a great job.

“He’s the wily driver, and he is a canny racer, he races really really well.

“We went from the despair of suddenly we’ve lost Max, we’re going to lose the Championship lead, Lewis could pass him at the restart and win the race, and it just shows you the roller coaster that you go through in this sport.

“Suddenly it’s not quite so bad and we’ve actually maintained the same lead in the Championship here, and extended the Constructors’.”

Perez expressed his sympathy for Verstappen’s situation, having hoped to deliver a one-two finish for the team, but nonetheless was rightfully delighted with his victory which promotes him to P3 in the Drivers’ Championship.

“I’m so so happy for today, normally Baku is pretty crazy,” he said.

“First of all I have to say I’m very sorry for Max, because he did a tremendous race, he really deserved the win.

“It would have been incredible to get that 1-2 for the team, but at the end it is a fantastic day for us.

“We were close to retiring the car, but luckily we managed to finish the race. Really it was quite difficult all the way until the end.

“He [Hamilton] had very strong pace throughout the race, I think we had a bit of a slow stop as well so the overcut came a bit closer to him, and he just pushed me from lap 1 onwards.

“I had the pressure from him pretty much since the beginning and then at the restart I had a poor start so he was alongside me, but I was like ‘I’m not going to miss it’.

“I broke as late as I possibly could and he did the same, it didn’t work for him, at least it’s a good day for the team.

“This is definitely a strong boost of confidence for myself and for the team.”