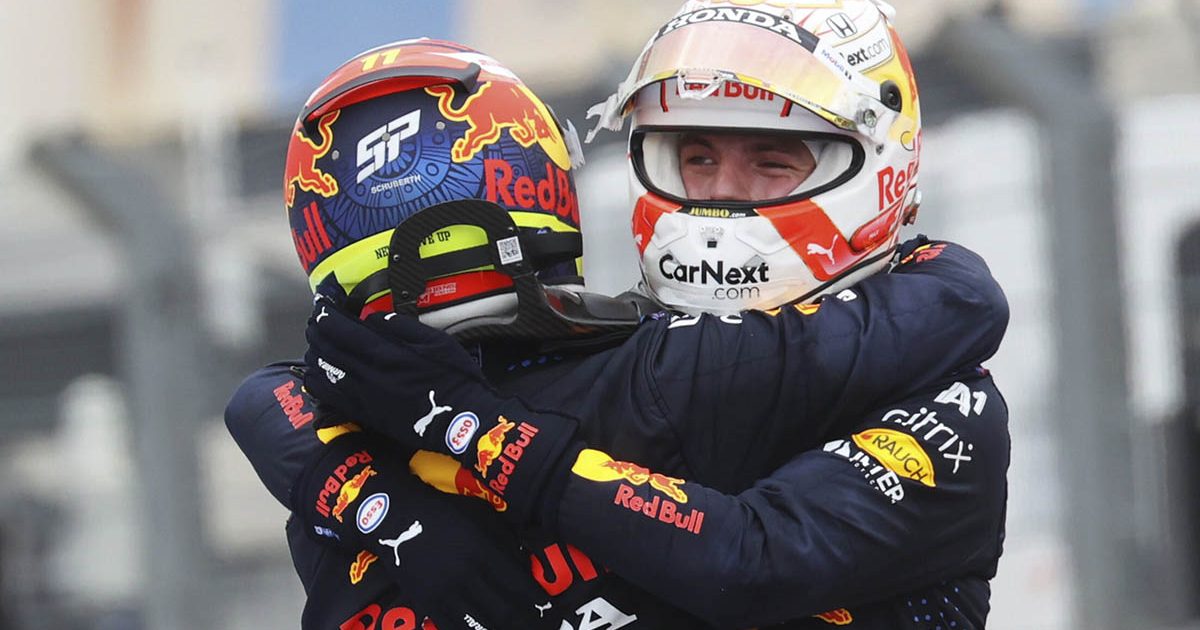 Sergio Perez has said there are no team orders for him to play second fiddle to Max Verstappen at Red Bull and they are free to fight.

Perez, while not fully on the same terms as Verstappen and Lewis Hamilton in the Drivers’ Championship, has played a crucial role in helping Red Bull build a 37-point gap to Mercedes in the Constructors’ battle after seven rounds.

When Verstappen crashed out of the Azerbaijan Grand Prix in dramatic style, Perez was there to rescue the day with his first win in Red Bull colours and he subsequently followed up with another podium appearance in France.

With Verstappen the undoubted golden boy at Red Bull, there were questions asked about just how much Perez would be allowed to do with his new team. But, he has said he is currently under no restrictions.

Love this from Checo 🤜🤛 #F1pic.twitter.com/DSelad3eyi

“There is no clause in my contract that says I am not allowed to fight Max,” Perez told RacingNews365.

“The team has already shown that both sides of the garage get full support.

“At the moment we are working very well together and we still have a long way to go.

“So I just need to focus, improve myself and then we’ll see how far we can get.”

Perez went on to say that he has a good relationship with Verstappen and the information is freely flowing between the two as they look to continue to apply pressure on Mercedes.

“I am quite impressed with Max,” Perez added.

“About his performance on the track I can’t say anything that hasn’t already been said.

“Everyone knows how good and complete Verstappen is these days. He has a lot of experience at the team; you can tell he has been here for a long time.

“Max focuses on the right things and in terms of the car we also share a lot of information with each other.

“We push each other and apart from the car he is also very relaxed. We have a very good relationship.

“You also saw that in Baku, when he came to the podium after the race, when he should have won the race. It just goes to show how close this team is.”

As for whether Perez will play the ‘wingman’ role at Red Bull, he thinks it is too early to define his role as purely a secondary one.

He added: “It is still too early for that. We have only completed six [now seven] races. We have to keep performing, weekend after weekend and score as many points as possible.

“There are still many races to come and of course we want to win the Constructors’ Championship as well. So we will work very hard.”