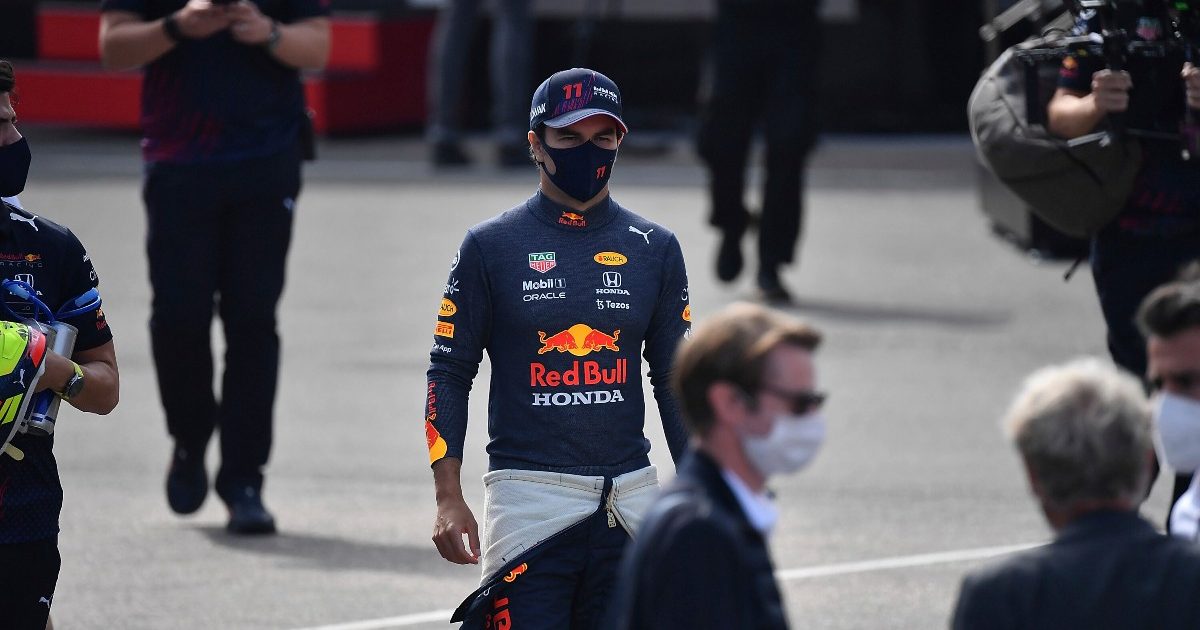 Sergio Perez looks set to take a grid penalty for the Dutch Grand Prix, with Red Bull taking the opportunity to change parts.

The Red Bull was the fastest car on the grid at Zandvoort, shown by the fact that Max Verstappen claimed pole position despite having DRS issues on his final flying lap in Q3.

Despite that though, Perez wasn’t able to even make it out of the first session of qualifying, finishing it in P16 and thus being knocked out.

Ginve that he’s already starting so far down the order, it looks like Red Bull will change his engine this weekend and take a grid penalty rather than do so at a later date when it could be more damaging.

“[We will change] as many parts as possible,” Helmut Marko told Servus TV.

“So that we can minimise the damage, so to speak, and have no more penalties for the rest of the season.”

The reason he was knocked out is because the Mexican wasn’t able to complete a flying lap during his second run, failing to cross the finish line and start it in time.

Speaking after qualifying, Horner clarified that this was because he was held up by other cars in the pit-lane and then was too slow on his out-lap.

“We sent him out with enough time,” said the team principal.

“But they all went backwards in the pitlane and he lost a lot on the track. We have to fight back with Perez tomorrow.

“I think Max was excellent in the first sector in Turn 2 and 3. Sergio’s confidence was not there.”

Perez hadn’t looked particularly comfortable on the circuit prior to qualifying, failing to match Verstappen’s pace in the practice sessions.

He feels that he was making good progress prior to being knocked out though and fancied his chances of making it a successful Saturday.

“Very disappointed today because we had such a fantastic car,” he said after being knocked out.

“We had everything we possibly could, we were making very good progress. I think we had big potential for today and we missed just a couple of things.

“We were probably carrying just a bit too much fuel for Q1. We were less safe than we thought and in the end people were making gaps in the pit lane and I just missed out by a couple of seconds.”