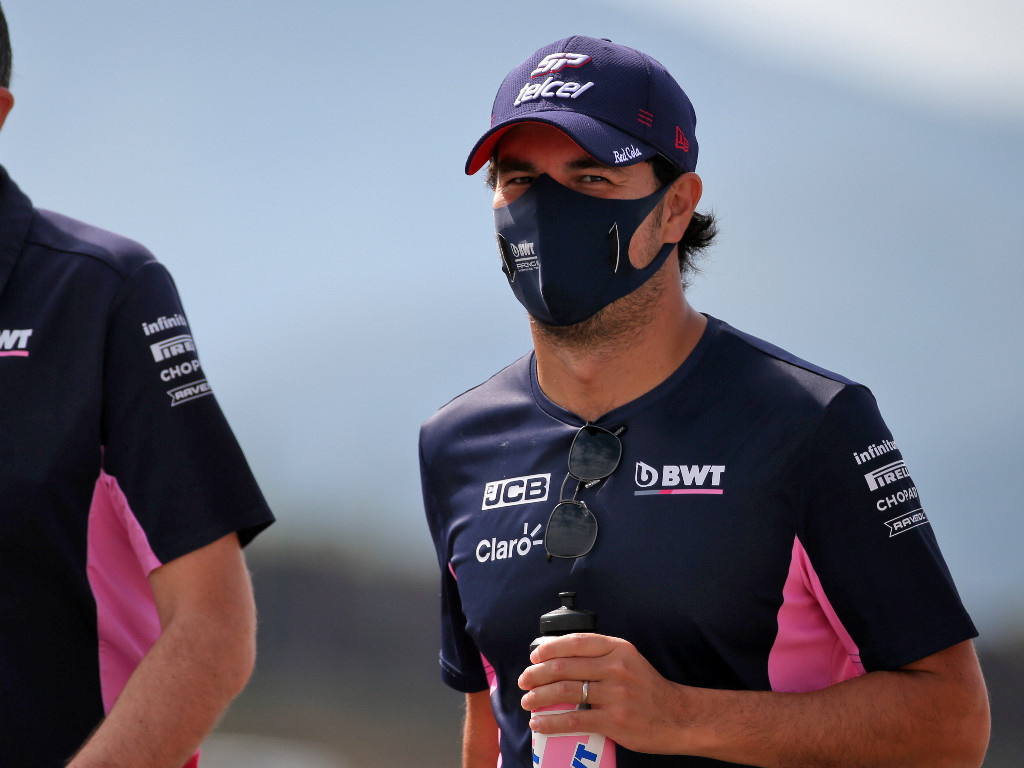 Sergio Perez has been given a one-place grid penalty for hitting Kimi Raikkonen as he exited the pits at Mugello in FP2.

The Racing Point driver came down the pit exit at the same time that Raikkonen was making his way down the main straight on a flying lap.

Raikkonen would then take the racing line into Turn 1, at which point Perez tagged the back corner of his Alfa Romeo and sent Raikkonen into a spin.

The Stewards’ ruled that there were grounds to reduce the severity of the penalty, and therefore imposed a one-place grid drop on Perez for the Tuscan Grand Prix, rather than the standard three-place penalty, while one point has also been added to Perez’s superlicence.

“The Stewards heard from the driver of Car 11 (Sergio Perez) and team representative and have reviewed video evidence and radio transmissions,” their report reads.

“The Driver of Car 11 was warned by his team of the approach of Car 7 and Car 23 as he was leaving the Pit Exit, there was a blue flag waved at him prior to Turn 1 and it was apparent that he saw Car 7 in his mirrors.

“The Driver argued that the Pit Exit is extremely long and he had reached a high speed by the time he was passed by Car 7 and that he was unable to take a different approach to the turn.

“We consider there is some merit in mitigating penalty and therefore reduce the normal penalty for an offence of this type from 3 grid positions to 1, noting that a grid penalty is appropriate as Car 11 was exiting the pits, whereas Car 7 was on a fast lap and therefore the driver of Car 11 was wholly to blame.”

Speaking to Sky F1 before the verdict was issued, Perez spoke of how the pit exit was narrow and the Stewards’ has suggested that changes could be coming.

“It’s very narrow and long this pit-lane exit,” he said.

“Obviously it’s the first time we are here and the Stewards’ think that the pit-lane exit should be changed because it goes far too long and it doesn’t give you an angle when you are in the pit-lane exit so that can cause an accident as well.”

Perez had a mixed opening day at Mugello, finishing P19 and P7 in Friday practice, just a day after it was announced that he will be replaced at the team by Sebastian Vettel for 2021.