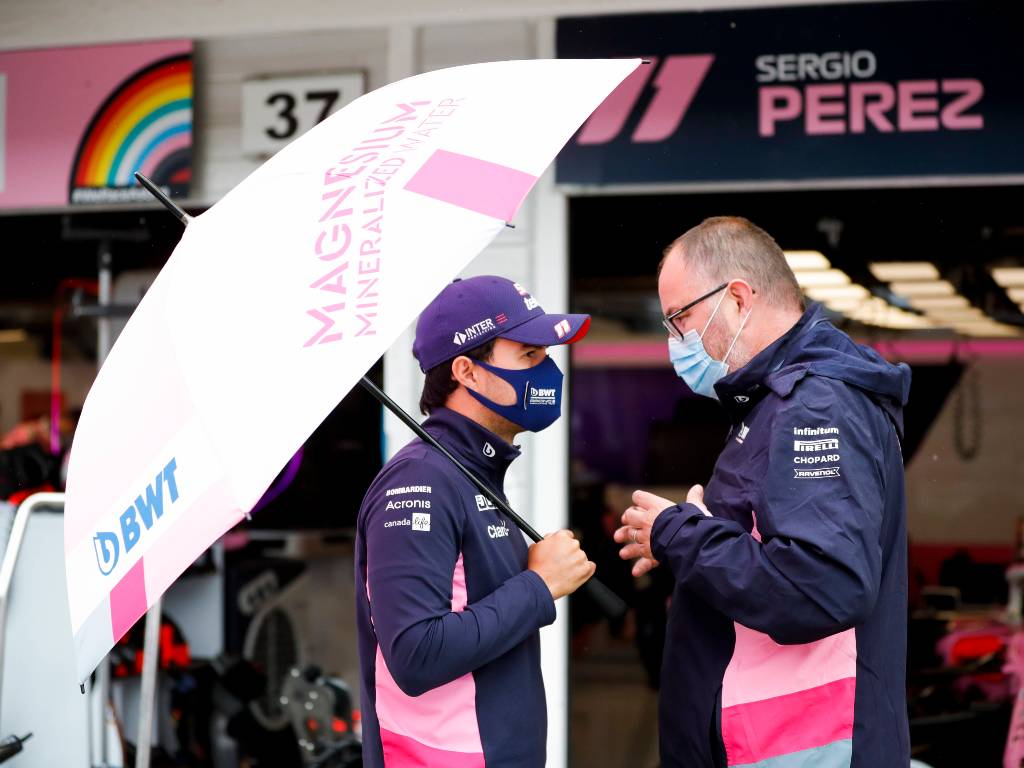 Red Bull are hoping for “a lot of input” from their new recruit Sergio Perez about the Mercedes engine – gathered while he worked his notice at Racing Point.

Dr Helmut Marko has revealed that in the three months since Perez was told his contract for 2021 was being terminated by Racing Point, he was “very attentive to everything Mercedes did”.

That will be helpful to Red Bull, who go into the 2021 season with a final year of Honda power units before their engine provider pull out of Formula 1 at the end of the campaign.

In 2022, Red Bull will need to source another supply of engines, potentially acquiring Honda’s intellectual property and bringing the operation in-house, so any information they can glean about their rivals would be welcome.

Perez has been signed on a one-year contract as Max Verstappen’s team-mate in place of Alex Albon, having enjoyed an excellent 2020 campaign at Racing Point which included his first Formula 1 victory in the Sakhir Grand Prix.

Speaking on the ‘Sport and Talk from Hangar 7’ programme on Austrian television channel Servus TV, Marko, head of the Red Bull driver development program, said the team will be tapping into the technical knowledge Perez has picked up.

“Sergio brings a lot of knowledge about Mercedes with him,” said Marko, quoted by Speedweek.

“After they let him go at Racing Point, he was obviously very attentive to everything Mercedes did. We hope for a lot of input from this side.”

The 77-year-old Austrian also indicated that Red Bull hold an option on extending Perez’s contract even if, as the Mexican had indicated before his arrival was confirmed, he had something tempting lined up for 2022.

“It was a relatively short contract negotiation, it’s an agreement for one year,” said Marko. “We can intervene should he receive other offers.

“The background is that since Max has been with us, apart from [Daniel] Ricciardo the second car has always fallen off.

“It is also something against our line – so far, almost always only people from our program have come up.”

Marko believes Perez can help Red Bull to challenge Mercedes for the constructors’ World Championship, saying: “Pérez has incredible tyre management. His 10 years of experience is an advantage. You have seen how long he can drive at high speed with one compound.

“Our goal is to win the World Championship. To do this, you need two cars that can compete at the front. It’s about strategy.

“Pérez drives in the form of his life. With Alex Albon there were ups and downs, so we had to make a decision.

“If we want to aim for the constructors’ Championship, we need a strong driver in the second car.”