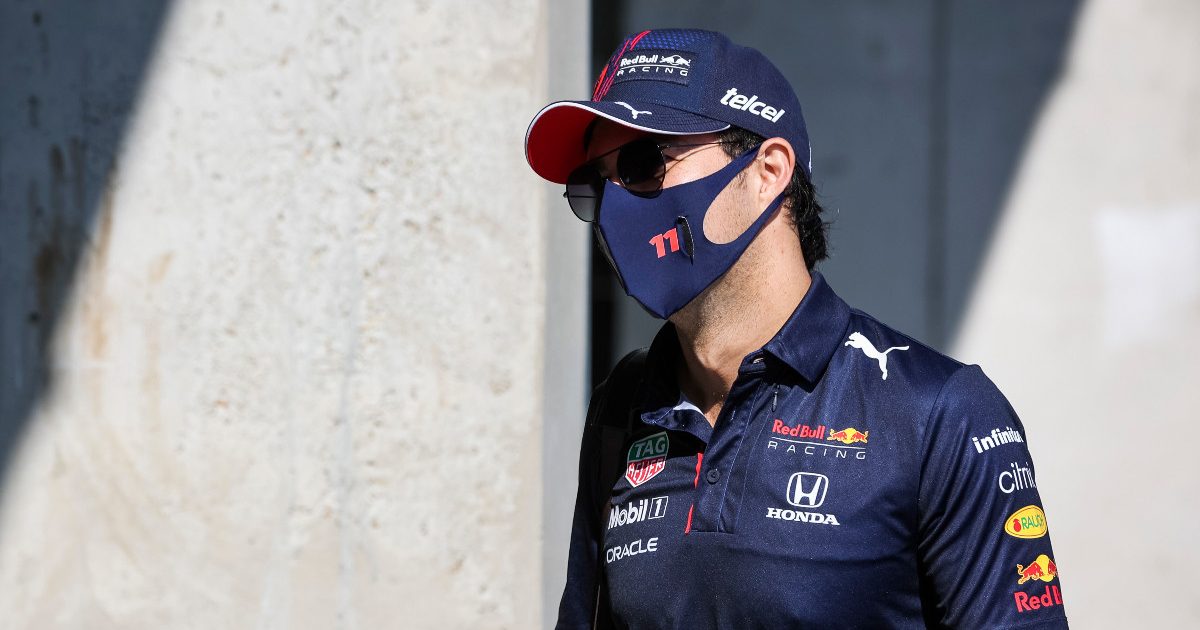 Sergio Perez is not sure if it was gamesmanship from Lewis Hamilton, but was certain he would have improved with a final Q3 lap.

Hamilton was on provisional pole for the Hungarian Grand Prix as he made the slow trundle to start his final lap to secure it, and behind him were the Red Bulls of Max Verstappen and Perez wanting to deny him.

But Hamilton’s slow out-lap left the Red Bulls on the brink of failing to cross the line before the chequered flag dropped.

Verstappen was able to get there in time but Perez was not, and so was confirmed as the P4 starter in Hungary.

A disappointing end to Q3 for the Mexican, who was confident of improving should he have had a final push lap.

“I don’t know if games, but it was a shame I couldn’t get my final attempt,” Perez told reporters.

“I think there was good lap time in it and I could certainly have done a lot better than I did today.

“It’s a big shame, the track was improving a lot for that final run and I was just not able to get it.”

But in the context of the race, P4 still represents a solid starting spot for Perez who shares the second row with his team-mate Verstappen.

The Hungaroring is a track which does not lend itself to overtaking, so Perez hopes to gain a few places off the line.

“Definitely looking massively forward to the race,” he said.

“I look forward to putting [together] a great start first of all, track position is very important, so hopefully we are able to get a couple of places at the start and go from there.”

Perez does not have a particularly strong record at the Hungarian Grand Prix, scoring points in only three of the 10 races he has contested.