Home News Perez: We ‘gave the podium to Ricciardo’ 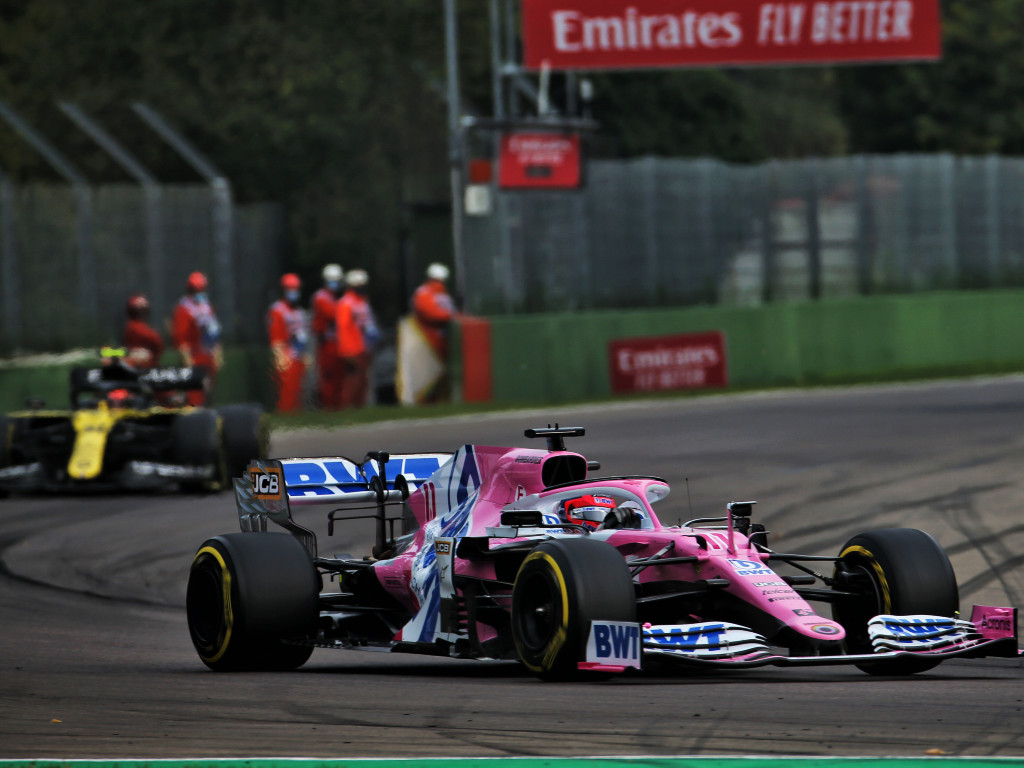 A very downbeat Sergio Perez said Racing Point had gifted what should have been their podium to rival Daniel Ricciardo at Imola.

The Safety Car was deployed after Max Verstappen crashed and ended up in the gravel, and Racing Point then made the surprise call to pit Perez who had been promoted to P3 and the final podium position as a result of Verstappen’s demise.

The old-school Imola track doesn’t lend itself to overtaking and with Perez coming out P7 he had it all to do.

He would finish P6 with his rival in the Drivers’ Championship Ricciardo taking a second podium of the season.

Racing Point are also locked in a battle with Renault in the Constructors’ Championship over P3, so with that strategy blunder Perez said his team had gifted a podium to Renault’s star driver.

“Looking at it it didn’t make sense at the time, the call was very late, but it’s always easy to take the right decision after the race,” he told Sky F1.

“Overtaking today was extremely difficult. I haven’t spoken to the team yet but they must have some reason for it.

“Painful, painful day because we had that podium in the pocket. It’s just hard to digest.

“I think they are as disappointed as I am right now and we are a team, we lose and also win together so in hindsight it was the wrong call today.

“We put ourselves in a position to win that podium, but yeah it is a painful day and also a painful day in the Championship. We basically gave the podium to Ricciardo.”

🤕 Most importantly today, we're pleased to report our mechanic who took a tumble is back on his feet after being checked out by our medics.

Perez will leave the Racing Point team at the end of the season, but the Mexican is arguably in the form of his life in 2020 having scored points at every race he has contested.

Williams closed the door on Perez over the Emilia Romagna Grand Prix weekend by confirming that George Russell will stay with the team, but Perez is still strongly linked with Albon’s Red Bull seat.

“We’ll see on that, as I always say in Formula 1 until you have something signed everything is in the air,” he said when asked about his status for 2021.

“We’ll see what happens in the coming weeks.”