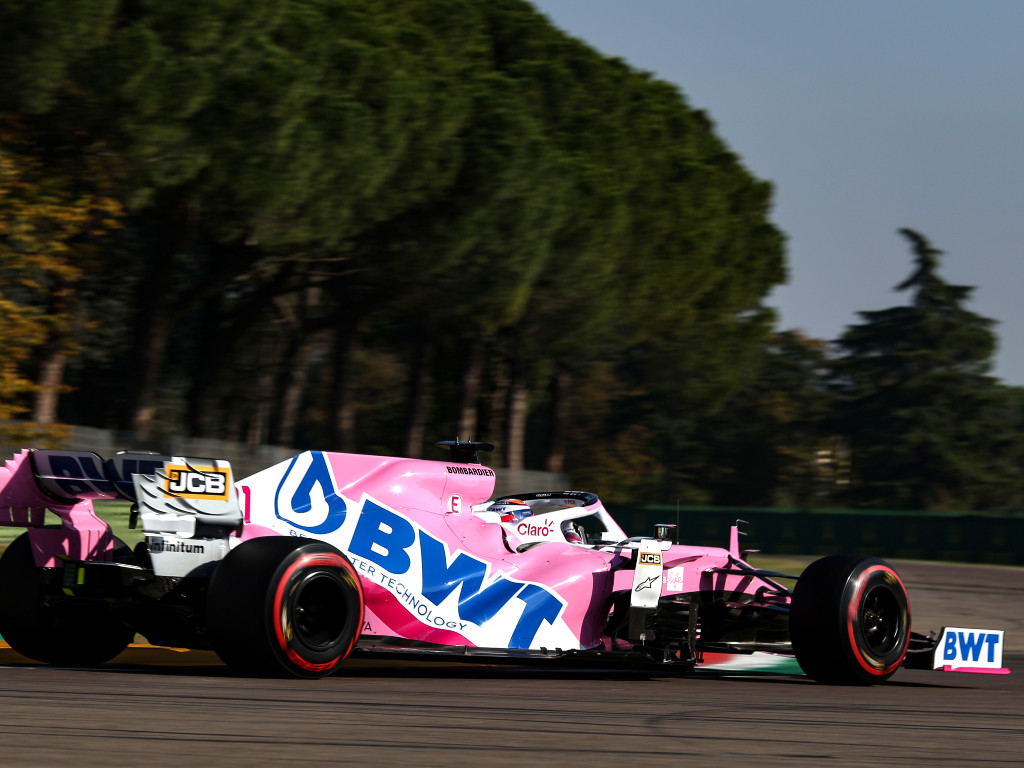 Sergio Perez suffered a rare Q2 exit at the Emilia Romagna GP, but hopes a less restricted strategy will help him in the race.

When the chequered flag fell on Q2 at Imola and Perez was P11 it marked the first time that the Racing Point driver had missed out on the pole position shootout in dry conditions this season.

An advantage for him though is the fact that he now has a free choice of tyres for the race start, something which he hopes to take full advantage of.

That and the fact that his RP20’s setup is geared towards the race.

“It’s a shame [to get knocked out early], but hopefully the free tyre choice can give us an opportunity – I definitely prefer to be P11 than P10,” he told reporters.

“In that regard I’m happy also with my lap, we just compromised a bit too much on race set-up for qualifying, so hopefully that can pay us some good dividends tomorrow.

“A good start, good strategy and good tyre management on that first stint will be key.

“We don’t expect the soft to be so good. Obviously tomorrow anything can happen. [Starting out of the top 10] might turn out to be a good thing.”

For Perez’s team-mate Lance Stroll his tough spell continues with the Canadian racer set to start the Emilia Romagna Grand Prix from P15.

“I was just slow throughout qualifying so I need to look at why that was,” he said.

“Very frustrating session, we were just not quick.”

There’s plenty of work for @lance_stroll to do tomorrow, but if his previous race starts are anything to go by, it’s still all to play for! 🚀#ImolaGP #F1 pic.twitter.com/xsI5Snwbb0

Racing Point also spent most of the 90-minute practice session before qualifying trying to fine tune their approach to the race, so Stroll hopes that will give him a boost as he aims to make his way into a points position come the end of the race.

He added: “For sure, it’s a long race tomorrow so we’ll do our best and try to gain some positions.”

As the 2020 season nears its conclusion Racing Point can’t afford any slip-ups as they battle to retain their P3 spot in the Constructors’ Championship.

The Silverstone squad currently have 126 points on the board, but McLaren are only two behind with Renault then in P5 on 120 points, meaning it’s all to play for at Imola.