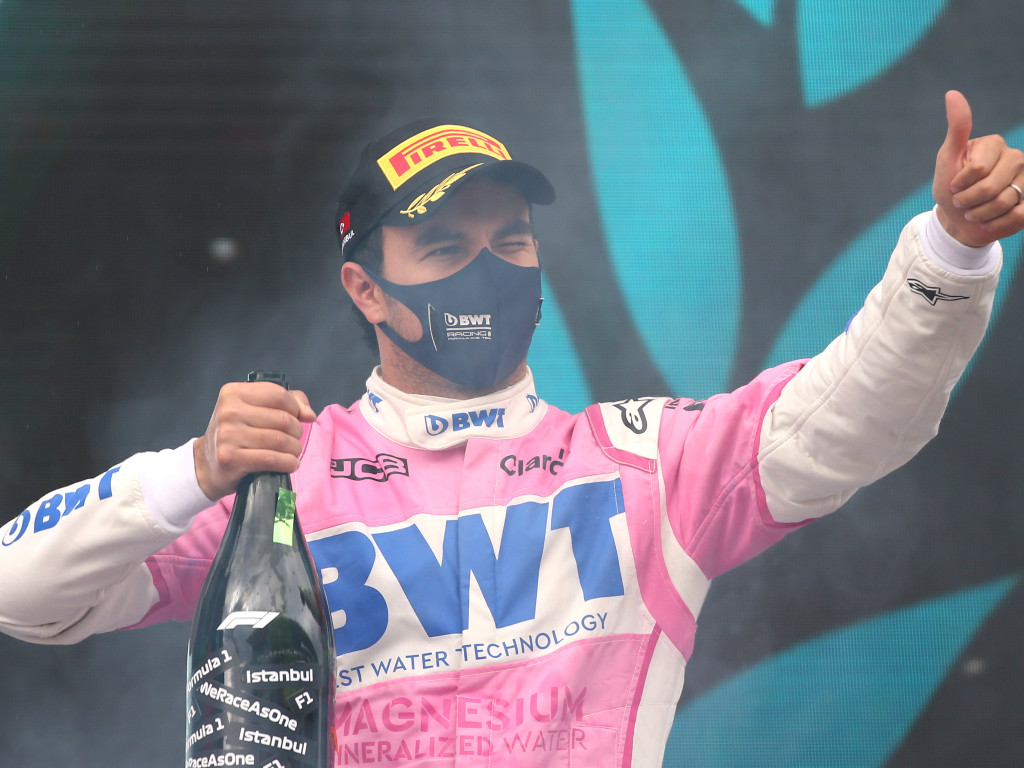 Sergio Perez said no team orders were issued by Racing Point as they ran P1 and P2 at the start of the Turkish GP.

Lance Stroll claimed a shock first pole position of his career as the rain fell and he made the perfect start to the race, leading comfortably into Turn 1 before building a gap over team-mate Perez who settled nicely into P2.

But Stroll’s 10-second gap would be whittled away as he struggled with severe graining on his intermediate tyres after ditching the full wets, an issue which was caused by front-wing damage that Racing Point only discovered after the race.

Stroll was stopped again for a new set of inters which met the same fate as he tumbled down the order and finished all the way down in P9, while Perez went on to finish P2.

But Perez was clear that team orders never came into the equation.

“No, we are in a fight for third in the Constructors‘, and that’s really what matters to us,” he told reporters at Istanbul Park when the question was posed to him.

“So it was all about getting both cars as high as possible. I think the lead car at the time was Lance and at that time, we thought the best was to stop.

“That didn’t work out for him, but in the end we managed to score good points. We outscored our competition and there’s still three very important races for us in the Championship.”

While Stroll couldn’t get the inters to last, Perez was able to go 47 laps on them after pitting on Lap 11, meaning his tyre management was crucial to the P2 finish.

“It was all about surviving on those inters, we were a bit stuck,” he explained.

“We were expecting some more rain towards the end of the race, and at the same time we were suffering quite a bit with the inters.

“We were going through the graining phase, and I was able to control it after that. When he [Stroll] pitted, I was also [thinking of] the idea of trying another set because my set was pretty worn out.

“But then the team informed me that he grained straight away, and the pace was not coming so we decided to stay out.

“But in hindsight, probably, even how much we suffered in the final laps, we probably could have pitted for another set.”