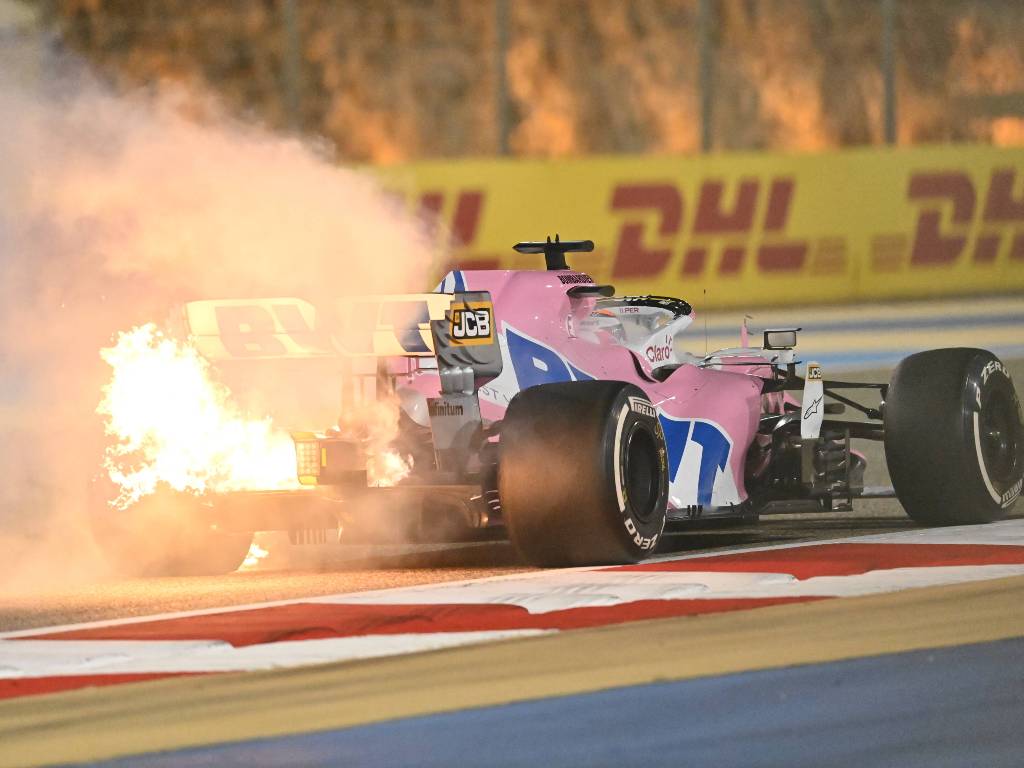 The Mexican was looking all set to finish third at Sakhir behind Lewis Hamilton and Max Verstappen when smoke began billowing from his Racing Point on lap 54 of 57 and he had to stop beside the track, bringing out the Safety Car.

It was all the more frustrating because Perez, who had finished second at the Turkish Grand Prix two weeks earlier, missed out on another 15 points that would have boosted his team’s chances of finishing third in the Constructors’ World Championship and his own prospects of fourth place in the Drivers’ standings.

Instead, with his team-mate Lance Stroll also having to retire after a collision with Daniil Kvyat, Racing Point now trail McLaren by 17 points, while Perez lost ground to rivals Daniel Ricciardo, Lando Norris and Alex Albon in the individual battle.

But when placed against the horror crash from which Grosjean miraculously escaped, with the Frenchman emerging with only minor injuries when his Haas car speared into a barrier and burst into flames, Perez thought his own misfortune barely mattered.

Asked about his disappointment, Perez said: “It’s hard to digest, it’s a big hit. Those points are extremely important, crucial to us in everything.

“But I also have to say it becomes very irrelevant when you see what happened to Grosjean and I’m just very happy he’s okay and he can be with his family, kids, and I think that’s the most important thing of the day.”

The race was obviously red-flagged after the opening-lap incident and Perez was pleased with how things had unfolded upon the restart until the agonising moment when he was forced to retire with a podium there for the taking.

“It was extremely difficult to stay focused because we had to do in the race in a couple of minutes and when you see a crash like that it shocks you, because then you have to jump back in the car,” said the 30-year-old, who remains without a drive for next year having been dropped by Racing Point in favour of Sebastian Vettel.

“They were critical moments. We had to stay focused, go back to the car and we did a tremendous race.

“We got more than the maximum [out of the car]. We were going to beat a Mercedes and a Red Bull today. We didn’t see that one coming, so I don’t know what to say really.”