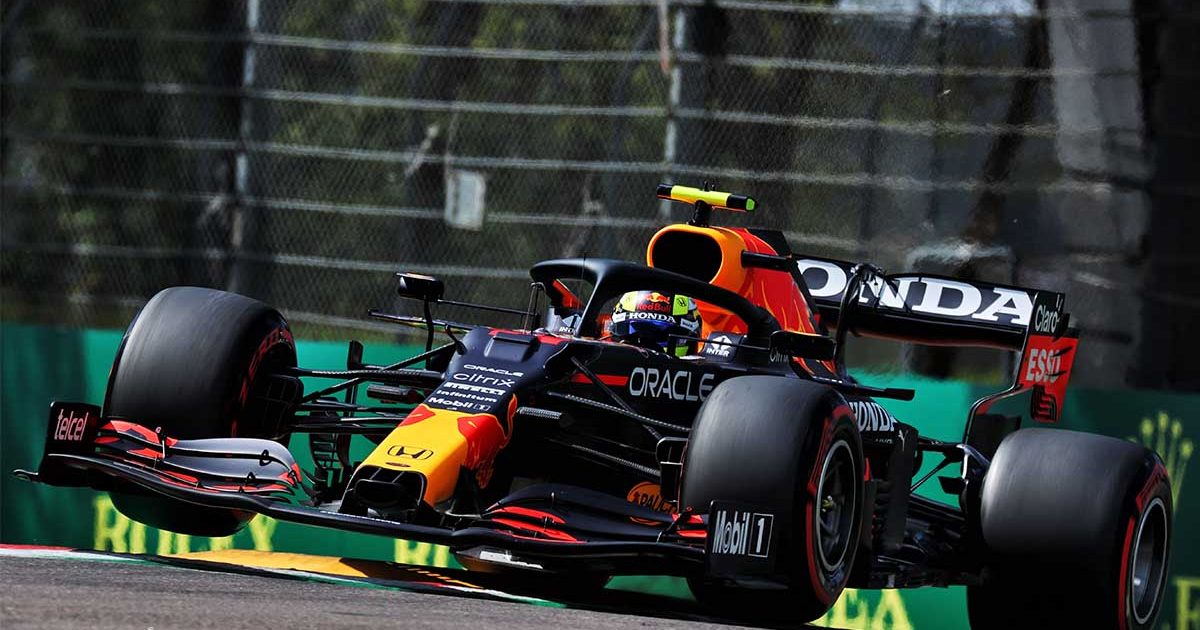 Sergio Perez feels he should be sat in pole position in Imola on Sunday afternoon, but a mistake during his best lap let him down.

Perez had a difficult start to the weekend, having collided with Esteban Ocon in FP1 and red flagging the session, but his weekend got gradually better, finishing P6 and P4 in the next two practice sessions.

He then put in a brilliant performance during qualifying during his second race weekend with Red Bull, finishing second, meaning he will line up on the front row of the grid for the first time in his Formula 1 career.

He feels he could have even pipped Lewis Hamilton to pole, though, were it not for a mistake he made during his flying lap. 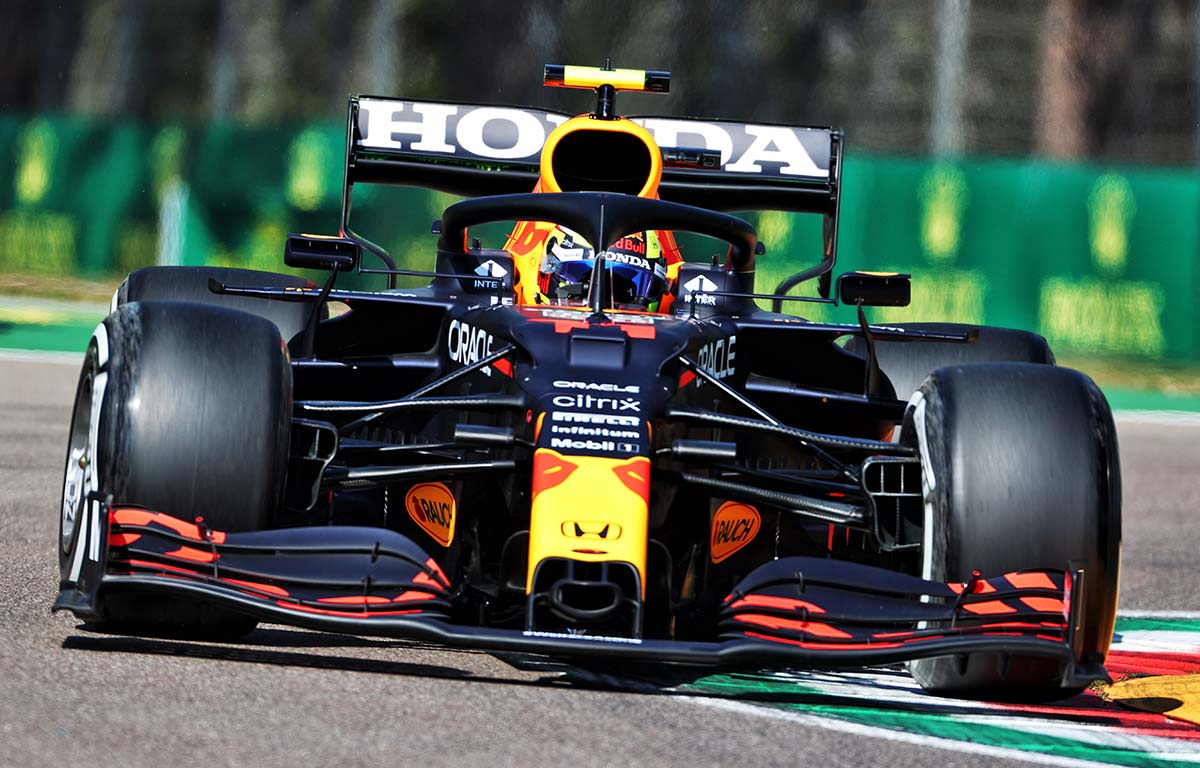 Speaking to Sky F1 after qualifying, he said: “First of all, I have to say well done to the team. I made a mistake and I made them work hard during the day so it’s a good recovery.

“The most important is that we’re showing progress. I never expected to be here today [given] where we were yesterday. We’ve been improving, but it’s just important.

“I should have been in pole today, I did a mistake on my final corner so I think it’s everything positive but we just have to make sure that we keep progressing and tomorrow is what matters.”

It will be a very different race to his debut for Red Bull in Bahrain where he was forced to start from the pits and make his way through the order, up to fifth.

Sunday will see him line-up alongside F1’s record race winner Hamilton and also ahead of his team-mate Max Verstappen – the first time the Dutchman has been beaten by a team-mate on merit during qualifying since 2018.

With the weather set to be different to Saturday’s conditions, with a chance of rain, it all adds to the uncertainty of how the Emilia Romagna Grand Prix will play out, but Checo seems happy enough to just keep learning inside his new RB16B.

He added: “I think anything could happen tomorrow. We are in a different strategy to Lewis and Max so it’s going to be interesting to see what we can do and most important [thing] is get those points, get that learning which is priority at the moment.”

Perez’s performance certainly earned the approval of Dr Helmut Marko, who told Sky Germany: “In his first run, Max had [Lance] Stroll in Sector 1 and lost time there. In his 2nd run he had some mistakes.

“But despite that a very strong performance by Perez, impressive to see because it is just his second race with us.”