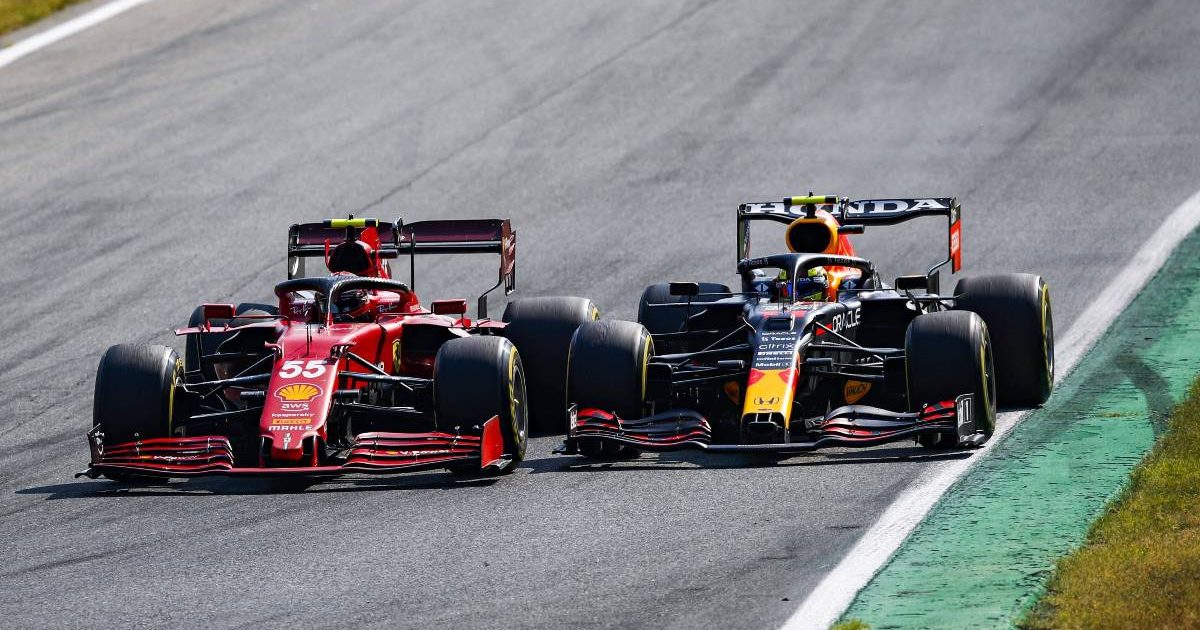 Sergio Perez hoped the stewards would take a “wider view” of his pass on Charles Leclerc, but that was not the case.

The Italian Grand Prix had not been a straightforward weekend for Perez, who was compromised for sprint qualifying on Saturday having sacrificed his own efforts to give his Red Bull team-mate Max Verstappen a tow and thus boost the Dutchman’s grid spot.

That left Perez starting P9 and, unable to gain a place in the sprint, he started the Italian Grand Prix from P8 following the application of Valtteri Bottas’ grid penalty.

It was not until Verstappen’s collision with title rival Lewis Hamilton that Perez’s race started to show promise and with both of those drivers out of the equation, Perez made a pass on Leclerc for P3 after the Safety Car restart.

He did so though by cutting part of the second chicane and after race control did not respond to Red Bull, Perez was not told to return the position.

Later though, confirmation came of a five-second time penalty, which meant Perez was classified P5, behind Bottas and Leclerc.

🗣 "We did the best possible race we could as a Team but overtaking was impossible today and it was really difficult to keep ahead of the cars behind." @SChecoPerez on the #ItalianGP 🇮🇹 pic.twitter.com/P3ULaOtOOM

It is safe to say the decision did not go down well with the Red Bull driver.

Asked by Sky F1 if, looking back, he felt it would have been better to give the place back to Leclerc, Perez replied: “Yeah, but we were, as a team, hoping to have a bit of a wider view from the stewards.

“The way I see it, if I [had] tried to make the corner we would have had contact, so I basically avoided contact.

“I had nowhere to go. It was my corner so I really had to go and avoid it. In the end, we took the decision to just carry on and we were expecting a bit of that.

“Valtteri was pretty strong, pushing me hard. We were fighting there but unfortunately, we got the podium on track but lost it due to other reasons.”

Perez’s Monza haul was vital though for Red Bull’s hopes in the Constructors’ Championship, although Mercedes have now moved 18 points clear of their rivals thanks to Bottas’ P3 finish.