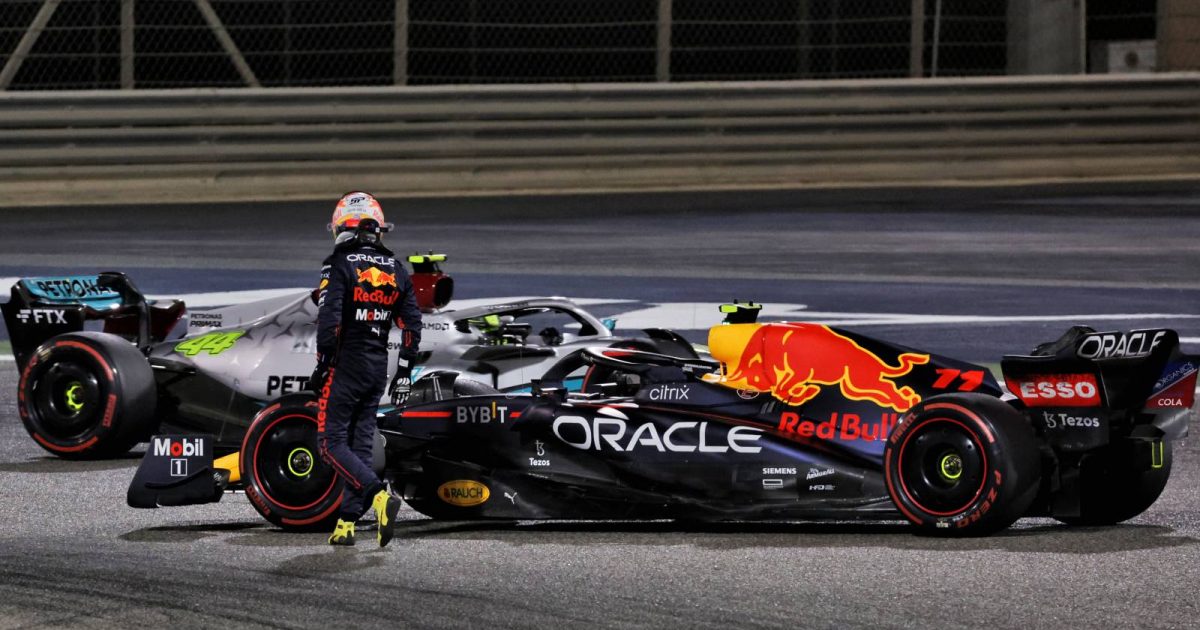 Sergio Perez says he has faith in Red Bull to turn around their fortunes in Saudi Arabia this weekend after a tough time in Bahrain.

Both he and his team-mate Max Verstappen retired from the race last time out with suspected fuel pump issues, the Mexican spinning around at Turn 1 on the final lap after his engine cut out.

Having looked set for at least second and fourth-placed finishes in Bahrain, that left Red Bull yet to get on the board in both World Championships, Ferrari taking maximum points and getting off to the perfect start.

Ferrari driver Charles Leclerc predicted last weekend Red Bull seem to be two or three tenths of a second ahead of the Scuderia when it comes to race pace, and Perez hopes to use the inherent speed in the RB18 to put himself in contention come Sunday.

Handing over to a new era for #F1 🤝 pic.twitter.com/tfKxiz584d

“I’m looking forward to getting back in the car this weekend,” Perez said. “Bahrain was difficult, I was one lap away from starting the season on the podium. But I am confident in this team and we will work together to overcome it.

“The positive thing is it’s a long season ahead, we have a quick car and I felt very competitive throughout the race.

“I am hoping to take that pace and utilise it from qualifying through to Sunday in Jeddah.

“Last season’s race there was crazy. It is a very challenging track and will be even more so in the new cars.

“Unfortunately, I didn’t finish the race in 2021 so I want a clean race and to show the full potential of this car.”

Red Bull team-mate Verstappen had a frenetic race in Saudi Arabia last year, having crashed at the final corner in qualifying and been involved in several dramatic moments against Lewis Hamilton in the race.

He is looking forward to seeing how the track safety adjustments in Jeddah will affect things this weekend.

“The track is still very new for us. Last year the humidity was challenging and they have made some small adjustments to visibility in sector one, so I’m curious to see how it will be this time around,” he said.

“It’s a really quick track with high-speed straights and this year the cars are slightly heavier, so it will be really interesting to see how they perform.”