Home News Perez: The rest is not in my hands 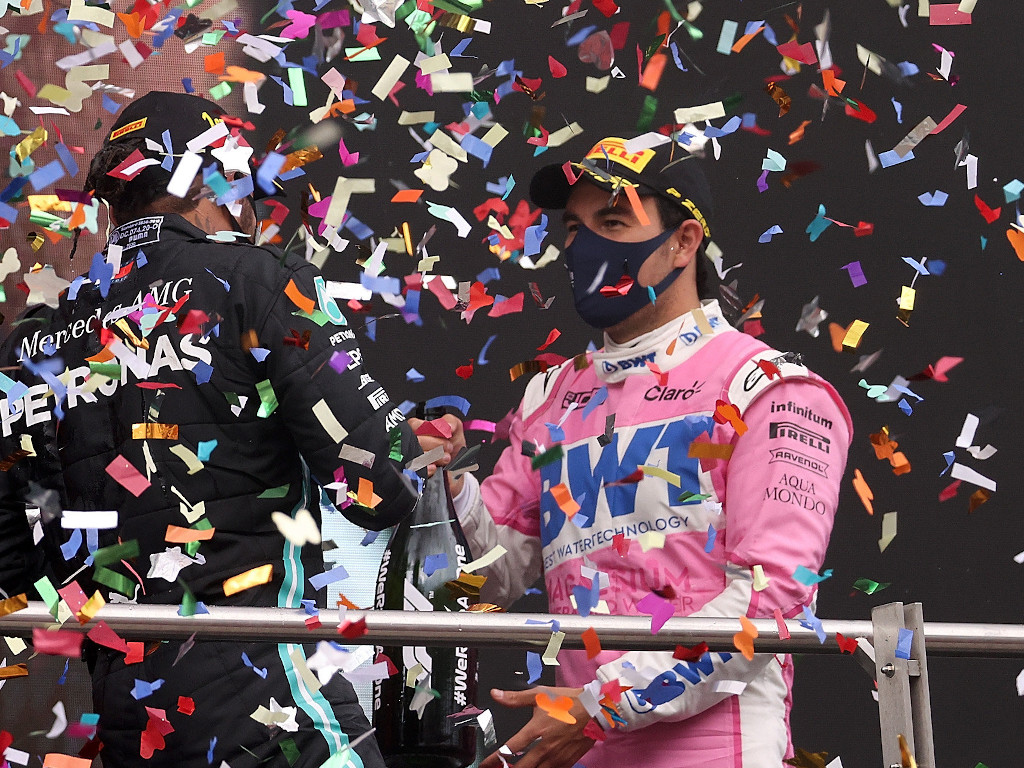 On the podium in Turkey, Sergio Perez reckons he’s at the “peak” of his performance but concedes his future is “not” in his hands.

As things stand at present, Perez will not line up on next year’s Formula 1 grid after losing his Racing Point seat to Sebastian Vettel.

And yet he is P4 in the championship.

The 30-year-old secured a podium finish at the Turkish Grand Prix, P2 ahead of Vettel, to move up to fourth in the Drivers’ Championship despite having sat out two races when he tested positive for Covid-19.

His result on Sunday also moved Racing Point up to third place in the Constructors’ Championship, five points ahead of McLaren.

Perez believes he’s in his best form ever this season.

“I think from my side it’s been a good season but also Formula 1, it’s so much related to your car’s potential,” he said.

“I think I’ve had very good seasons in the past but were not seen as a good year because of the car potential.

“I was finishing seventh in the championship, a couple of times eighth, but I was still doing a good job, a tremendous job.

“I think right now I’m in a very good level in my career, I think probably at my peak in terms of experience, understanding, communication-wise with the team as well. I’ve been a while with the team so that also helps.

“And yeah, I think the season has been a bit up and down due to a lot of things, circumstances, some on track, some off track, but still we’re getting our season on track and I’m sure this podium will help us to finish the last few races on a high.”

Sunday’s result brought Perez’s podium tally up to nine, eight more than Albon and nine more than Nico Hulkenberg, the other driver being linked to the Red Bull Racing seat.

Acknowledging that he wants to end his season on a high note, Perez concedes that’s all he can do towards securing a 2021 seat.

“I think as always you have to be delivering weekend after weekend and you are only as good as your last race, so it’s important to finish on a high,” he added.

“The rest is not in my hands.”