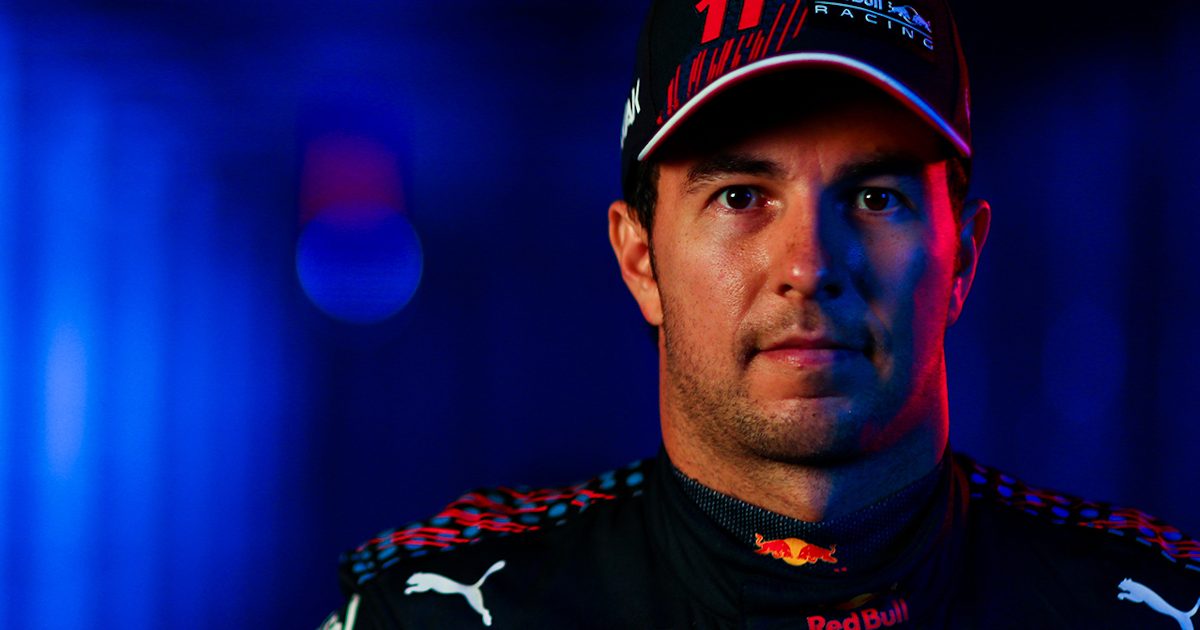 Putting in the laps for his new team at Silverstone, Sergio Perez feels Red Bull’s RB16B has “good potential”.

This season the Mexican driver is with a new team, signing with Red Bull as Max Verstappen’s team-mate.

The former Racing Point driver had the honour of being the first to test the newly-launched RB16B, putting in a few trouble-free runs in blustery conditions.

“Driving a new car is always special – for the driver and also for the team,” he said.

“They have been working so hard through the winter, so to finally take the car on track, it’s quite an emotional day.

“I can say I think there is a lot of potential.

“The conditions were not great but it was nice to get a feeling for the car. It’s pretty exciting.

“Earlier this week I drove the RB15 but today I could feel a step in overall grip and top speed.”

Looking forward to seeing a lot more of this duo 😍 pic.twitter.com/lmHwifUXS2

Mileage on the day was limited with all teams allowed a maximum of 100km in two separate filming days in their new cars. Wednesday was Red Bull’s first promotional day.

“It takes a lot of time to be 100 percent comfortable and I expect myself to be doing changes in the first five races of getting very comfortable with the car,” he said.

“But I have to say that we’ve done a lot of progress on that. We’ve changed the seat. We have adjusted the belts. Every time we were doing something different.

“So that’s the priority, to get me comfortable with it, so when we go to Bahrain we are ready to kick some ass.”

Team principal Christian Horner added: “It’s always great to see a new car hit the track for the first time and to see the drivers get their first laps in.

“Today is mainly just about making sure all the basics are functioning well before it all gets packed up and sent out to Bahrain and in that regard today was a success.”