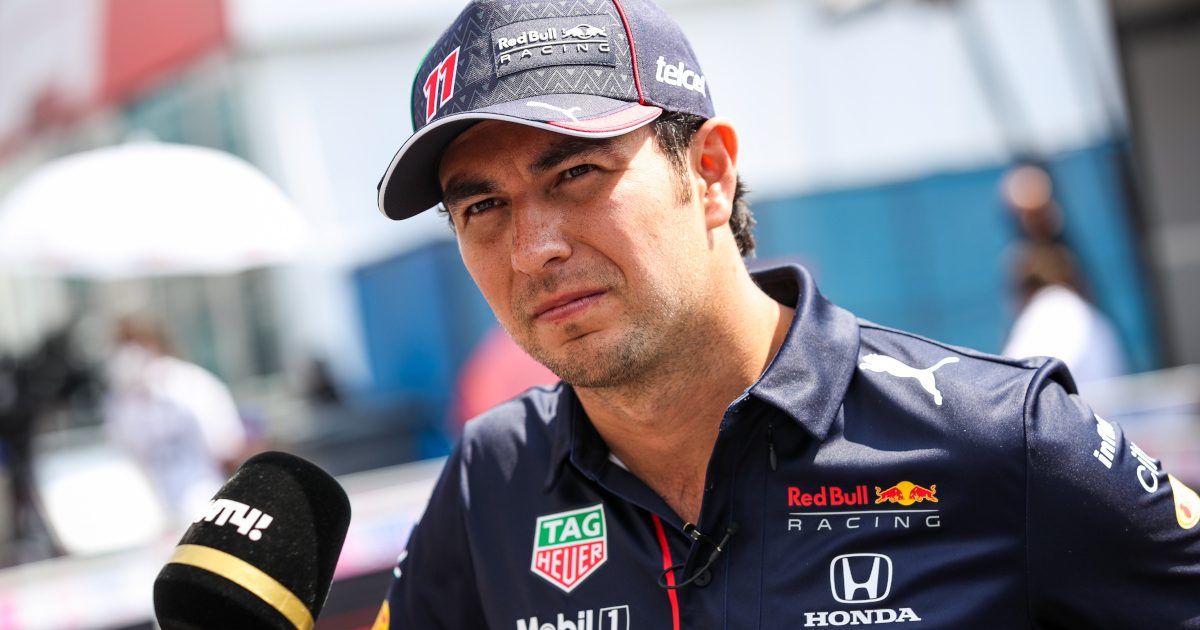 Sergio Perez is “pretty sure” Red Bull want him to win the Mexican GP, but concedes team orders could come into play.

Red Bull face a conundrum ahead of this weekend’s grand prix at the Autodromo Hermanos Rodriguez.

On the one side the partisan crowd will be cheering for their local driver, Perez, wanting him to take the win.

But on the other, the team needs his team-mate, Max Verstappen, to claim maximum points as he tries to hold off Lewis Hamilton in the championship fight. Verstappen is 12 points up on the Mercedes driver.

It is not an easy line for Red Bull to walk with Perez saying he reckons the team will be rooting for him this weekend.

“I think it will be a great problem to have from my side,” the 31-year-old said when asked if Red Bull may opt to use team orders against him this weekend.

“It always depends on the situation because most of the decisions are usually taken during the race, during the heat of the event, so depending on the circumstances we’ll see.

“But I’m pretty sure that the whole team, Red Bull, everyone, wants me to win this weekend.”

Red Bull, while needing as many points as possible for Verstappen, could have a serious backlash from the Mexican fans if they order Perez to hand the race win, or even a podium, over to his team-mate.

Conceding that the crowd will be “enthusiastic”, especially in the packed stadium section, Perez reiterated that he believes he will have Red Bull’s “full support” this weekend.

“Everyone is so enthusiastic, everyone at my team and the crowd,” he said.

“It’s a very intense fight and we’ll see through the race.

“But I’m pretty sure that everyone in the team, if there’s a race they want me to win it’s this one. So I’m sure I have the full support from everyone in my team.”

But having tried to avoid the team order question, he was again pressed on it with the Mexican driver saying there is no point speaking about it now and creating drama when there may not be a need for it.

“I don’t see much point in discussing that now,” he said.

“I think probably we will see where we are on Saturday and if it’s worthwhile having that conversation.

“Right now, there’s no guarantee that we’re going to be in that position.

“I think it will be a great problem to have as a team. But right now, we haven’t discussed anything.”