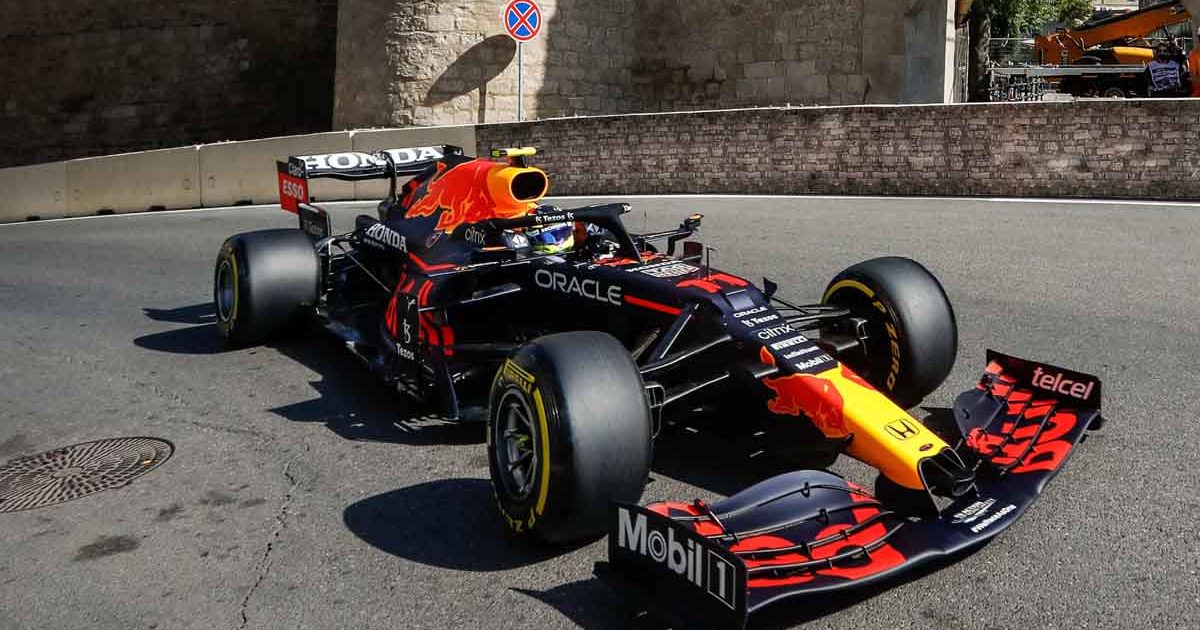 Sergio Perez aired his frustrations after not qualifying on the front row for the Azerbaijan Grand Prix.

The Red Bull driver had topped the timesheets in both FP2 and FP3, but a frantic qualifying session was broken up by four red flags as no driver was able to find a consistent rhythm in Baku.

It was Charles Leclerc who took full advantage of the situation and put his Ferrari on pole, ahead of Lewis Hamilton, Max Verstappen and Pierre Gasly – with Perez down in P7.

While almost every driver was hampered at some point due to the red flags, the Mexican still feels there was more time on the table for him.

“It was a big disappointment today,” Perez said to Motorsport.com after qualifying.

“I was on a great lap. Into Turn 4, I was about two-tenths up on my time and I locked up. I think I was a little bit too close to Lando [Norris] and the wind picked up. I locked up, I lost the lap.

“I was pretty confident of getting a good lap time out of it. We’ve been strong all weekend. In Q3, really when it mattered, it was a disaster.”

It’s really a shame!! But now is history. Tomorrow we will do everything to fight back! #NeverGiveUP pic.twitter.com/2NfC4hOJxF

While he said there were “certainly a lot of positives” to be had from his weekend so far, Perez did not hide his frustration as he believed he was well in the fight for pole position.

“I’m very, very p*ssed off today given we should definitely be in the top two, on the front row at the very least,” Perez added.

“But there are a lot of positives. I think we should be able to have strong race pace as well.”

There had been a rule implemented that drivers were not allowed to drive “unnecessarily slowly” between Turn 16 and Turn 20 due to safety concerns, but Perez was frustrated with how some of his fellow grid members conducted themselves as they wound up for flying laps.

“With the out-laps, the track is so big, but because we all want to be together, it’s a disaster starting that lap,” said the Red Bull driver.

“Actually in terms of track position, Q3 was the worst I had all weekend.

“We all went at the same time and people created gaps, but then other people overtaking, not respecting the gentleman’s agreement. It just made things a bit harder.

“We didn’t put the lap when it really counted today. As simple as that.”