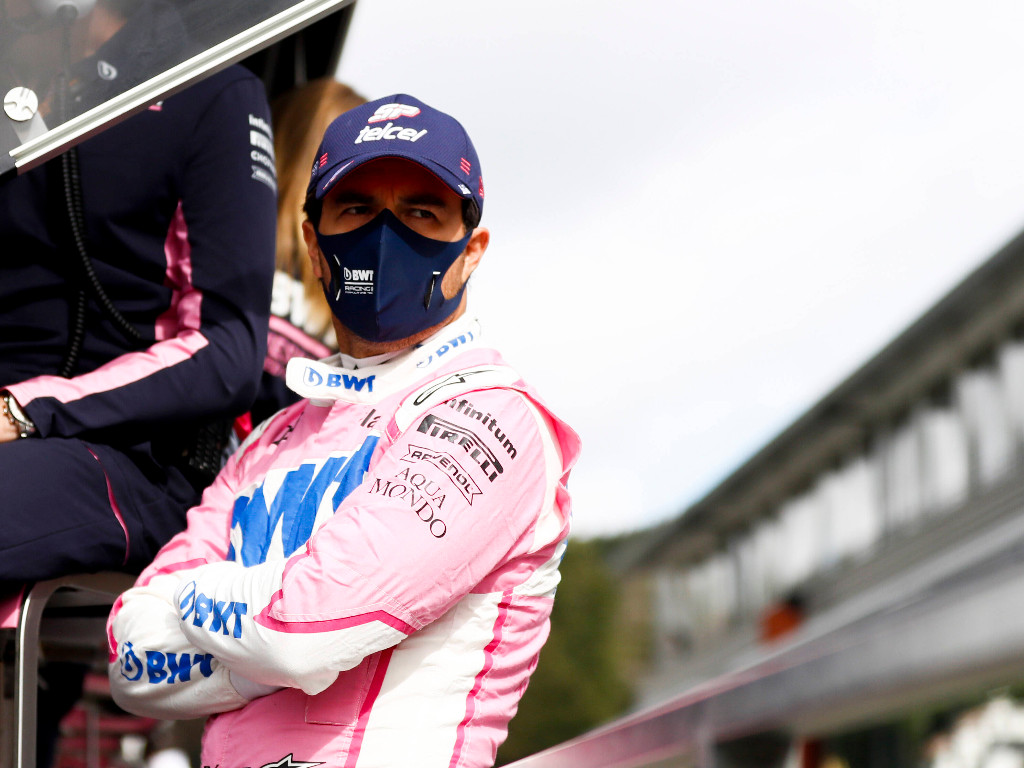 Sergio Perez was surprised, in a bad way, by Racing Point’s lack of pace during qualifying for the Belgian Grand Prix.

Spa-Francorchamps has traditionally been a happy hunting ground for the team, and this year they arrived with arguably their strongest bank balance and machinery yet, including under their former identity of Force India.

But in Q3 Perez would manage to qualify only P8, with team-mate Lance Stroll being forced to settle for P9.

The rain hasn’t even arrived yet and qualifying turned out to be a damp squid for Racing Point, and there was no hiding Perez’s disappointment.

“We were quite surprised, in a bad way,” he told reporters.

“For some reason, the pace just didn’t come, we struggled all the way through qualifying. And we just simply didn’t have the pace we were hoping for.”

Asked if the drop in pace was caused by a wet-weather setup for Sunday, Perez replied: “No that has nothing to do with it. I think we simply lost some performance today.

“Already in Q2, we saw we were trying to go on the option [medium] compound, but we didn’t have the pace and we changed to the softest one.

“In Q3 it was the same. Let’s look back and try to analyse things and see what we can do for tomorrow.”

Stroll wasn’t exactly in a chatty mood after qualifying, but he is now keeping an eye on the “question mark” that is the weather for race day.

“It’s frustrating, we were hoping for more, it has been very tight this weekend so we have to bounce back tomorrow,” he said.

“Tomorrow will be a long race, a lot can happen out there, the weather also is a big question mark.”

Team principal Otmar Szafnauer explained how the failed gamble to get Perez and Stroll through Q2 on the medium tyres compromised both drivers in the top-10 shootout for pole.

“We had hoped to reach Q3 on the medium tyres, but with all the teams so closely-matched, we had to switch to the softs to progress,” he explained.

“This left both drivers with just one set of the softs for Q3 and we chose to run early in the session. Our qualifying pace didn’t quite match our expectations from practice, so that’s something we need to understand going forward.

“It’s tomorrow that counts, though, and we’re certainly well placed to compete for good points. I’m optimistic that the race pace will be strong, but there’s a chance rain showers could influence the race too.”

Stroll has further incentive to deliver a solid performance since he will donate $1,800 for every point he scores in the race to the fight against the Calafornia fires.