Home News Perez ‘so close to jumping out’ after RB16B shutdown 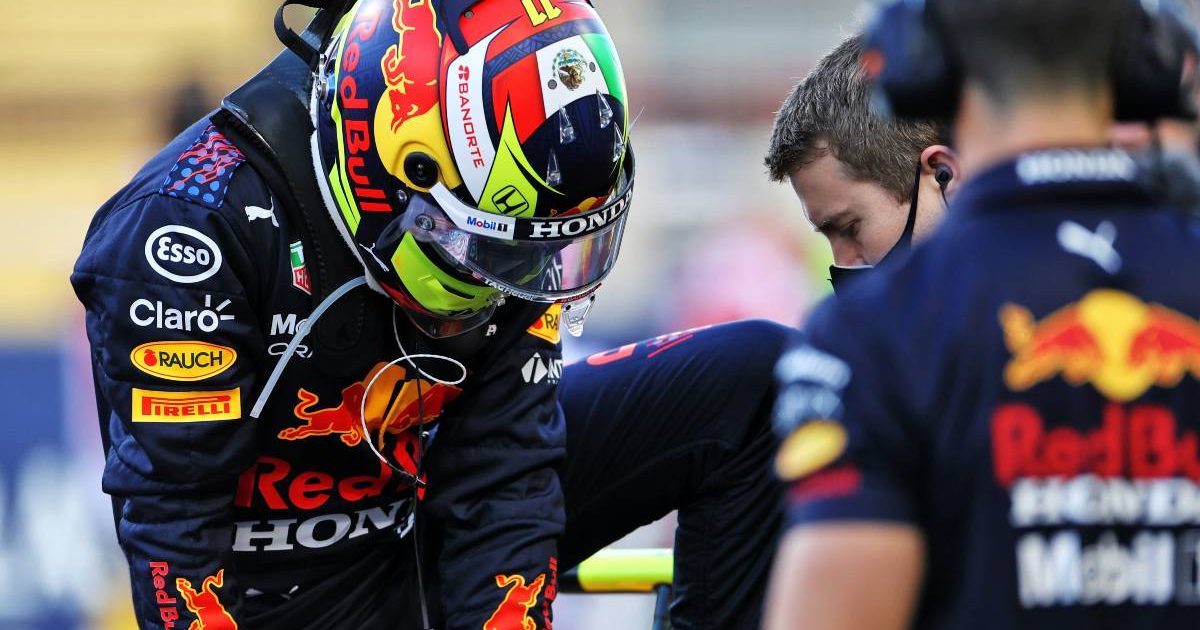 Sergio Perez said he was about to get out of his Red Bull before managing to get it firing again on the formation lap in Bahrain.

With testing slashed to three days for 2021, it was always going to be difficult for Perez as he tried to get up to speed at Red Bull as quickly as possible.

And already by the end of Q2 in Bahrain Perez had run into issues, with Red Bull’s gamble to try and get him into Q3 on the medium tyres not paying off.

P11 was already going to be a difficult enough starting spot for Perez, but the situation got even worse when his RB16B shut down on the formation lap.

He got it going again, just in time as Perez prepared to exit the cockpit, but was forced to start from the pit lane.

“All of a sudden I got a warning telling me everything was shut down,” Perez told Sky F1.

“I was so close to jumping out of the car. But I listened to my engineer and it was like ‘ok, let’s go!’

“Starting from the pit lane put us way back but the most important thing today was the kilometres that we got. In qualifying we missed Q3 and those laps were going to be very important in our progression.

“Things are starting to click a bit more now, lap by lap, and my understanding of the car is getting better and better.

“It was a shame we lost the race with Max because the car was performing really nicely but we’ll get back. It’s a long season ahead of us.”

Perez came from the back of the grid to victory the last time he was in Bahrain, but while he could not repeat the same heroics this time around, P5 despite making three pit stops was a solid effort from the Mexican.

He was also voted driver of the day, a nice reward to pick up on his Red Bull debut alongside those 10 points.