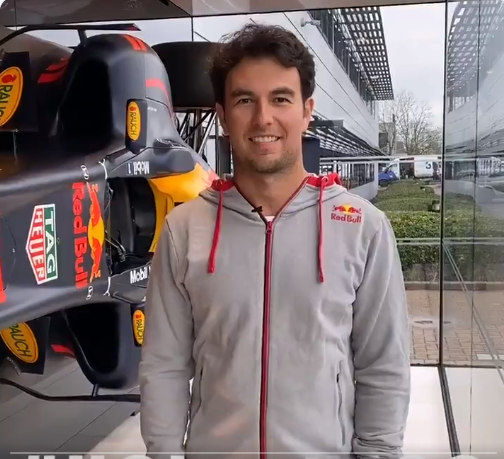 Sergio Perez declared himself “ready to start this great adventure” as he reported for his first full day with Red Bull.

The Mexican has been hired for 2021 as Max Verstappen’s team-mate, Red Bull having decided to replace Alex Albon as a race driver following his disappointing 2020 campaign.

Red Bull want to pair Verstappen with a colleague who can help the Dutchman carry the fight to Mercedes in the World Championship, with both Albon and Pierre Gasly failing to make it a double-pronged assault on Sir Lewis Hamilton and Valtteri Bottas since Daniel Ricciardo’s departure at the end of the 2018 season.

In contrast to that younger duo, who were promoted through the Red Bull ranks, Perez is vastly experienced, about to embark on his 11th F1 season and having opened his victory account at the Sakhir Grand Prix for Racing Point in last year’s penultimate race.

A series of social media posts teased Perez’s appearance at the factory as he met team staff and had a seat fitting.

It began in the form of a quiz, firstly with the ‘mystery guest’ round…

Followed by a not particularly difficult follow-up question…

And then the seat fit…

The Red Bull ‘teasers’ followed a hint from Mercedes the previous day suggesting a new contract for Hamilton might be imminent, in the form of a tweet depicting a pen and saying “you never know when one of these might come in handy”.

But whereas Hamilton, in his social media posts, gave no indication about his plans other than reports of his intense training workouts – which are certainly not those of a man about to retire – Red Bull eventually had their new driver saying an official hello to his employers.

And then finally a few more words from the man himself, which read “ready to start this great adventure” in English.