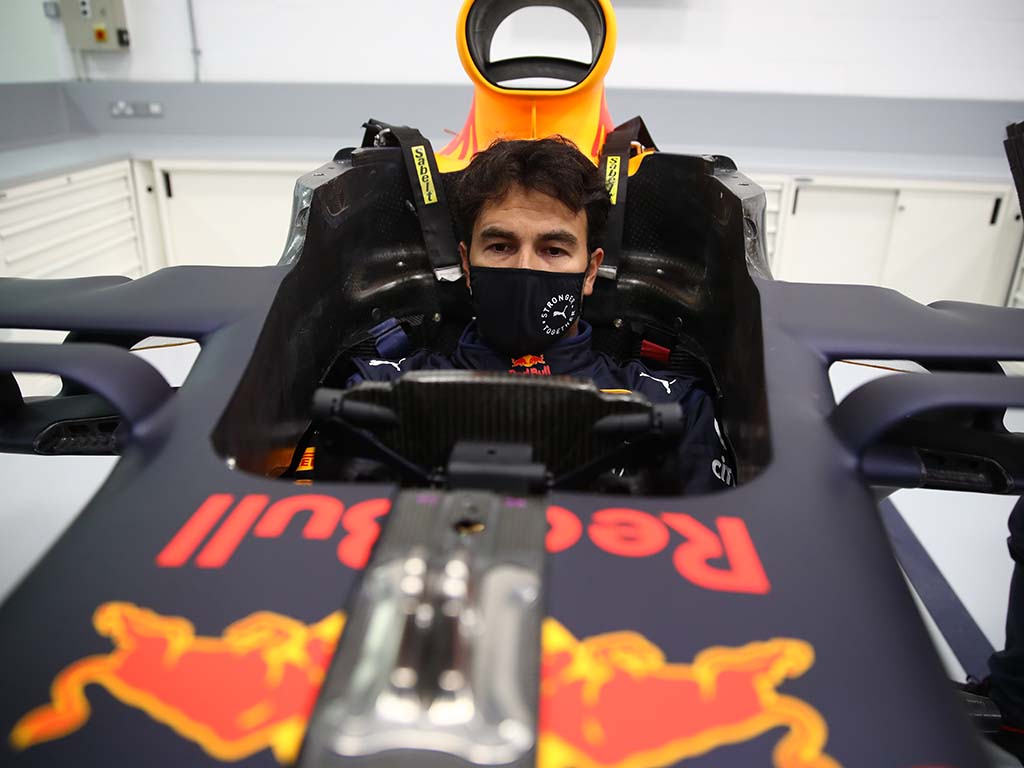 Sergio Perez plans to “over-deliver” for Red Bull as he joins forces with Max Verstappen to take the World Championship fight to Mercedes.

The Mexican has given his first interview to his new team having arrived for a tour of the factory and a seat-fit for the 2021 car he has been chosen to drive.

The reason for Perez’s selection was an ultra-consistent 2020 campaign for Racing Point in which he completed a run of 18 consecutive points finishes in races he contested, followed by his first F1 victory at the 190th attempt in the Sakhir GP.

Now he fully intends to justify his place by doing the opposite of his Red Bull predecessors Pierre Gasly and Alex Albon – by wringing the maximum from the car and finishing in even higher positions than its potential.

“I am always pushing to the maximum and last year I finally had a car that I could show a bit more and people saw what I am capable of, but now is my big opportunity,” said the 31-year-old, whose 11th F1 campaign will begin at the Bahrain Grand Prix on March 28.

“I have to go on to the next step in all aspects and I think I’m ready for it.

“The only thing I was lacking was the opportunity. Now I have it, it’s up to me to make it work.

The moment you've been waiting for 😉🥁 @SChecoPerez in his new Team colours 🔥 #HolaCheco 🇲🇽 pic.twitter.com/pGALh1rLvG

The decision to hire Perez was considered long and hard by the Red Bull bigwigs, but he finally got the nod over Albon who was dropped to a reserve and test driver role having been left trailing in Verstappen’s wake throughout last season.

“I hope we are going to have a really good season and it’s the only way I can repay Mr Mateschitz, Dr Marko, Christian [Horner], Adrian [Newey] and all the team,” added Perez.

“Nobody before has given me the chance to be in a big team. It’s an opportunity I have worked so hard for – for more than 15 years. I think it’s come at the right time, I’m ready for it and I will grab it with both hands.

“We are going to hear the Mexican national anthem many times this year, I hope!”