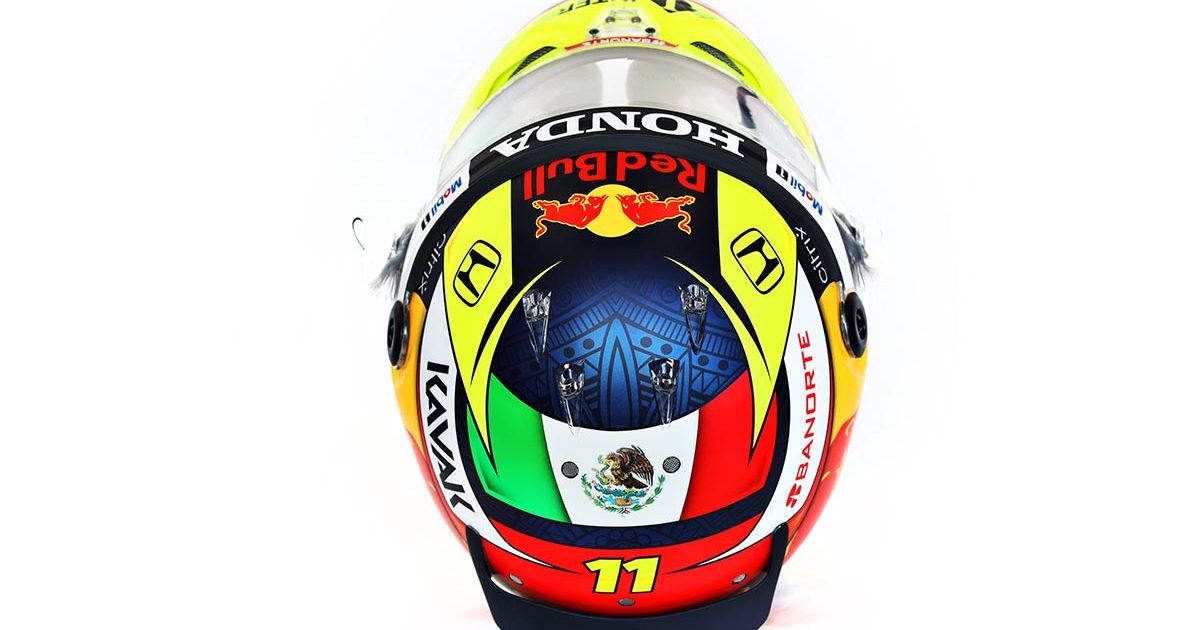 Sergio Perez has unveiled his first helmet as a Red Bull driver, calling it his “favourite” in his Formula 1 career so far.

Even though it looked for a long time that ‘Checo’ may not get a seat at all for the 2021 season, his preparations with Red Bull are now well under way as he gets ready to partner Max Verstappen.

The new challenger which will take to the track on the opening race weekend of the campaign in Bahrain was unveiled on Tuesday morning, with the RB16B being revealed on social media platforms.

Then followed Perez with his new helmet, which it is fair to say he is very happy with – labelling it the best he has had so far in his career.

Showing off his new headgear, he said: “I’m very pleased to finally unveil my racing helmet for my first Red Bull helmet in my career. I was so much looking forward to this moment since I signed for Red Bull.”

He later added: “It’s definitely my most favourite helmet in my career. I’ve done plenty of helmets but this one to me is very special.”

The top of the helmet shows off the Mexican flag, just on top of his yellow number 11, while the same colour is used quite heavily elsewhere – as was the case with Perez before his pink days with Racing Point.

The Red Bull logo runs alongside both the left and right side of the helmet, with Perez saying it looks “pretty awesome”.

“As you know, yellow has been always my colour,” he said. “But in the past I always had to keep it pink, so now I’m pleased to finally go back to a yellow helmet.

“Another very special touch is the [words] ‘Never Give Up’ on the back, which every time I put the helmet on I can see it and it’s just like a reminder not to give up at all.”

That ‘Never Give Up’ message is particularly fitting of Perez himself, who could have quite easily lost faith after Racing Point chose to replace him last season. But he will return to the grid in 2021 hoping to prove himself with Red Bull, who themselves will be looking to close the gap to Mercedes.