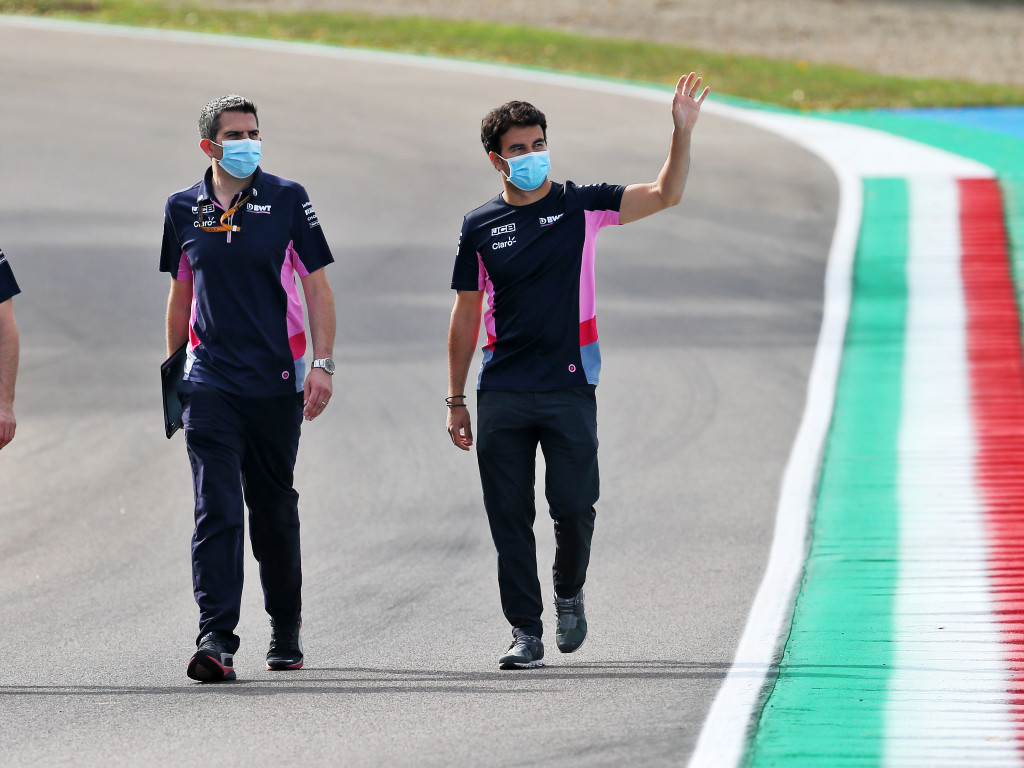 Sergio Perez says he still sees Red Bull as a possible destination for 2021 with the Mexican racer set to become a free agent.

Perez is flying high in the 2020 Drivers’ Championship, currently occupying P6 with 74 points, a total he achieved despite missing both races at Silverstone back in the summer.

But it wasn’t enough for him to retain his seat at Racing Point with Sebastian Vettel getting the nod as the team enter a new era as Aston Martin.

Of course though a driver with Perez’s credentials certainly attracts the interest of most teams when they’re on the market, and one place where there could be an opening is Red Bull if they decide not to continue with Alex Albon.

And Perez has confirmed that they are an option for him until that is taken off the table.

“I don’t rule them out, I think, at the moment,” he told reporters ahead of the Emilia Romagna Grand Prix.

“Until they’re not confirmed they’re an option, the same as every team that hasn’t confirmed. I think as the time is running there is very, very few opportunities to remain on the grid for next year.”

Perez added that he hadn’t thought “in detail” about the idea of being a number two driver to Max Verstappen at Red Bull.

“The number two status is given on track,” he continued.

“I would be very surprised if there is a team that when you come tells you that you are already a number two. I would be surprised on that, but obviously I don’t know how things work at Red Bull.”

Sergio Pérez: “I don’t rule out Red Bull as they haven’t confirmed the second driver and with time running out there are just a few open places at the grid.” @F1

What is clear to Perez though is that he can’t wait too much longer to decide his post-2020 plans.

“I think there is a very thin line in there, there is a time where you take the risk, wait, and then see what happens,” he explained.

“The season is coming to an end so I think it’s important for teams to know what’s going on, what’s happening going forward and for drivers too. I’m looking at all my possible options and I cannot take too long any more.”

Red Bull have confirmed that they will make a decision on their 2021 line-up within the next few weeks, meaning Albon likely has only the Emilia Romagna Grand Prix left to secure his seat for 2021.