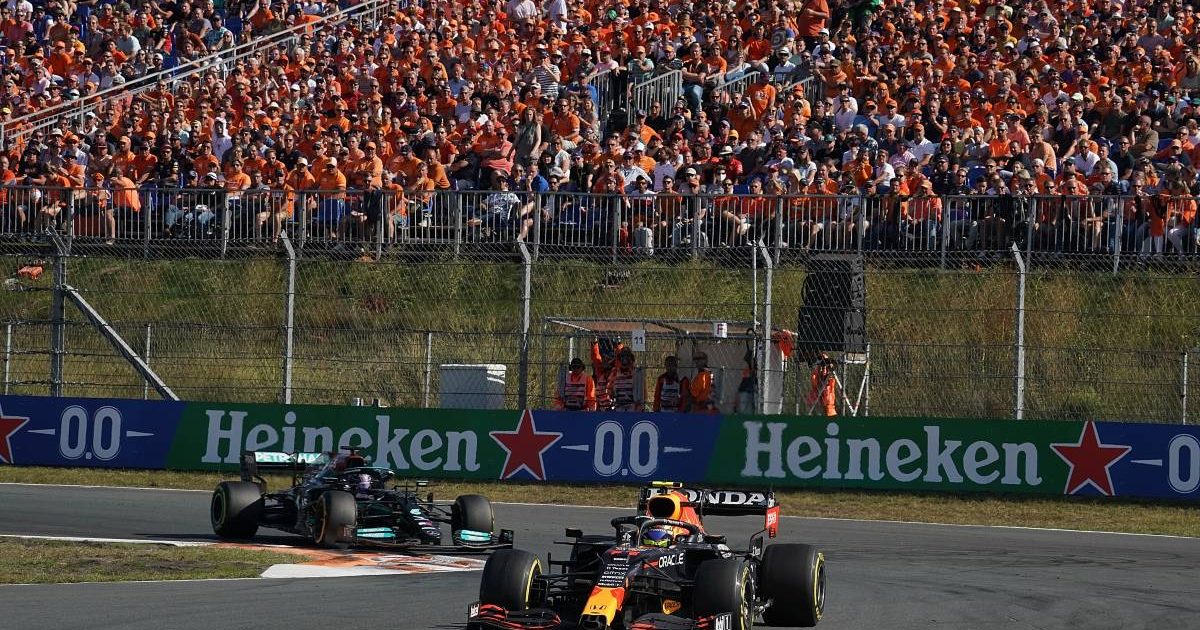 Mercedes see Sergio Perez as a potential spanner in the works to Lewis Hamilton’s hopes of making swift headway through the Turkish Grand Prix pack.

Hamilton will start 11th on the grid at Istanbul Park after taking selected new power unit parts for the fourth time this season, incurring a 10-place penalty after setting the fastest time in qualifying.

Opinion is divided in the paddock about how quickly the Mercedes driver will be able to cut through the field to try and chase down his World Championship rival, Max Verstappen, who starts second alongside Hamilton’s team-mate, Valtteri Bottas.

From the Red Bull perspective, the good news is that they have three other cars from their two teams, the other being AlphaTauri, between Verstappen and Hamilton and whom they hope will provide a strong buffer.

The driver about whom Mercedes are most concerned is the Dutchman’s team-mate, Perez, who starts sixth and could potentially have the pace to keep Hamilton behind him for longer than the seven-time World Champion would wish.

Difficult conditions out there, we couldn't get the lap we expected in Q3!
Tomorrow is when it counts! #nevergiveup #turkishgp pic.twitter.com/6ld8qR5ri1

“It will be quite a challenge for Lewis to fight through without a tyre advantage,” said Andrew Shovlin, Mercedes’ trackside engineering director.

“There are some strong cars in that midfield pack and Sergio won’t be doing him any favours, but we’ve seen brilliant recovery drives from Lewis at Imola, Silverstone and Budapest so hopefully he can make it happen again.”

Perez was disappointed with his qualifying session, but the way the Honda-powered cars are positioned could actually work out well for Red Bull if the order remains relatively static in the early stages.

The Mexican driver felt his tyre strategy in qualifying had compromised his chances of starting closer to the front.

“Losing a set in Q1 was not ideal,” Perez told reporters. “That really hurt us today because we went to Q3 and we only had one new set [of soft tyres]. We basically put on the new set and we didn’t improve compared to the ‘used’ run we did in Q3 run one.

“That really put us out of position because for my final set I think the track improved quite a bit and we didn’t manage to improve as much. That meant we didn’t get the lap we were looking to.

“We picked up a lot of rear grip with the new tyres and I just understeered off and wasn’t able to get any lap time out of it.

“The conditions were tricky. We were reacting to things as they were coming, but I think we got a bit caught out with our strategy of tyre selection.”