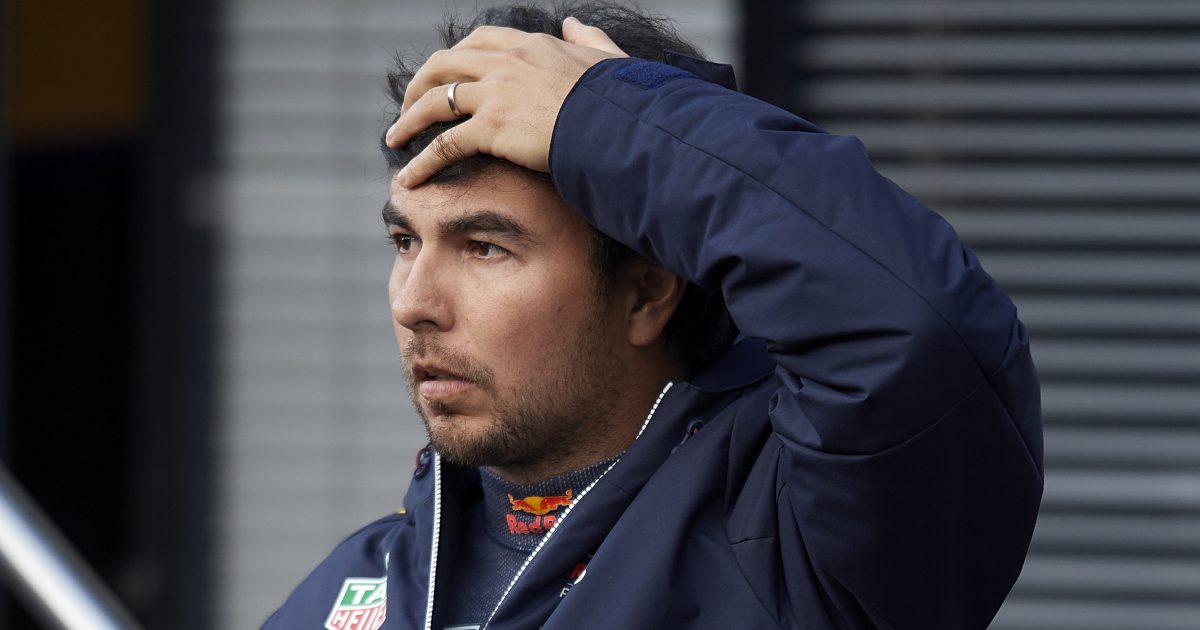 Sergio Perez says he does “not agree” that Russian athletes should pay a “price” for their president’s war, but that “unfortunately these are the consequences”.

Following Russia’s invasion of Ukraine, the world began to implement sanctions against Russia, which spilled into the sporting world.

The International Olympic Committee strongly recommended that all sporting federations ‘not invite or allow the participation of Russian and Belarusian athletes and officials in international competitions’.

The FIA opted not to do so, instead insisting that they can continue to race – but under the FIA flag.

It also declared that all Russian and Belarusian driver would be ‘subject to specific commitment and adherence to the FIA’s principles of peace and political neutrality’.

“I do not agree, because I don’t think an athlete can be held responsible for what his president does.”

However, days after the FIA’s announcement, Haas opted to drop Nikita Mazepin and his sponsor, Uralkali.

While it was a sure thing from the get-go that Haas would have to part ways with Uralkali, a Russian fertilizer company, Mazepin had hoped to retain his Haas race seat.

The driver agreed to all the FIA’s conditions but was still axed.

“It is difficult and a very sensitive subject,” Perez added, “but the main thing is that the majority of Russians do not agree with what is happening there.

“Like others, many athletes have spoken out against what their leader is doing, but unfortunately these are the consequences.”

Mazepin expressed his disappointment with Haas’ decision, claiming the team “completely ignored” his willingness to adhere to the FIA’s guidelines.

“I am very disappointed to hear that my F1 contract has been terminated,” he said in a statement on Saturday.

“While I understand the difficulties, the ruling from the FIA plus my ongoing willingness to accept the conditions proposed in order to continue were completely ignored and no process was followed in this unilateral step.

“To those who have tried to understand, my eternal thanks. I have treasured my time in F1 and genuinely hope we all be together again in better times.”

However, given that Mazepin was only in Formula 1 because of Uralkali’s sponsorship, his place on the grid was linked to theirs.