Home News Perez: ‘It is very important we help each other out’ 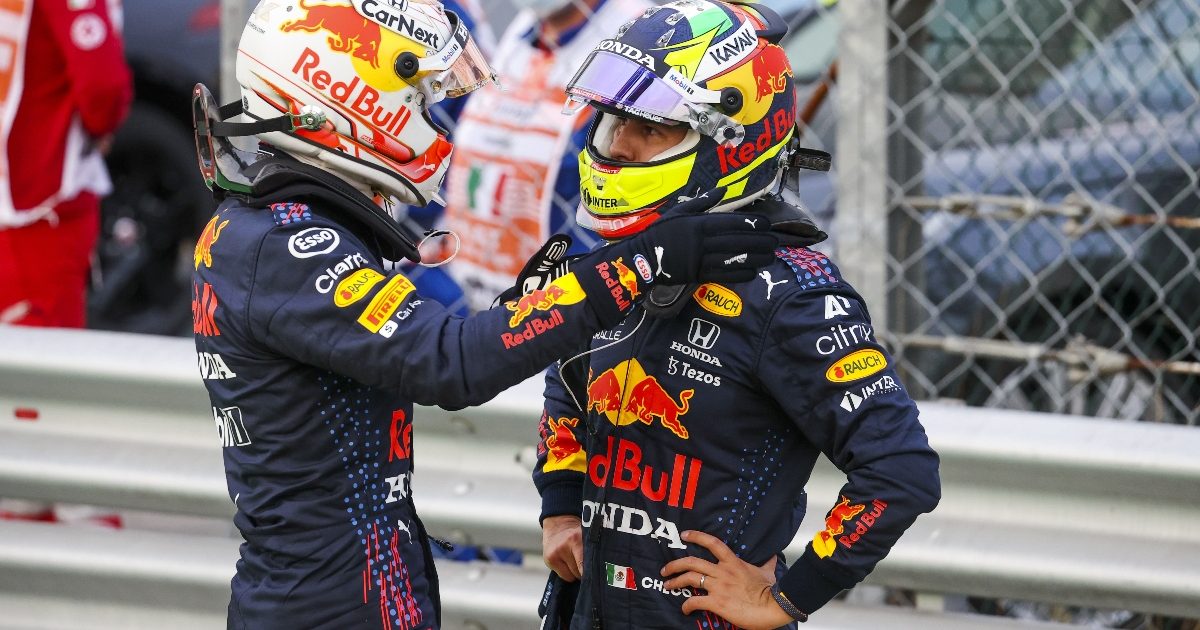 Sergio Perez says it’s “very important” that he and Max Verstappen work together and help each other out in the final rounds of the year.

Last time out at Monza, Perez was praised by his team after giving Verstappen a tow during qualifying, ensuring the Dutchman could take P3 and ending his own hopes of being up there with him, sacrificing as much as half a second.

Such a sacrifice proved costly in the race though as the Mexican wasn’t at the front to pick up the pieces and take victory when his Red Bull team-mate crashed out battling Lewis Hamilton.

Nevertheless, it doesn’t look like that will cause the team to change their approach going forward, with Checo stating that it’s crucial that the two drivers help each other when possible.

“It is very important we help each other out and try to get the most from each weekend for the team,” he said in the team’s preview for the Russian Grand Prix.

“Especially as we come towards the end of the season where there are less races to capitalise on.”

Setting our sights on Sochi 👀 The Bulls are ready for the #RussianGP 👊 pic.twitter.com/tbBP74P5uO

Next up on the calendar is Sochi, and it’s a track that Red Bull will be expecting to be on the backfoot at given how dominant Mercedes have been there, winning every single race.

They can at least take some hope from the fact that Perez has scored good results there himself, standing on the podium as a Force India driver in 2015, finishing P4 last year and securing points every time he has driven there in F1.

Indeed, he says that it’s a circuit he enjoyed driving at, but is still expecting Mercedes to be difficult to beat.

“Mercedes have won every race at Sochi since 2014 so they’re the favourites this weekend,” he said.

“They’re definitely going to be hard to beat but like always we will give it our best.

“Sochi is a track I like because it is very technical, fast and fluid which I think makes qualifying quite exciting.”

Perez is likely to be the lead Red Bull at the start of the race at least given that Verstappen has a three-place grid penalty for the incident in Italy.

He maintains he doesn’t deserve it, but is keen to put the matter behind him.

“I think you can reflect all you like but it’s important to look forward and keep pushing,” said the Dutchman.

“I still believe it was a racing incident, but we have been given a three-place grid penalty and we just have to work with it now.

“The race in Monza definitely wasn’t our day for many reasons, but now I just plan to look forward to Sochi.”

Is Russian Grand Prix about damage limitation for Red Bull?