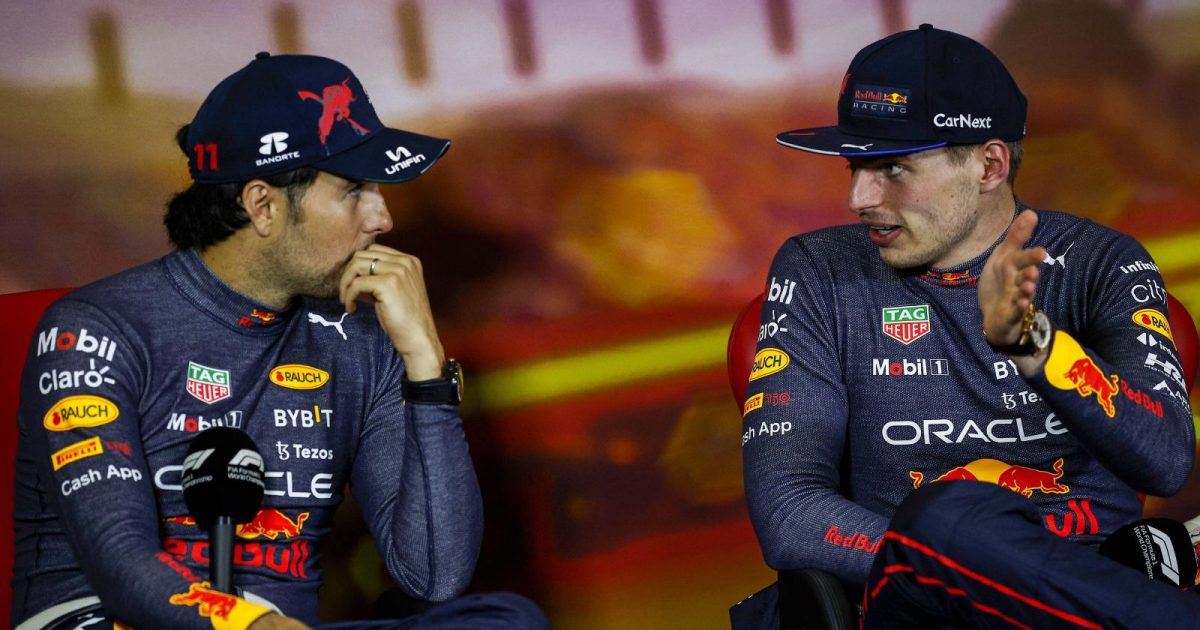 Sergio Perez has said he was told he would be given the place back when ordered to let Max Verstappen pass him during the Spanish Grand Prix.

The Mexican felt he was on course for a first win of the season before he was told to move aside for Verstappen to take the lead.

It was in stark contrast to earlier in the race when Perez, who was faster and had a working DRS, was not allowed to pass the Dutchman, who at that point was having difficulty overtaking George Russell.

Perez went on to finish second but was heard over the radio telling his team they needed to talk. Speaking after the race, the Mexican said he had been informed he would get the place back when he was instructed to let Verstappen through.

“Well, on the first stint, when I let Max by, I was told I was going to get it back,” he said when asked if he felt the race win was on. “And we knew we were on different strategies.

“So when I was back on it, I felt like I could have gone through and probably given a better shot at my strategy, to make it work. But at the end of the day it turned out to be the three-stop, the way to go today.”

Perez had been one of few drivers aiming for just two stops in the race and while there can be no doubting his ability to make the most out of old tyres, the other two-stoppers in the race showed three was likely the better way to go. The Red Bull driver stopped for a third time later on in order to successfully go after the fastest-lap extra point.

“I think what was clear was the three-stop was a better race, race time, and the various strategies, so I think if I went in that direction I would have won the race,” he said.

“And it worked out for Max. I think that was something we discussed. It was good because we didn’t know at the time which strategy would be the best one.

“I only felt in the first stint, when I gave the position to Max, I was told I would get it back and when I was on the two-stop I felt I could have gone through Max and George a bit earlier to try and make the strategy work, but probably it wouldn’t have been enough.

“But it still is a great team result, the season is still very young and I think the momentum in the team is great. So we just have to discuss a few things internally, but there’s nothing I’m concerned of.

“If anything, I can say the atmosphere in the team, the momentum we are carrying, it is tremendous, like no other team, so I’m pleased with that.”