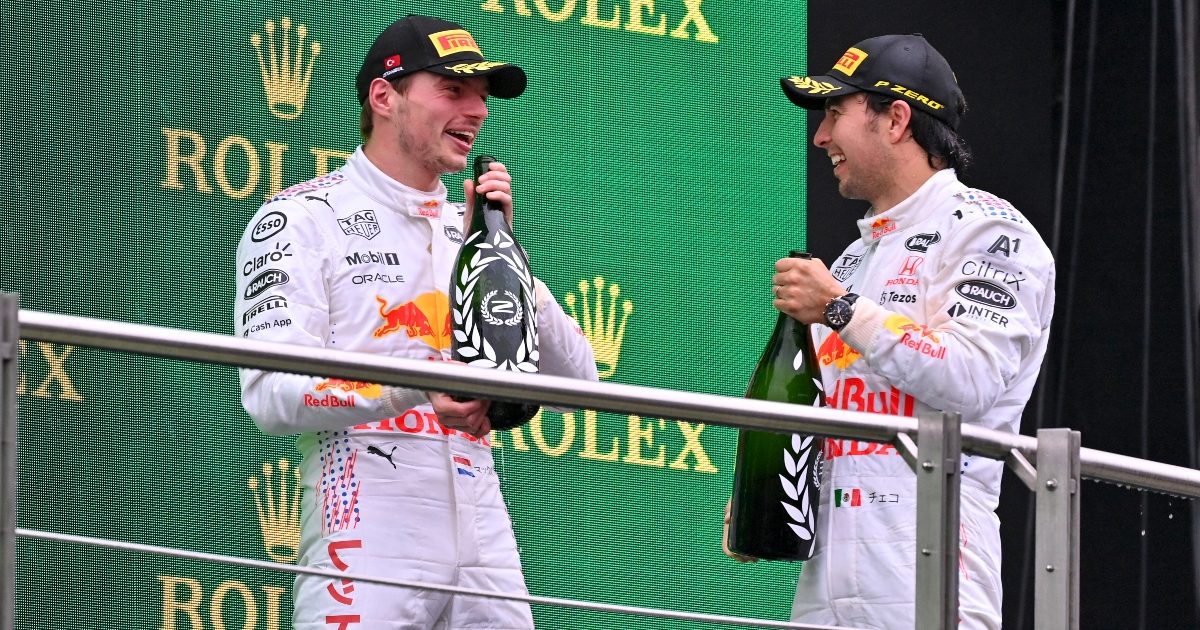 After feeling that his luck was completely out at Monza and Sochi, Sergio Perez finally put the record straight with P3 at the Turkish GP.

Brought in to assist a Red Bull attack on the Constructors’ Championship, and to aid Max Verstappen in a Drivers’ Championship push, Perez had found himself in a recent baron spell.

The second-half of the campaign has been a slow burner for Perez, but at last he was able to return to the podium at the Turkish Grand Prix, his first top-three finish since the French Grand Prix in June.

It was a result long overdue then, especially since Perez felt the previous two rounds saw podiums cruelly ripped out of his grasp.

“Honestly, the last few races have been so unlucky,” he said during a press conference after the Turkish Grand Prix.

“It’s been like coming already for many races but certainly it’s nice, especially like today [Sunday] where I felt so uncomfortable with the car and we didn’t have quite the pace to match the Mercs, and I feel like we maximised our result today and I’m sure if we are able to do that for the next six races, we can still win the championship.”

If Red Bull are to taste title glory for the first time since 2013, then Perez will need to play a key role in that.

So, it will be a big boost for Red Bull that Perez agrees with the idea that he has turned a corner after that performance in Turkey.

“Yeah, definitely,” he replied to that suggestion.

“The whole weekend has been a lot more competitive. Yesterday [Saturday] in qualifying we didn’t get to show that because we were very aggressive with our strategy, so that put us on the backfoot with the soft tyres into qualifying.

“I think we just miss that couple of tenths that we had in hand, because we’ve shown good pace throughout the weekend and I’m sure we could have had a much better qualifying. So yeah, certainly I can see that understanding, I am getting more together with the car.”