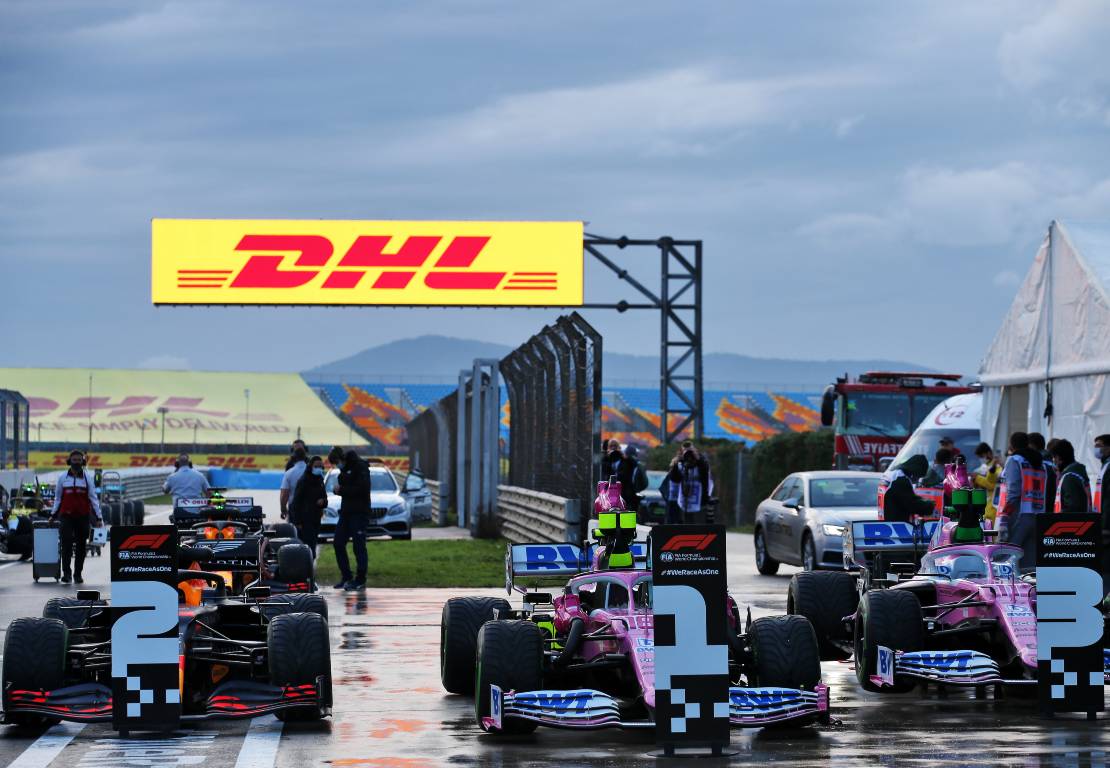 Sergio Perez blamed Antonio Giovinazzi for costing him the chance of a first ever pole position after qualifying third for the Turkish Grand Prix.

The Mexican had been on course to give Racing Point a front-row lockout along with his team-mate Lance Stroll, whose own pole position celebrations were allowed to continue when the stewards cleared him of ignoring yellow flags following an investigation.

However, Perez felt he could have been the quickest man in Istanbul instead of finishing behind Stroll and Max Verstappen, especially having held provisional pole position until the dying stages of Q3.

With one last chance to clinch top spot on a drying track, Perez had set a ‘purple’ first sector but then found himself compromised by Alfa Romeo driver Giovinazzi – who ironically was appearing in the top-10 shootout for the first time this season.

In all the excitement we almost forgot to post this! What a masterclass from these two out there 👏#TurkishGP #F1 pic.twitter.com/wQWKqfSVYw

“We were on pole lap after lap until the end, really,” said Perez, who is still seeking a drive for 2021 as he is being turfed out of Racing Point at the end of the season to make way for Sebastian Vettel.

“We were pretty unlucky at the end when the track was at its best. I had Giovinazzi in front. He went off at turn five, came back onto the circuit and I couldn’t overtake him, so that meant I wasn’t able to complete my final lap after a very good first sector.

“That lap was looking very good. But it’s a very good result for the team, something we were not really expecting.”

At least Perez has the consolation of starting on the clean side of the track, directly behind his team-mate Stroll and with Alex Albon in the other Red Bull alongside him.

“I definitely prefer P3 than P2,” he added. “I think tomorrow at the start there will be a good difference.

“We have to see what happens with the Mercedes, we depend on them a bit, but from our side we just have to do a perfect day tomorrow and we can be strong.”

Another incident in which Perez was involved was in Q1 when, on a ‘hot’ lap, he was impeded by Carlos Sainz who was not pushing.

The McLaren driver was given a three-place grid penalty but even though it had potentially threatened Perez’s progress in qualifying, he was happy to shrug it off.

“In the end it didn’t affect me,” said the Racing Point driver. “It was a bit of a mess in the conditions out there. I think we can move on from that one.

“I was close to being knocked out in Q1 as I had a yellow flag on my final lap and had to abort it. I ended up P15, so that was close.”