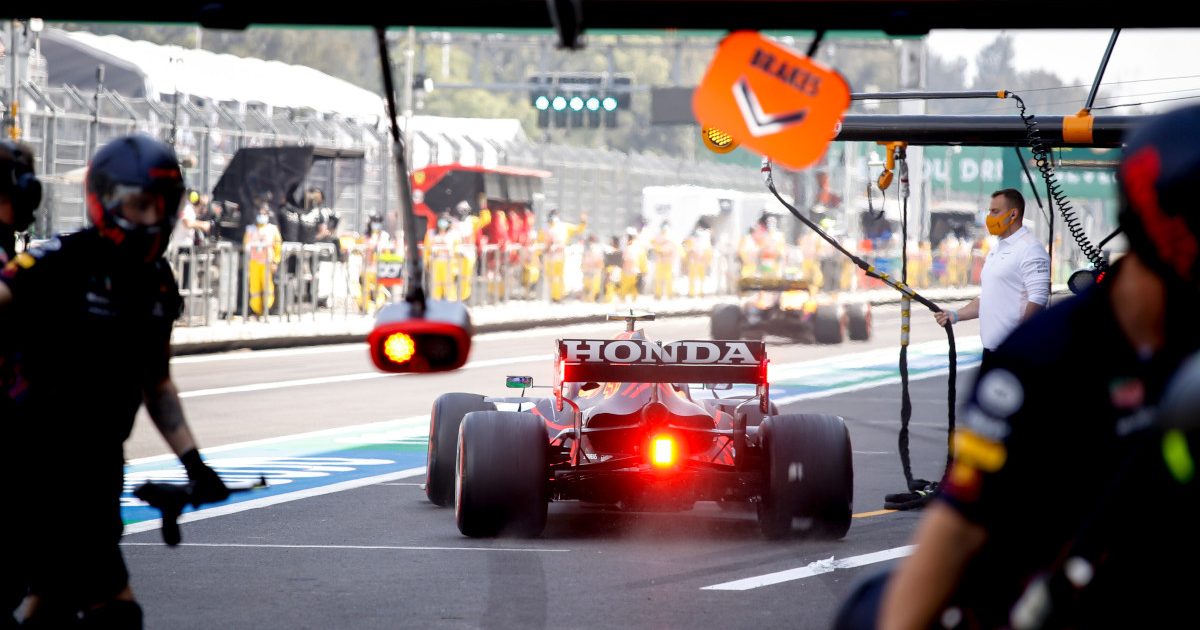 However a few hours later in the build up to qualifying, the Red Bull mechanics were seen working on both RB16Bs, their work focused on the rear wings. Verstappen’s wing, specifically, was seen sporting a bit of tape on it.

The team-mates went into qualifying with many predicting a Red Bull lock-out only for Mercedes to pip them to the front row.

Verstappen finished third fastest with Perez P4 after a late mistake from the Mexican driver meant neither was able to improve on their previous best.

Perez, who was almost half a second down on pole-sitter Valtteri Bottas, has since stated that part of his deficit was down to Red Bull’s decision to give him the wing that Verstappen ran in FP3, even though the Dutchman had a “problem with” it.

“The car was not the same as the one in the third practice session after we had to change the rear wing, but we made a couple of adjustments in the session,” Perez said as per the Spanish edition of Motorsport.com.

“Max had a problem with his wing in FP3 and they gave that wing to me and, I don’t know, from the first qualifying round on the car was never the same again.”

Red Bull’s decision can most probably be explained by the fact that Verstappen is going for the championship, Perez is not.

The Dutchman heads into Sunday’s race 12 points ahead of Lewis Hamilton with 133 points in play.

Asked about the wing situation after qualifying, Verstappen downplayed the issue.

“Yeah,” he said, “they were cracked after FP3 so we had to patch them up and basically they were like new to start qualifying, so I don’t think that had anything to do with it – but of course we’ll have a look into it again.”

Red Bull were also left one wing short in Mexico when Perez rear-ended the barrier in Friday’s FP1, the 31-year-old returning to the pits with half a wing on the back of his car.

The team’s advisor Helmut Marko told ORF on Friday night that had meant the team was left short on parts.

He told Austrian broadcaster ORF: “The rear wing is also completely broken. That is of course a handicap because we have three races in a row and we have almost no spare parts left.”