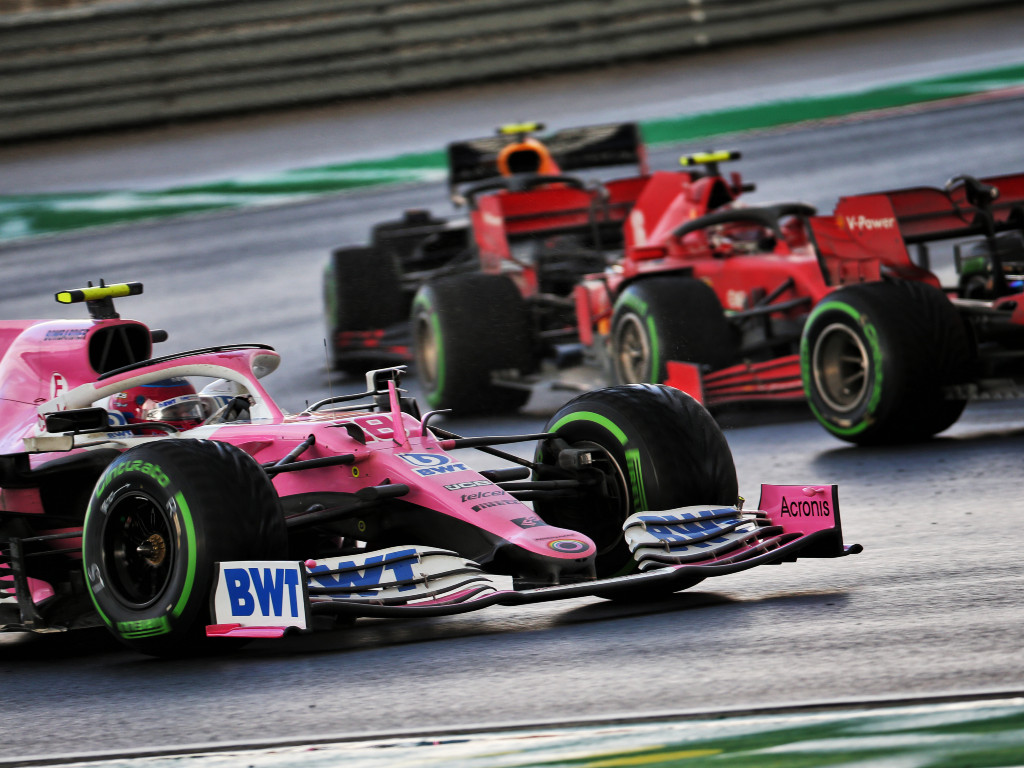 Racing Point have revealed that damage to Lance Stroll’s front wing “significantly” contributed to his graining issues at the Turkish GP.

The Canadian racer claimed a shock first pole position of his career in the wet at Istanbul Park, and after a strong start off the line he retained his lead and built a nice gap over team-mate Sergio Perez as the Racing Points ran P1 and P2.

Slowly Stroll’s pace would tail off though, and once he pitted for intermediate tyres he burned through them almost instantly.

The same happened when a new set were fitted to the RP20 and Stroll found himself sinking like a stone down the order, eventually finishing P9.

Stroll was understandably frustrated after the race with the reason for the severe graining of his tyres a mystery, but now Racing Point have comfirmed that damage was found on Stroll’s front wing which was a “significant” cause of the issue.

“During the team’s routine post-race car set down, we discovered damage to the underside of Lance Stroll’s front wing that was a significant contributor to the graining issues he experienced during his 2nd and 3rd stints on the intermediate tyres at the Turkish Grand Prix,” they wrote in a statement.

“Lance reported poor tyre performance, significant understeer and graining from lap 17 onwards in the race. Pitting for a fresh set of intermediates on lap 36 failed to resolve the problem, with the graining becoming even more severe.

“Data during the race confirmed there was a significant loss of front downforce – but with no visible damage to the top side of the front wing, combined with the low-grip conditions, it was difficult to confirm whether the data was correct.

“It was only after the race, when the car returned to the garage, that the damage and blockage to the underside of the front wing was discovered.”

Perez went on to finish the race in P2, while Stroll’s two points for P9 were also vital as Racing Point returned to P3 in the Constructors’ Championship and established a five-point gap over McLaren.