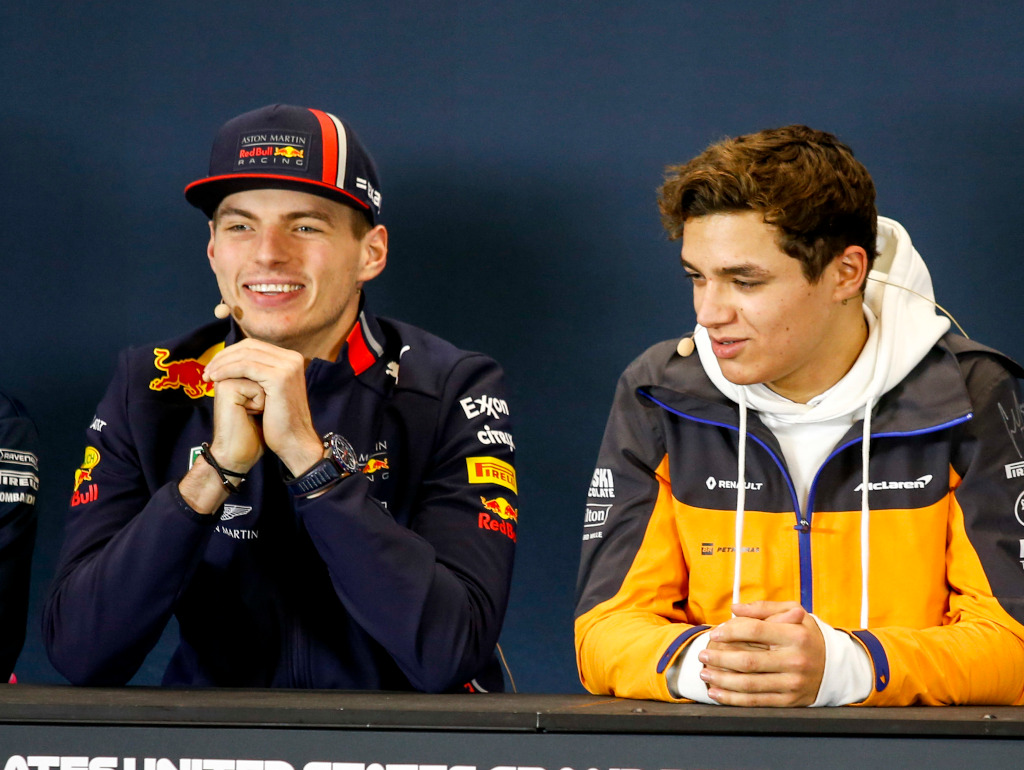 Lando Norris says the buzz which he gets from sim racing is the same as what he feels when taking part in real-life racing.

Esports has surged in popularity in recent months with the Formula 1 season on hold, and Norris has been at the front of it.

But while simulator racing can never truly compare to real-life racing, for Norris the thrill is the same for both.

“One of the more appealing things is the competitiveness,” he told the Formula 1 website.

“We’re racing against other real drivers, such as Max [Verstappen], while some others are top in other categories like GT3 or DTM. The grids are so close, split by hundredths and thousandths.

“We get the same buzz for that and trying to perfect a lap, trying to be P1 in a very competitive field, you still get just as much of a buzz and enjoy it as much as we do from doing it for real.

“It’s also good fun to race others. You always believe you can do better and you can beat them, so you keep playing more.

“That’s why it’s so addictive, for myself anyway, and why so many people love it and have started to do it.”

Norris said that an average day for him would see him gaming for “for to five hours”. For ten days earlier this month he had been gaming every day from around 4-5pm to around 10-11pm. “That’s not always on a simulator,” he said. “I play other games like Rocket League or Escape From Tarkov or Call of Duty.

“I’ve been streaming [in the simulator] every day and I’ve decided to keep that up and do it more regularly.

“I’d say on average I’m on there between four or five hours. It changes depending on the competition or how I’m feeling sometimes, whether I don’t want to focus so much and want to relax and be more like other kids in a way and playing Call of Duty or something like that.

“Sometimes you are so caught up and enjoying the moment you are in, whether I’m streaming and chatting to everyone, or playing difficult games with different people – sometimes I’m enjoying it and I forget how much time can pass by during the day. Suddenly it’s 11 o’clock and you’ve forgotten to have dinner or something.”

Just like in the real-life Formula 1 racing, Norris practices tirelessly in the simulator to squeeze everything out of his lap times.

“I spend hours on sim racing, but I do more on particular programmes than others,” he explained.

“You get some drivers who, say, on the F1 game, are extremely quick.

“Some of these drivers, you see more now, have gone to playing one game, such as F1, onto iRacing or rFactor and they are not as special as they are on the other game, the one they play more often.

“For some of us, it’s just about going on and trying to have some fun racing, rather than always trying to figure out every single thing we can do. If there was more at stake, maybe we would try and exploit more. But now, we just want to do as well as we can.”